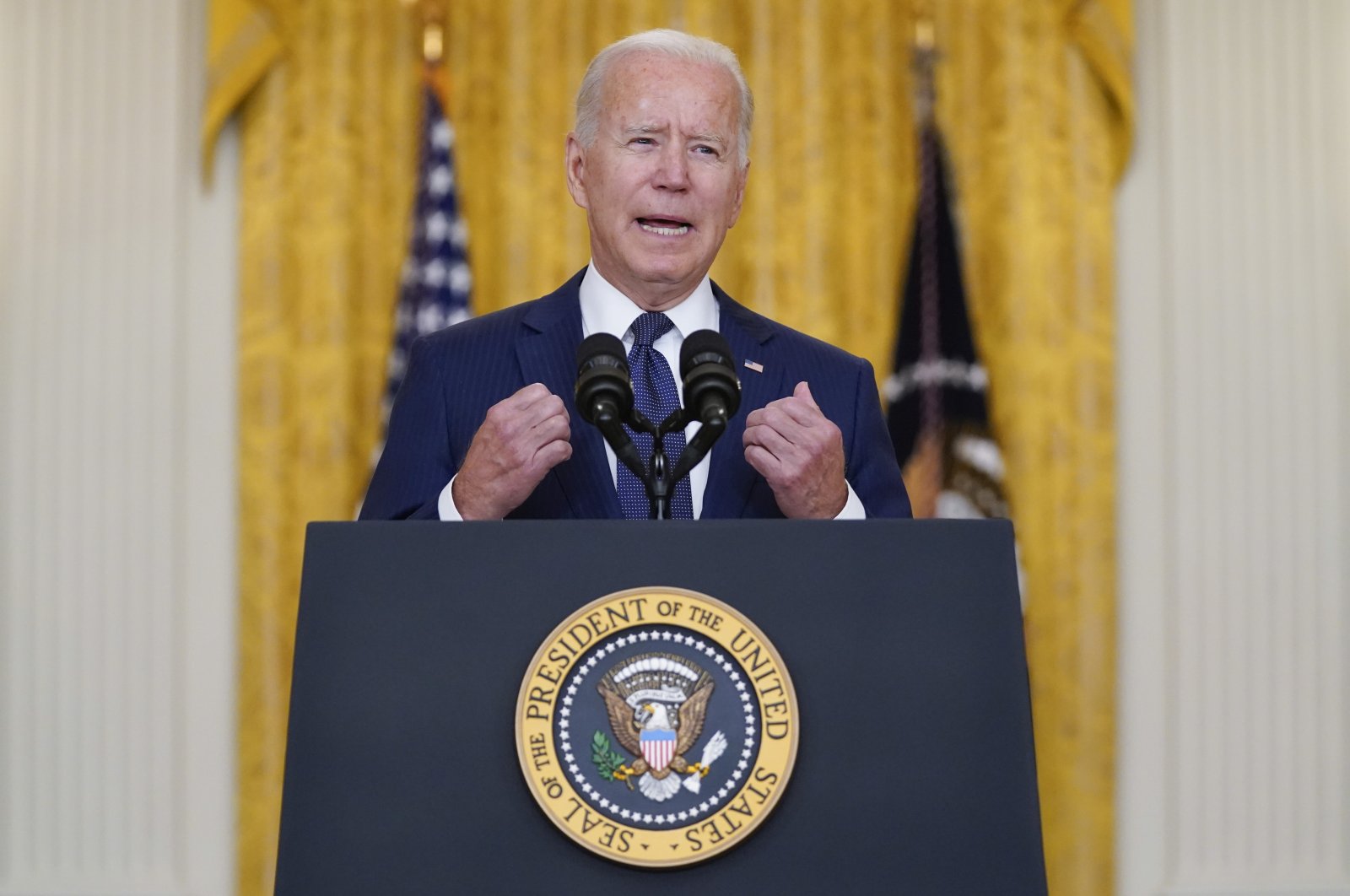 U.S. President Joe Biden speaks about the bombings at the Kabul airport that killed at least 12 U.S. service members, from the East Room of the White House, Washington, U.S., Aug. 26, 2021. (Photo by Evan Vucci via AP)

US to retaliate against Daesh for Kabul blasts, warns of more attacks

The United States will hunt down the attackers of the twin explosions at Kabul Hamid Karzai International Airport in Afghanistan, President Joe Biden vowed on Thursday and said he has asked the Pentagon to develop plans to strike back at Daesh militants.

“We will not forgive, we will not forget. We will hunt you down and make you pay,” he said in remarks addressing the nation from the White House.

Daesh’s Afghanistan branch has been planning a complex set of attacks on Americans in Afghanistan, Biden said.

The U.S. will continue the evacuation, he added.

There is no sign of ‘collusion’ between Taliban and Daesh in the attack, Biden also said and reaffirmed Aug. 31 troop pullout deadline from Afghanistan.

Earlier, the U.S. general overseeing the evacuation from Afghanistan said that the United States will “go after” the perpetrators of the Kabul airport attacks if they can be found, warning that they expect these attacks to continue.

Two suicide bombers and gunmen attacked crowds of Afghans flocking to Kabul’s airport Thursday, transforming a scene of desperation into one of horror in the waning days of an airlift for those fleeing the Taliban takeover. At least 60 Afghans and 12 U.S. troops were killed, Afghan and U.S. officials said.

Gen. Frank McKenzie said the attacks on Thursday were believed to have been carried out by fighters associated with the Daesh terrorist group’s Afghanistan affiliate.

He said the attacks, which killed 12 U.S. service members, would not stop the United States from continuing its evacuation of Americans and others. McKenzie warned there are still “extremely active” security threats at the airport in the Afghan capital.

“We expect these attacks to continue,” he said, adding that Taliban commanders have been asked to take additional security measures to prevent another suicide bombing on the airport’s perimeter. He said he sees no indication that the Taliban allowed Thursday’s attacks to happen.

Also Thursday, Defense Secretary LLoyd Austin suggested the evacuation will go on and expressed his “deepest condolences to the loved ones and teammates of all those killed and wounded in Kabul today.”

“Terrorists took their lives at the very moment these troops were trying to save the lives of others,” he said. “We mourn their loss. We will treat their wounds. And we will support their families in what will most assuredly be devastating grief. But we will not be dissuaded from the task at hand.”

“To do anything less – especially now – would dishonor the purpose and sacrifice these men and women have rendered our country and the people of Afghanistan,” the statement also said.

Following the statements, the Daesh claimed responsibility for the attack outside Kabul airport on Thursday, the group’s Amaq News Agency said on its Telegram channel.

A suicide bomber from the militant group “managed to reach a large gathering of translators and collaborators with the American army at ‘Baran Camp’ near Kabul Airport and detonated his explosive belt among them, killing about 60 people and wounding more than 100 others, including Taliban fighters,” it said.

This article originally appeared in DAILY SABAH on 27 August 2021.