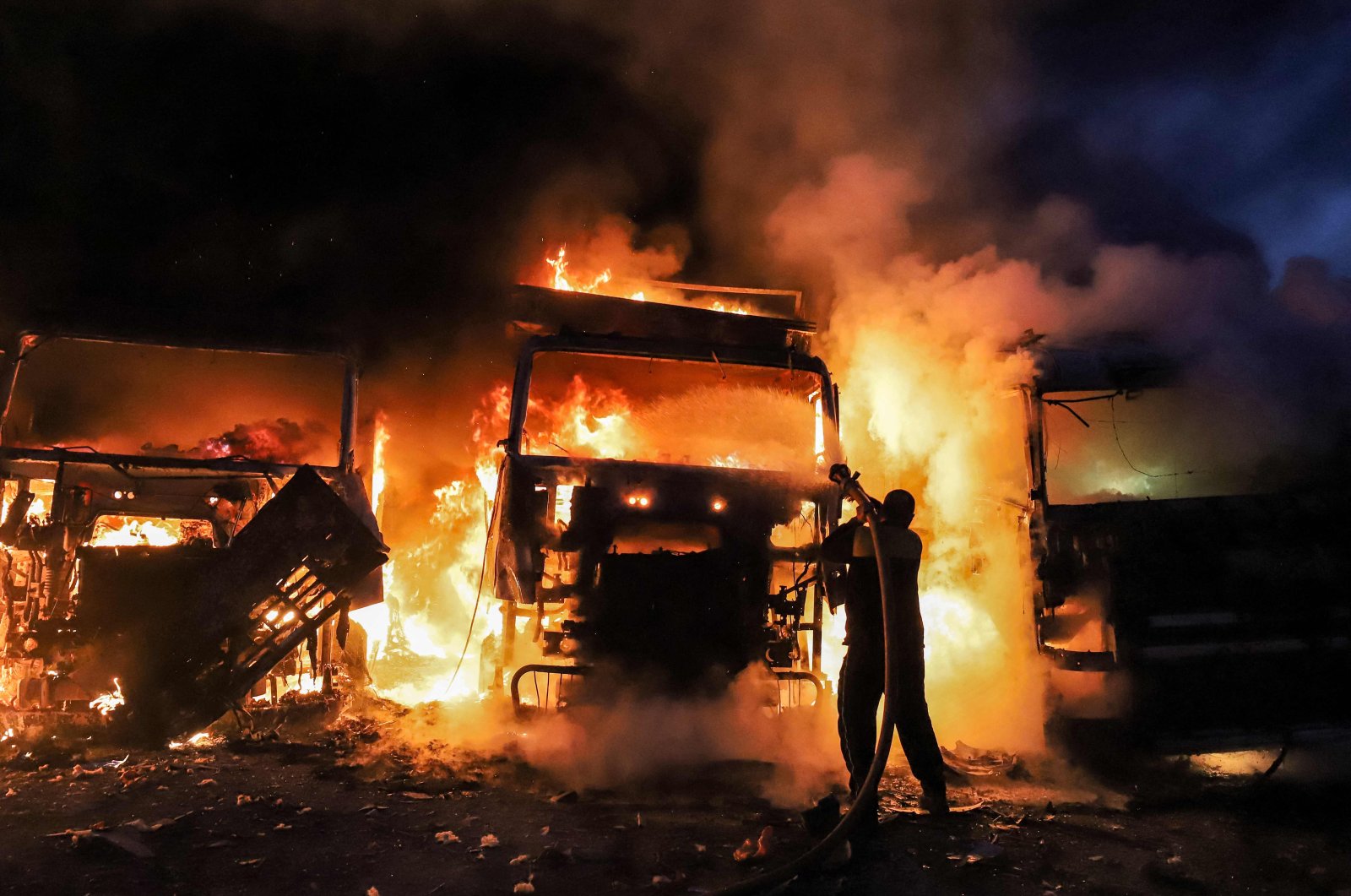 Members of the Syrian civil defense try to put out several trucks and freight vehicles on fire in the aftermath of airstrikes at a depot near the Bab al-Hawa border crossing between Syria and Turkey in Syria's opposition-held northwestern Idlib province on March 21, 2021. (AFP Photo)

The U.S. and the United Nations condemned Monday a wave of Russian and Assad regime airstrikes in Syria over the weekend that targeted a hospital and killed several civilians.

The hospital was struck by artillery shelling Sunday morning, injuring five staffers and killing six patients, including a child, according to the Syrian American Medical Society. The hospital, which had been providing badly-needed services sustained extensive damage, and has been shuttered.

An additional Russia airstrike on the al-Bab border crossing with Turkey killed one civilian and injured two others.

“Bab al-Hawa remains the only U.N.-authorized humanitarian border crossing in Syria and remains the most efficient and effective way to provide life-saving humanitarian assistance to approximately 2.4 million Syrians every month,” Price said.

“Civilians, including civilian medical personnel and facilities, must never be the target of military action. This violence must stop – we reiterate our call for a nationwide ceasefire,” he added.

Meanwhile, the U.N. also criticized the attacks, saying that airstrikes targeted areas considered the safest in the opposition-held region.

Mark Cutts, U.N. deputy regional humanitarian coordinator for the Syria crisis, called the attacks “extremely worrying” because they endangered the lives of the area’s most vulnerable population.

“Many of the camps are in that area, about a million people in camps around that area. They are highly vulnerable when airstrikes and shelling happen,” Cutts told The Associated Press. “It is also the area where many of the humanitarian organizations have offices and warehouses. They put their warehouses and offices there thinking that was the safest part of Idlib. So when that starts coming under attack that is extremely worrying.”