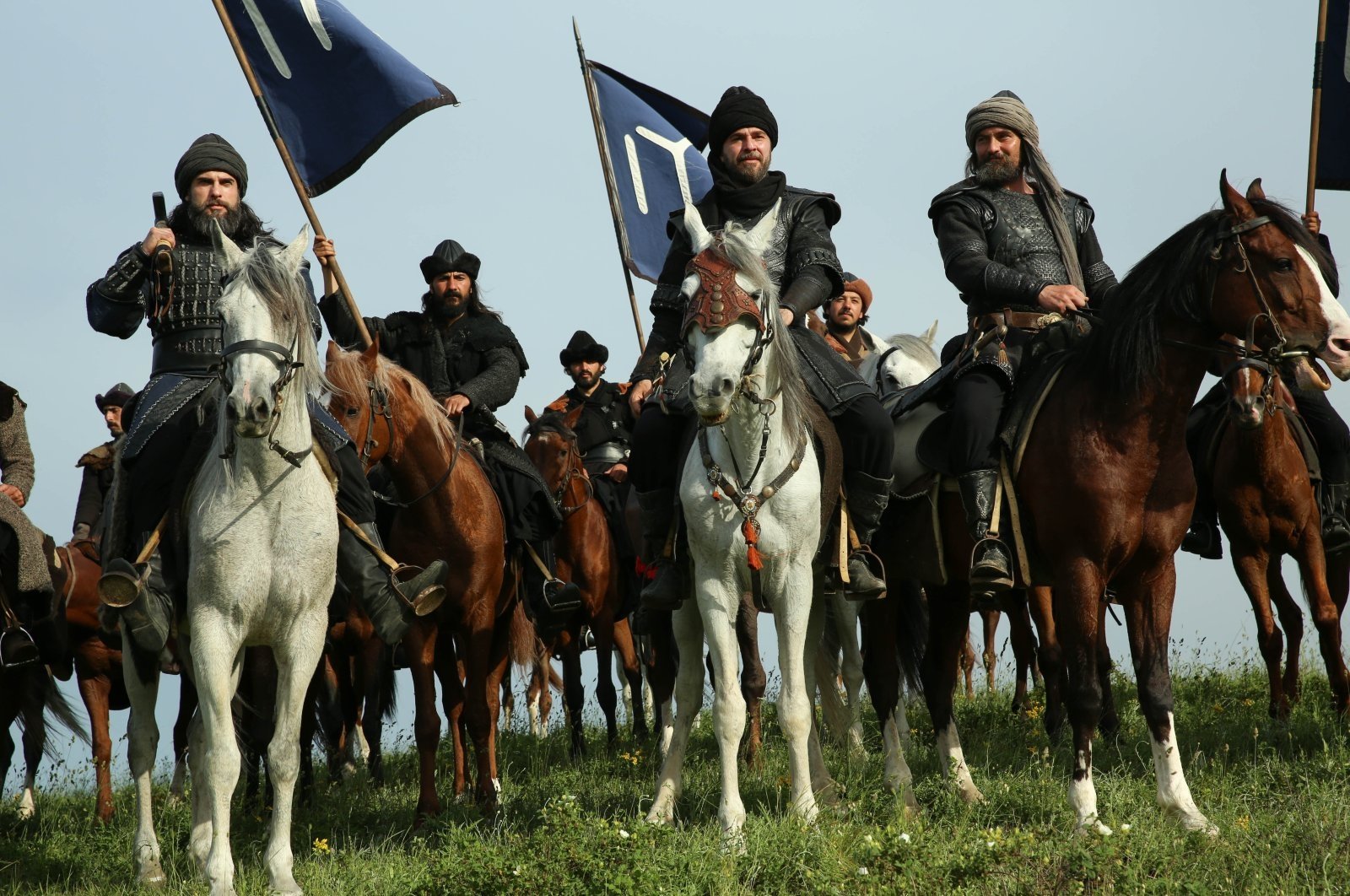 US woman influenced by ‘Resurrection: Ertuğrul’ converts to Islam

Impressed by the Islamic teachings conveyed by one of the characters in the popular historical drama “Resurrection: Ertuğrul,” a 60-year-old woman living in a small town in the U.S. state of Wisconsin converted to Islam.

The wildly popular series about a Turkish tribe that went on to found the Ottoman Empire, has a big following from all around the world, from the Americas to Asia. It revived interest in the ancient lifestyle of the Turks and the pre-Ottoman history of Turkey. For Khadija, as she calls herself now, it was Ibn-i Arabi, a character who serves as a spiritual mentor to the show’s lead character Ertuğrul Gazi, who warmed her to Islam.

The woman, who did not give her real name and did not disclose the place she lives in Wisconsin, told Anadolu Agency (AA) on Friday that she came upon the series, which ran between 2014 and 2019 on public broadcaster TRT, on Netflix, on a day when she was “upset.”

“It was about a history I’ve known nothing about. It got my attention with what it said about God, Islam, peace, justice and helping the oppressed,” she said.

Soon, she became a fan. But Arabi stood out among the other characters for her. Arabi, a real-life Arab Andalusian scholar who is portrayed as an acquaintance of Ertuğrul, the leader of the Kayı tribe, is a beloved character among fans for his words of wisdom based on his Islamic faith.

“His words sometimes drove me to tears. He was my favorite character. The show took me in, and I watched all seasons four times. I’d often stop playing and look up online for things the characters have talked about. I started looking up for more information about Islam and Ottman Empire,” she said.

Previously a Baptist Christian, Khadija said the moral values the characters in the show adhered to won her heart. “Coming across this show was a sign for me. I had questions about the faith in my mind and it cleared them,” she said.

She proceeded to learn more about Islam and read an English translation of the Islamic holy book, the Quran, before making up her mind to convert to Islam. She visited a local masjid and met the “kind” Muslim community there. She practiced how to pray and finally uttered Shahada, a sentence which is required for conversion to Islam and means “there is no God but Allah and Muhammad is His Messenger.”

The mother of six, who now covers her head with a headscarf, says her children have not questioned her about her new faith and only her youngest son noticed that she is now a Muslim.

Khadija now plans to visit Turkey where the popular show was shot and visit places where the real-world counterparts of the characters in the show lived and were buried. “I even thought about moving to Turkey. For now, I plan a trip in June, if the pandemic ends. Even thinking about this trip makes me cry,” she said. The one place she wants to visit is the tomb of Ertuğrul, whose son Osman went on to build the long-lasting Ottoman Empire.

“I thank Allah every day. I thank Him for giving me another day in this life. People are not aware how short it is. My message to the people is that they should not waste their time for wrong things. Life is not about what you dress, what car you drive. Look around, look carefully,” she said.

This article originally appeared in DAILY SABAH on 05 Feb 2021.