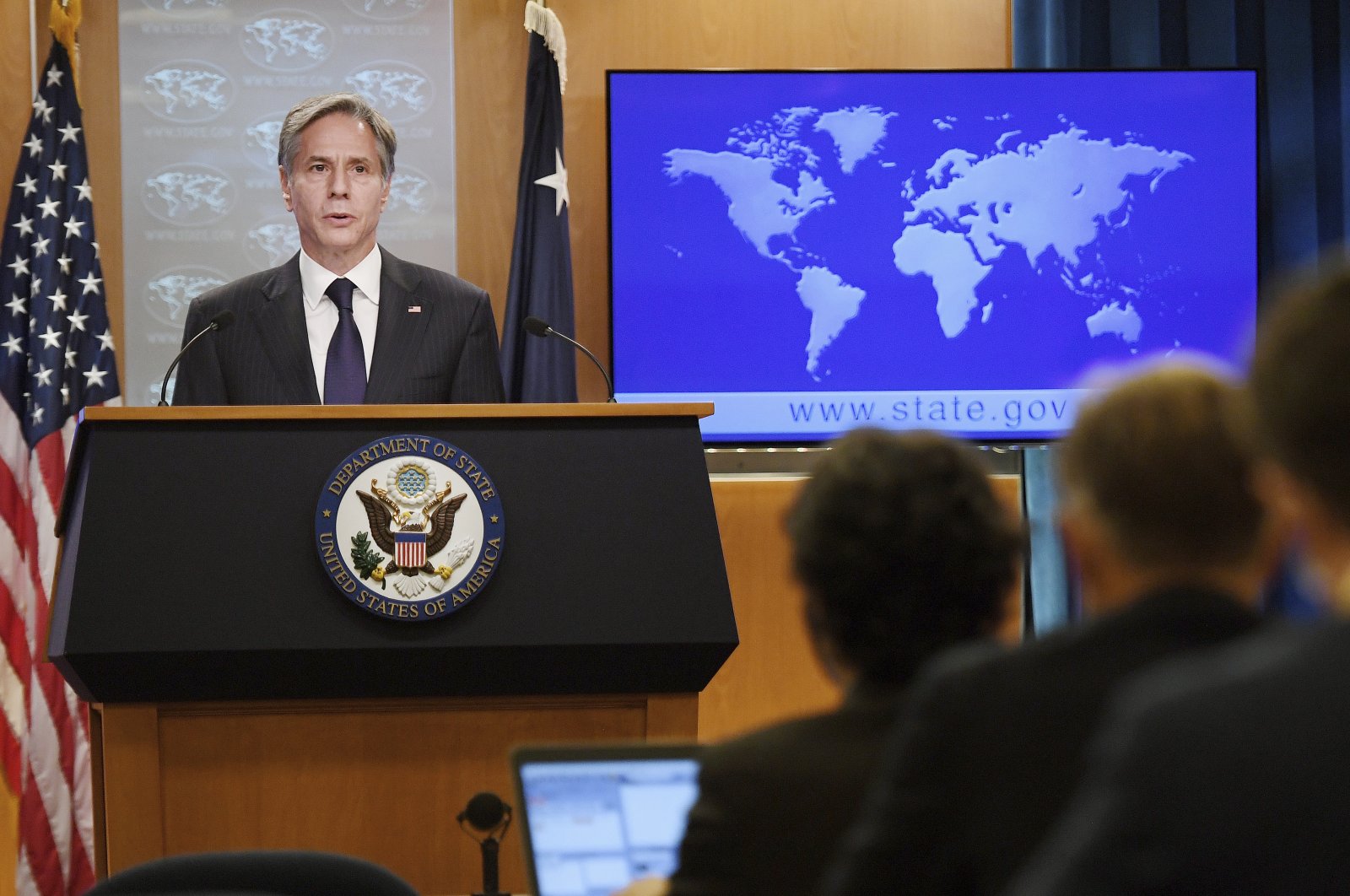 U.S. Secretary of State Antony Blinken speaks about Afghanistan during a media briefing at the State Department in Washington, D.C., Sept. 3, 2021. (AP Photo)

US working closely with Turkey, Qatar on Kabul airport: Blinken

The United States is “working closely” with its allies in Turkey and Qatar on quickly reopening Kabul’s Hamid Karzai International Airport, Secretary of State Antony Blinken said on Friday.

“We’re working closely with our partners Qatar and Turkey to help get the airport in Kabul up and running as quickly as possible,” he told reporters at the State Department.

Blinken and Defense Secretary Lloyd Austin are set to visit Qatar in a joint bid to thank the emirate for its ongoing efforts in Afghanistan, they announced on Friday.

The senior Biden administration officials will depart Washington on Sunday, and Blinken said he would be meeting with Doha’s leaders “to express our deep gratitude for all that they’re doing to support the evacuation effort.”

“I’ll also have a chance to meet with Afghans, including our locally-employed staff from Embassy Kabul, who are now safely in Doha preparing for their journey to the United States,” said Blinken.

Qatar played a critical role in facilitating U.S.-Taliban peace talks and served as a pivotal intermediary amid the hasty evacuation effort that concluded earlier this week.

During his travel that will also take him to Bahrain, Kuwait and Saudi Arabia, Austin “will meet with regional partners and thank them for their cooperation with the United States as we evacuated Americans, Afghans and citizens from other nations from Afghanistan,” the Pentagon said in a statement.

While Austin will stay in the region to meet with other key US allies, Blinken will leave Qatar for Germany where he will visit Rammstein Airbase to meet with Afghans seeking refugee status with the U.S. and Americans who are facilitating that effort at the military facility.

Blinken will also meet with German Foreign Minister Heiko Mass in-person and hold a virtual ministerial meeting with him and representatives of 20 other countries “that all have a stake in helping to relocate and resettle Afghans, and in holding the Taliban to their commitments,” the top diplomat said.

The Taliban recently declared the war in Afghanistan over after taking control of the presidential palace in Kabul, forcing Western nations to scramble to evacuate their citizens amid chaos at Kabul Hamid Karzai International Airport as frantic Afghans searched for a way out.

Former Afghan President Ashraf Ghani said Aug. 15, “The Taliban have won with the judgment of their swords and guns, and are now responsible for the honor, property and self-preservation of their countrymen,” after fleeing the country as the militants entered the capital virtually unopposed, saying he wanted to avoid bloodshed. The ensuing hours saw hundreds of Afghans desperate to leave rush to the Kabul airport.

“Today is a great day for the Afghan people and the mujahideen. They have witnessed the fruits of their efforts and their sacrifices for 20 years,” Mohammad Naeem, the spokesperson for the Taliban’s political office, told Qatar-based media outlet Al-Jazeera TV. “Thanks to God, the war is over in the country,” he said.