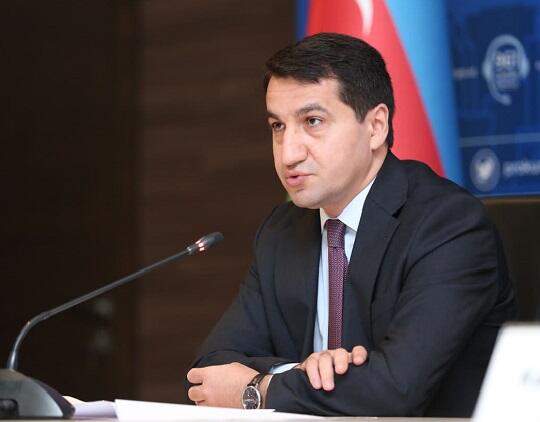 USA and France do not respect territorial integrity of Azerbaijan

The USA and France once again refused to go to Shusha and they are not among the foreign diplomats present here today. In so doing, they showed outright disrespect for the invitation of the Azerbaijani government, as noted by Presidential aide Hikmet Hajiyev to the journalists on Saturday in Shusha, according to Azerbaijan in Focus, reporting Turan News.

“We regard this as disrespect for the territorial integrity of Azerbaijan,” Hajiyev said.

He also stressed that the United States and France have not contributed to the settlement of the conflict over the 30 years of the OSCE Minsk Group’s existence.

“The Karabakh issue is closed, the OSCE Minsk Group is in the past,” he said.