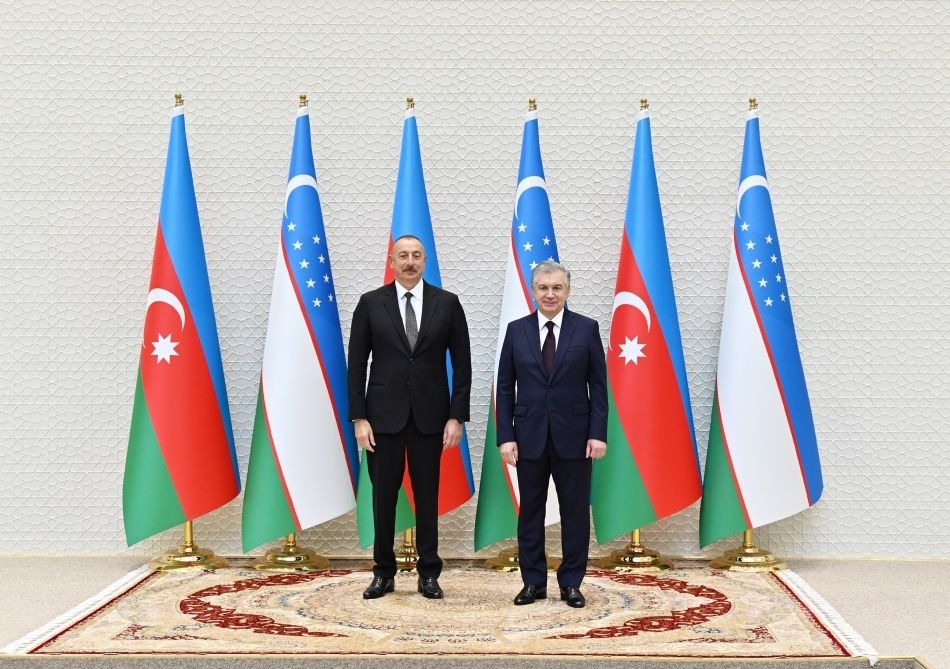 During the phone conversation, the sides discussed the further development of mutually beneficial cooperation and the strengthening of strategic partnership between the two countries.

They hailed notable progress in the implementation of the agreements reached based on the results of the high-level meetings this June.

They noted the fruitful meeting of the Intergovernmental Joint Commission and the first gathering of the ministers of foreign affairs, trade, and transport of Uzbekistan, Azerbaijan, and Turkey at the beginning of August.

The presidents said that the mutual trade turnover increased by 70 percent, and the implementation of joint cooperation projects in agriculture, silk and textile industry, machine building, chemistry, and other areas started this year. The sides noted that work is underway to launch the Uzbekistan-Azerbaijan investment fund soon, and cultural-humanitarian exchange is expanding.

The heads of state expressed their support for the further expansion of practical interaction. In this regard, they stressed the importance of holding a Forum of Regions and an exhibition of the industrial potential of the two countries in the fall of the current year.

During the phone conversation, the sides exchanged views on the regional agenda. They reviewed the schedule and agenda of the upcoming multilateral meetings, including the summits of the Shanghai Cooperation Organization and the Organization of Turkic States to be held in Samarkand.

The telephone conversation between the presidents of Uzbekistan and Azerbaijan took place in a traditionally open, sincere and friendly atmosphere.