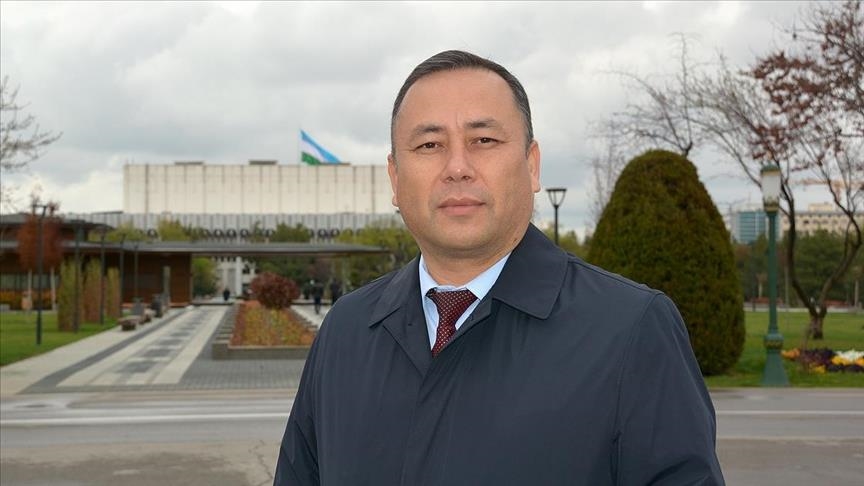 Uzbekistan to switch to Latin alphabet in 2023

The Central Asian nation of Uzbekistan is set to switch to the Latin alphabet on Jan. 1, 2023, after a 30-year transition period.

Following its independence from the Soviet Union, Uzbekistan, which has continued to use the Cyrillic alphabet like other former Soviet republics since 1940, adopted a law on Sept. 2, 1993, to switch to the Latin alphabet.

While both alphabets are being used at the same time in the country, official correspondence is still carried out with the Cyrillic alphabet.

However, schools and universities teach through Uzbek books in the Latin alphabet.

Adapted to Latin letters consisting of 31 letters and separation marks, this alphabet was updated in 1995 as 29 letters. The letters sh, ch, o’ and g’ were replaced respectively with the letters ş, ç, ö and ğ in the alphabet in 1993.

A new draft was prepared to amend the “Law on the implementation of the Uzbek alphabet adapted to Latin letters” and was adopted with the signature of President Shavkat Mirziyoyev to change the Latin alphabet adopted in 1995.

This reform was reversed with a new proposal in 2019 that replaced the digraphs with diacritical signs. Instead of the letters sh, ch, o’ and g’, the letters ş, ç, ğ, upper-dashed o (ō) and ng were used as in the Turkish language.

Following the adoption of the new alphabet draft, which was presented to the public for discussion, the country will switch to the Latin alphabet on Jan. 1, 2023.

After that date, all institutions will carry out official correspondence using the Latin alphabet, while media outlets, electronic media, news websites, and printing houses will also use the alphabet.

Identity cards, residence permits, names of streets, institutions, placards and signboards will be prepared in the Latin alphabet.

Speaking to Anadolu Agency, linguist Marufjan Yuldashev said the adaptation of the Uzbek alphabet to Latin letters in 1993 was one of the most serious changes after independence.

Yuldashev, who is an adviser to Uzbekistan’s culture minister, said the change was made to eliminate the deficiencies in the Cyrillic alphabet and to emphasize the political independence of the country.

Noting that he is also involved in a working group formed to prepare the new alphabet, he said: “Our new alphabet becomes more understandable for all Turkic states that will switch to the Latin alphabet.

“Uzbekistan will get closer to the Turkic-speaking countries by switching to the Latin alphabet.”

Referring to the long transition period, Yuldashev said the country should stop using both the Cyrillic and Latin alphabets at the same time.

This article originally appeared in Anadolu Agency on 07 April 2021.