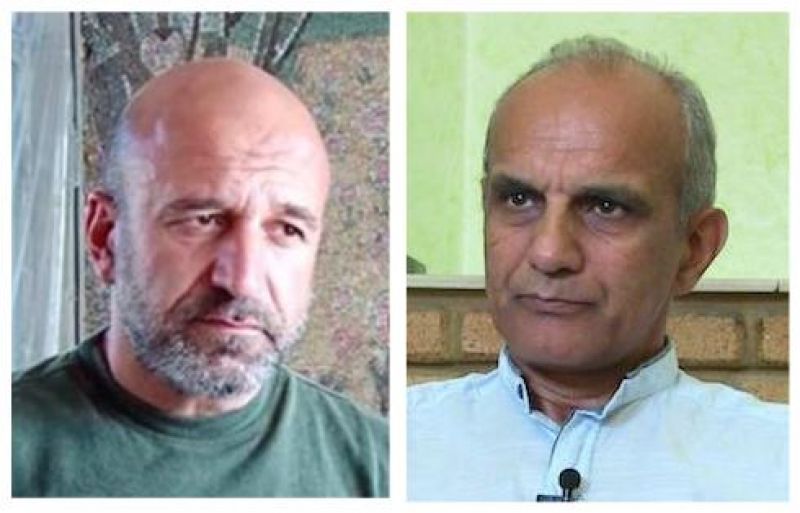 Vova Vartanov: It Would Have Been Better To Yield Up Stepanakert Rather Than Shusha – Interview – Part 2

Question: What would have happened if the truce act was not signed on November 10?

Answer: I did not just mention my battalion. I had 350 volunteers and was forbidden to recruit more, otherwise I would have gathered a whole brigade in a month – this is one and a half to two thousand people. In my battalion, 120 people did not serve in the army at all, and there were two disabled. Nevertheless, we inflicted more damage on the enemy than they did on us. Ask your military what happened under the Red Bazaar and in Tagavard villages.

We had ten killed, you had 23. In so doing, your soldiers had an opportunity to take some killed and wounded from the battlefield. It became possible due to the fact that we consolidated at heights with minimum anti-tank weapons, without artillery; however, we succeeded in stemming your advance, shot a number of armoured vehicles. A frontline on our sector was 14 km, and we managed to hold our positions even despite the bombardment from artillery and drones.

Question: Well, half of the village of Tagavard was taken by our army.

Answer: This was before our battalion arrived there.

Question: You’re saying that our troops could not pass in this direction. But the Red Bazaar is located in the center of the Martuni region, and not on the line of contact. Before arriving there, our troops took Fizuli, the villages and towns of Hadrut. Then our troops bypassed the Red Bazaar and headed for Shusha.

Answer: I meant that if we were entrenched in the mountains, yours would have passing for a very long time. Along the way, you would’ve lost a lot of personnel and equipment and our army could’ve inflicted serious damage on you. This could’ve led to panic in your society and the refusal of national minorities to participate in the war. It’s just that our military-political leadership lacked self-control. Otherwise, we would not be talking now, or would have been talking on the banks of Kura.

Answer: No, I underestimated the motivation of our leadership.

Question: How do you assess our special forces?

Answer: Always assessed them well. Your special forces are quite professional and well trained. We ran into them and knocked out three of their armoured vehicles.

Question: And after that our special forces continued to Shusha?

Answer: You shouldn’t be ironic. Your side hides the true losses in this direction and the importance of the Red Bazaar, since this (the capture of the Red Bazaar) would make it possible to transfer military equipment to Shusha along a convenient road and improve the supply of groups that entered the city.

Our position – 333, was in the immediate vicinity of the roads along which yours were moving towards Shusha, if we blocked these roads, then your group could be surrounded at any moment.

Question: In short, we were on the verge of defeat, but we simply did not know about it, and Pashinyan did not understand this either.

Answer: No, no, I’m not saying that. I’m saying that at that moment the main reason for fear (of the Armenians) – the capture of Shusha, had not yet taken place. Your troops entered Shusha, but they have not yet taken it.

They took it well, by the way. The detachments were well trained. I’ve always liked these special forces and mountain shooters. This group would have been surrounded, without the normal possibility of supplying everything necessary. Because after a day and a half the fog began, and after another half a day it started to rain.

Question: In the subjunctive mood, the situation is not at all similar to what happened. The reality was somewhat different, we took Shusha.

By the way, you’ve mentioned our losses and that we are hiding them. According to the Armenian official data, you lost 4 thousand, and according to unofficial data – 7 thousand.

Our losses are 2,900 people, including about 40 missing. All data on the victims, including their photos, are posted on the website of the Ministry of Defence. It is impossible to hide the existing losses. Parents will not allow this, as is happening now in Armenia.

You recently gave an interview to the Armenian media and it is on Youtube. When asked when the war between Armenians and Azerbaijanis will end, you said: when will we take Baku or they will take Yerevan.

Do people in Armenia seriously think that they can take Baku?

Question: But that’s how they were called historically, isn’t it? The Iravan Khanate existed, didn’t it?

Answer: Historically it was called that, but now it is not. When your senior president speaks, I mean Erdogan, and puts up a photograph of Karabekir, do you understand how this is perceived? That is why we must form a desire to enter Baku. Your desires were formed 120 years ago, but in our country it should only just be formed.

Question: Don’t you think that this is the road to self-destruction?

Answer: Perhaps. If you do not change your leadership, do not reformat your state, your appetite will grow all the time and we will have to respond to actions with opposition. This is what I had in mind when I said that the war would end either in Baku or in Yerevan.

Unfortunately, few people listen to me and say that I am radicalising the population. No, I’m just saying that action creates reaction.

Question: Let’s go back two years again, to our first meeting. I then asked you: will you liberate the seven regions around Karabakh in exchange for status, for a peace treaty, investment, for cooperation and peace? You answered that it would be suicide for the Armenians.

Having occupied Kalbajar, Gubadli, Lachin, Aghdam, Fizuli and Jabrail, the Azerbaijanis can strangle you, shell all your settlements with the cheapest shells. Therefore, the Armenians will not release anything, under no circumstances, except only if Azerbaijan gives Armenia all its armoured vehicles and artillery and missile systems, you said.

Now you have lost all these areas, as well as Shusha and Hadrut, and received nothing in return.

Don’t you think that this is not just the result of the mistakes of Pashinyan or someone from the military, but an indicator of the systemic crisis of the Armenian mentality, the national idea? I am not saying this to offend you, but simply stating a fact. Is it rational to count on the fact that you can fight with your neighbours, seize its territory, and then live happily?

Answer: A very interesting question, I will think about it. Have you asked this question to your compatriots?

Answer: And what was the answer?

Question: The answer is that until the Armenians raised the issue of Karabakh in 1988, we lived normally and there were no problems.

Answer: It is your leadership that does not want to live in peace and in harmony with its neighbours. It seems to you that you have solved the question – no. Do you think that the victory of your army will lead to peace? Definitely not. A geopolitical situation that has developed in the region can provoke a new war without our and your desire, but because of the interests of the big powers. Is this the result you wanted?

You did not agree to give the status to Karabakh and return some territories under your control.

Now we are having a hard time, but so are you, since today we are not deciding.

Question: In Armenia, they criticize Russia a lot, claiming that it has betrayed you. Do you agree?

Answer: No, not really. Russia is not that stupid to jeopardize its ally Armenia because of Pashinyan. Russia was not eager to intervene in the conflict and brought in its peacekeepers without much desire. This was done due to the active participation of Turkey, and Russia could no longer stand aside. At the same time, Russia fulfilled its allied obligations – it supplied us with weapons. They have transferred additional forces to the 102nd base, since the threat to Armenia from Turkey was not excluded. They could have done more, but they have already done more than the bare minimum.

Question: Your deputy, Andranik Kocharian, speaking in parliament, said that it is necessary to conclude a peace treaty with Turkey and Azerbaijan, by establishing diplomatic relations. Do you agree with this?

Answer: With Azerbaijan, I think it’s possible, perhaps by setting a number of conditions about our compatriots in Karabakh. This should include the right to send Armenian forces there to ensure security.

However, we would hardly come to an agreement with Turkey, and there is no point in starting, as Turkey sets preconditions that we should not demand anything. Turkey must first acknowledge responsibility for the events of 1915, only then can we sit down at the negotiating table. That is, security guarantees are needed both for Karabakh and for Armenia.

Question: That is, in principle, it is possible. This is a positive outcome from the conversation.

Answer: I do not think this is a positive result. Peaceful coexistence no longer depends on us, but on Turkey and Russia, which got in here at the suggestion of Ilham Aliyev. Therefore, this is hardly possible. Armenians do not want to be citizens of Azerbaijan.

It is possible to agree on peace under a certain status of Karabakh, which implies that it has its own armed forces, security guarantees, its own administration, police, etc., as well as the right of the Armenian Armed Forces to come to the rescue in case of danger.