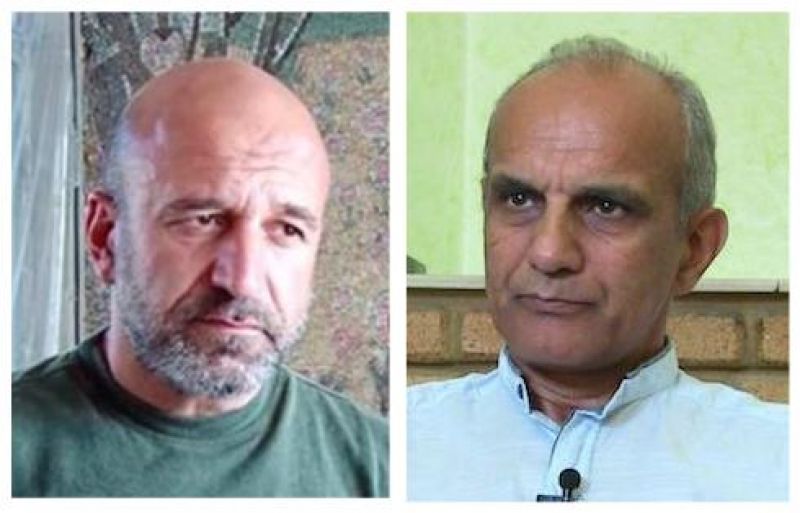 This interview with a reconnaissance battalion commander of Armenian armed forces Vova Vartanov, a participant of 44-days war, originally appeared on Turan News.

Question: Who is to blame for Armenia’s failure in 44-day war?

Answer: Ancient combatants used to say that losers gain while winners rest content with their achievements. In other words, losers begin mending their ways and make up more ground than anticipated. I mean your today’s success. But the same may happen with us in future.

We enjoyed the fruits of our last victory. It was an excellent triumph where Nagorno Karabakh with its 150,000 strong population backed by volunteers from Armenia gained victory over 30-fold metropolis. As a consequence, this made us 30-fold self-assertive more in word than in deed. That predetermined our today’s defeat.

There were people who called for greater activity, including myself. However, our sport-patriotic society could field a battalion only, a military unit number 99 223 and some other detachments. But in fact, a main part of society proved to be insufficiently prepared.

Question: Armenians have always alleged that their army as well as Karabakh military are the most combat-ready army in the South Caucasus. However, in reality the opposite has been the case. Why?

Answer: The two aren’t mutually exclusive. I mean the most combat-ready army, on the one hand, and the defeat in the war, on the other. It sounds like nonsense but our army was the most efficient in the 1992-1994; however, its intoxicating success over a hot opponent gave rise to mothballing.

In the meanwhile, the army of Azerbaijan developed at rapid rates, fought against corruption and reformed through creating new military branches and investing heavily into its transformation. As a result, you scored advantage we failed to overcome.

Question: You are possibly aware of a press-conference of Movses Akopyan, former chief of the general staff of the armed forces of Armenia, who listed reasons of the defeat, including strategic errors in planning, mismanagement, and purchase of unwanted arms and a low morale of the Armenian troops. In particular, he referred to the purchase of СУ-30 without operational missiles, as well as anti-defence «ОСА» antiquated systems, which were useless against drones.All these things testify to system shortcomings in the Armenian army rather than the underestimation of the enemy. Do you agree with the above?

Answer: I disagree with him for a number of reasons. First of all, the Karabakh army had no aviation; the Armenian army has those airplanes. We witnessed involvement of the Turkish army in the conflict expecting possible attacks of the 3rd field forces of Turkey against Armenia. We doubt that the Russian military base №102 could have deployed its units in terms of Georgia’s «favorable» attitude, meaning that Russian armed forces’ passage through its territory and further to Karabakh. For this reason not a single Armenian military unit moved towards Karabakh. By the way, that’s why the Armenian Prime Minister was charged with announcing mobilisation but not sending a regular army to Karabakh. Instead, volunteer-formed units were sent to the battleground; in particular, our battalion was fully formed out of volunteers.

Question: In other words, you mean to say that the army of Armenia did not fight in Karabakh?

Question: That’s why air forces of Armenia took no part in combat operations?

When it comes to the aviation, it was meant to patrol air space of Armenia only with probable intrusion on the territory of Karabakh. To my knowledge, two of Су-30 were shot down. That being said, the aviation was partially involved.

Question: From this perspective, why are all charging Pashinyan with treason if Armenian armed forces hadn’t taken any part in the war? In other words, the treason is that he failed to send troops to Karabakh?

Answer: As for me, I have never proclaimed him a traitor. On the face of it, he seems to do the proper thing: volunteers were assisted in every possible way to avoid incidents with accusations of sending mercenaries to Karabakh. For this reason, volunteer detachments were formed into fighting entities with their own numbers and names falling under the command of military structures. However, threats from Turkey forced us to preserve major military units and mobilisation resources to repel possible attacks from Turkey.

Question: In other words, Pashinyan has done the right thing?

Answer: No, no, he was wrong…With my detachment, I was staying at Krasniy Bazar and Tagavard. We succeeded in stemming the advance of your troops and units of Ottoman Turks, Mujahideens and Syrians. It was a life and death struggle, 10 of our soldiers and 23 of your soldiers, together with two wounded. It was the entry of Azerbaijani armed forces in Shusha that chilled our Prime Minister’ bones. He should have waited one and a half – two days, and it started raining. Under the circumstances it was no longer possible to maintain contacts and supply support from Hadrut and Shusha grouping. It would have yielded up independently. The best trump card for Pashinyan’s fear mongering (Shusha’s capture) would not have worked then. If the Prime Minister had more restraint and bravery, he would not have signed the disreputable agreement on November 10.

Question: Shortly afterwards, chief of the General Staff of Armenia Onik Gasparyan and leader of Karabakh Araik Arytunyan declared that they personally insisted on ceasefire, fearing Stepanakert’s fall and imprisonment of 25,000 servicemen.

Answer: All correct, but they insisted prior to the entry of Azerbaijani armed forces to Shusha. From a military perspective and in view of further survival of Nagorno Karabakh population it’d have been appropriate to surrender Stepanakert, not Shusha, leave plains and go into mountains to thus retain Lachin, Kelbadjar, Mardakert and a part of Shusha regions as mountain territories. Should that be the case, Karabakh would have been backed by Armenia and have a chance to survive and be independent of Russian peacekeeping forces being deployed in the region for their own benefit, not for philanthropy.

Question: Meaning that Azerbaijan wouldn’t have enough energy to liberate other territories?

Answer: Yes, in consideration of your forces and those of your allies, it would be impossible.

Question: Don’t you find that you tend to underestimate the Azerbaijani army?

Answer: No, that’s not the question. In my interview in 2019, I told you that I knew very well that your army was being prepared well; that your armed forces were perfectly motivated, to say nothing of mobilisation resources. Should you fail to achieve success, you’d face major challenges. The point is that it is rather difficult to get people motivated and start fighting for property lost. It is typical for mercenaries you invited. It is rather difficult to jeopardise one’s life. Your army would be unable to attack us in the mountains even with climbing experience. The Armenian population and army in the mountains and the woods could have easily protected themselves from airstrikes.

Question: You’ve just mentioned our interview of 2019, and I’d like to cite your passage: «Even if Armenians have armaments of low quality and defective military training, they are bearing arms enough to exercise control over heights and stop not only your army but the Ottoman one as well. I’ve already referred to the motivation – your injured pride, for you were beaten even despite numerical superiority. While our motivation is the desire to survive. We have nowhere to back down, while you do».

Answer: It is correct and consistent with what I have said before. I believed that through drawing the population and army to the mountains, our government would have been able to mount a defence. Regretfully, our government and political leadership fail to take the view of mine.

Question: In your last interview you mentioned that there were numerous representatives of national minorities in the Azerbaijani army, including Lezghins, Talyshes and Avars who were unwilling to fight or seeking to desert, the reason you stressed was that they it was not their war.
Are you aware of the role our warriors from among Lezghins, Talyshes, Avars, Russians, etc. played in our triumph, including the liberation of Shusha?

Answer: No, I am not strong in numbers, because I do not have this information. Nevertheless, taking into account the experience of the 90s, I think that at the very first setbacks that would have befallen the Azerbaijani army, if we had acted according to the plan that I just voiced, then you would have started having problems with national minorities. I’m not even talking about how many of people did not appear in the military registration and enlistment offices and how many of them were national minorities, how many deserters. You do not have this information either.

Question: Why, I do. This is common knowledge. We had zero deserters. And the same Movses Hakobyan said that on the 5th day of the war, the Armenians had 1,500 deserters who had to be isolated in Karabakh so that they would not create panic. He stated this at a press conference in Yerevan.

Answer: I have not seen this interview. Perhaps we even had more deserters. But I repeat, are you sure that if you failed, you would not have deserters?

Question: We are talking about what is now and your forecast turned out to be wrong.

Answer: My prediction turned out to be wrong because the action plan (to retreat to the mountains) was fulfilled only partially. Our military-political leadership turned out to be either short-sighted or cowardly. But in military terms, at the peak of that situation that could lead to the complete collapse of the Armenian statehood or Azerbaijani statehood, no military action took place, and the signing of almost surrender took place. If hostilities continued, a lot would have changed.