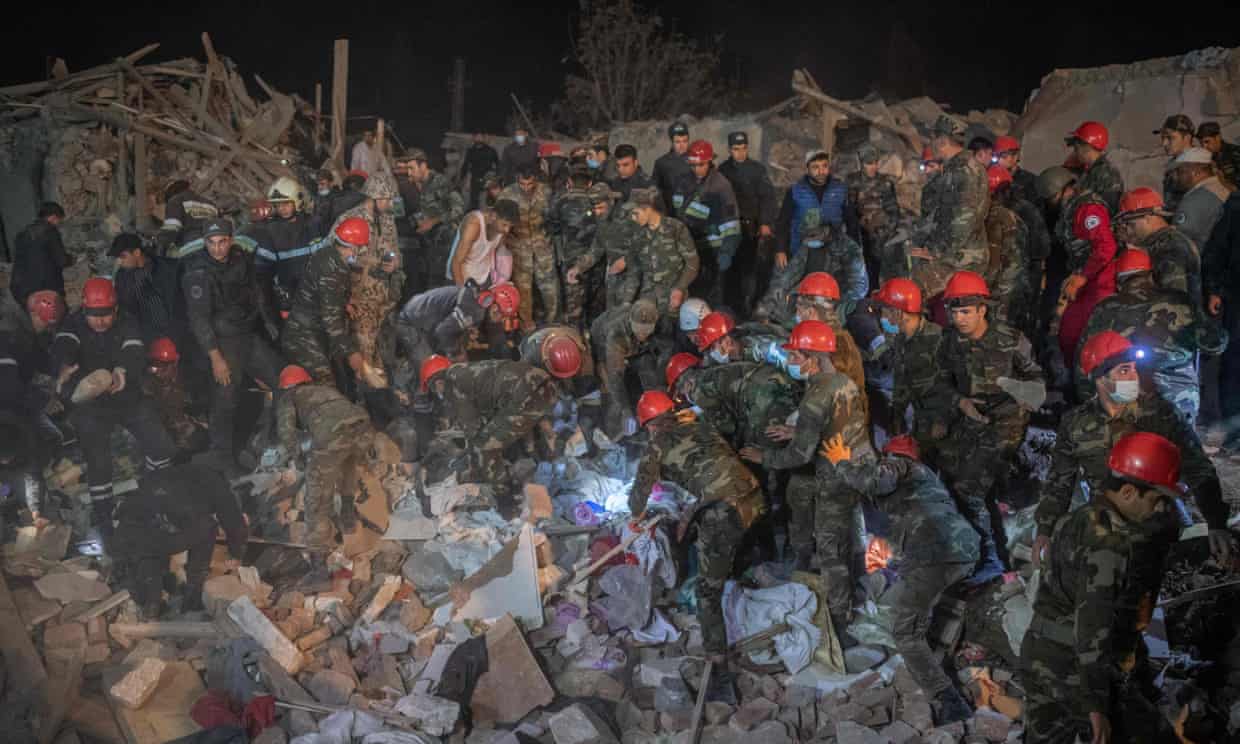 War in Karabakh: How Fake News Appears on Western Media

Many residents of the former Soviet bloc consider Western media to be a model of honest, unbiased journalism that can be trusted. And this is not surprising. It was in Soviet times that Radio Liberty, Voice of America, and the BBC openly spoke to people behind the Iron Curtain about the things that the authorities were hiding. Since the collapse of communism in 1991, free journalism has largely become an attribute not only of Western society, but also in Eastern Europe and the Caucasus. With the advent of the internet, borders in the information space have completely disappeared as a result. But in this modern world, it is not always clear that the Western media remains balanced and unbiased.

With the resumption of hostilities in Nagorno-Karabakh, which is internationally recognised as part of Azerbaijan, numerous news reports began to appear in the media about the culpability of the two countries involved in the conflict: Armenia and Azerbaijan. Surprisingly, some Western media outlets demonstrated an openly partisan attitude in reporting the conflict.

On September 30, a BBC story claimed that several hundred mercenaries were allegedly transported to Karabakh before the outbreak of the war, from the Syrian territory controlled by Turkey.

The publication claimed that it received this information via a messenger from one of the militants, but immediately noted that it could not confirm the veracity of his words.

Around the same time, France 24’s The Observers programme published several user-generated videos that allegedly showed Syrian militants preparing to leave for Azerbaijan. The main ‘evidence’ of these videos’ authenticity was that the soldiers in the film spoke Arabic and discussed the cities of Aleppo and Idlib.

In the same French report, a local sheikh in Syria allegedly made an appeal to start a war against the infidels, mentioning Azerbaijan. This video was actively disseminated by Armenian Telegram channels as “evidence of the recruitment of Syrians in Afrin for a trip to Azerbaijan.”

But as the Rybar Telegram channel, an analytical group specialising in the Middle East and Africa, points out, it is not clear who this local sheikh was: a Sharia judge preaching, a town crier, or just one of the local elders. And was it really in Afrin?

Also, does the local sheikh actually mention the war in Azerbaijan? He merely said: “This battle is also ours, like the one in Syria.” But due to the fact that it was taken out of context, it is not clear why this was said and if he referred at all to the conflict in Nagorno-Karabakh.

Another video shows a call for mercenaries to fight for Azerbaijan. Curiously, not a single Azerbaijani soldier or military equipment is visible in the footage, allegedly filmed on the ground in Karabakh.

It turns out that two American experts on Syria, Lindsay Snell and Elizabeth Tsurkov, were the first to post these videos online. One of Lindsay Snell’s tweets pinpointed her geo-location in Armenia, which raises questions over her objectivity and impartiality.

In turn, the media said that Syrian Kinan Farzat Khaddour was killed in one of the battles in Karabakh. Later it turned out that this person had died in 2012.

A similar situation arose with another ‘Syrian mercenary’ in Azerbaijan, Mohammad Mustafa Qanti. Tsurkov claimed that she recognised Qanti, noting his place of birth and residence. However, the soldier in the footage published by Tsurkov, speaking of heavy shelling by Armenian forces, had actually died three years earlier.

It is surprising that such obvious falsifications somehow get on to the pages of leading foreign publications. Yerevan has so far been unable to provide any evidence of the presence of so-called mercenaries in Karabakh fighting for Azerbaijan.

In any armed conflict, it is true that the warring parties try to highlight their own victories and downplay the successes of their enemy. The Armenian media have been particularly successful in this, with Yerevan presenting any news of Azerbaijan’s successes on the battlefield as disinformation. For example, Armenia did not recognise the liberation of the city of Jabrail by Azerbaijan, until a video was released that showed Azerbaijani soldiers celebrating in Jabrail.

Also, for a long time the Armenian leadership accused Azerbaijan of spreading fake news about the shelling of its own territory. This was the case with Armenia’s attacks on Ganja, Terter, Barda and other cities far beyond the combat zone. However, on October 30, Artsrun Hovhannisyan, a representative of the Armenian Defense Ministry, suddenly announced Armenia’s “right” to attack peaceful Azerbaijani cities if they have any military facilities. Hovhannisyan did not specify in which document this “right” is mentioned or what Yerevan would consider a military target. Instead, he effectively acknowledged the killing of peaceful Azerbaijanis by the offensive actions of Armenia and contradicted the consistently built propaganda line of Yerevan that had been broadcast to the world’s media.

It is clear that the Karabakh conflict, like any other war, is a huge tragedy. Throughout the fighting, civilians on both sides have suffered. However, the Western press has failed to focus its attention on certain developments. In particular, the shelling by Armenian troops of the peaceful city of Ganja – located far beyond the combat zone – remained widely unnoticed by the world’s media.

Instead, journalists have circulated videos that appeared on the internet and allegedly depict the capture and execution of two Armenians by the Azerbaijani military. The Armenian authorities have identified the dead as Benik Hakobyan, born in 1947, and Yuri Adamyan, born in 1995. The BBC and British investigative group Bellingcat claimed to have confirmed the video’s authenticity.

The Bellingcat investigation team prepared its report based on publicly available information. But the Azerbaijani side has questioned the organisation’s findings, citing a large number of ethnic Armenians among the group’s members, which would put its objectivity in doubt.

At first glance, the video itself raises many questions. For example, it is claimed that the incident took place in the village of Hadrut, which, according to Armenia, is under its control. Yet Yerevan did not provide any evidence of the death of its own citizens in the territory allegedly under its control. Also curious is the fact that the two people in the video were wearing camouflage, despite the investigation claiming that they were civilians.

The Armenian side claims that Azerbaijani sabotage groups seize cities and then kick out representatives of the unrecognised Nagorno-Karabakh political administration. In this regard, the transportation of captured civilians across the city for execution does not seem entirely logical. Given these inconsistencies, some social media users have highlighted the Armenian ban on men aged 18 to 55 years leaving the country during the conflict, and suggested that the alleged execution in the video could, in fact, have been a punishment by the Armenian military for two locals who did not want to take up arms against Azerbaijan.

In modern armed conflicts, confrontation on the information front is becoming as important as it is on the battlefield. After all, the enemy can present even a bloodless operation as a ‘war crime’, setting the whole world against the winner. As the Karabakh conflict illustrates, the real state of affairs at the frontline is not always reflected accurately in the international media. The press needs to consistently present the real facts without bias, so that the truth of this war can be told for posterity.

This article originally appeared in eureporter on 10 Nov 2020.