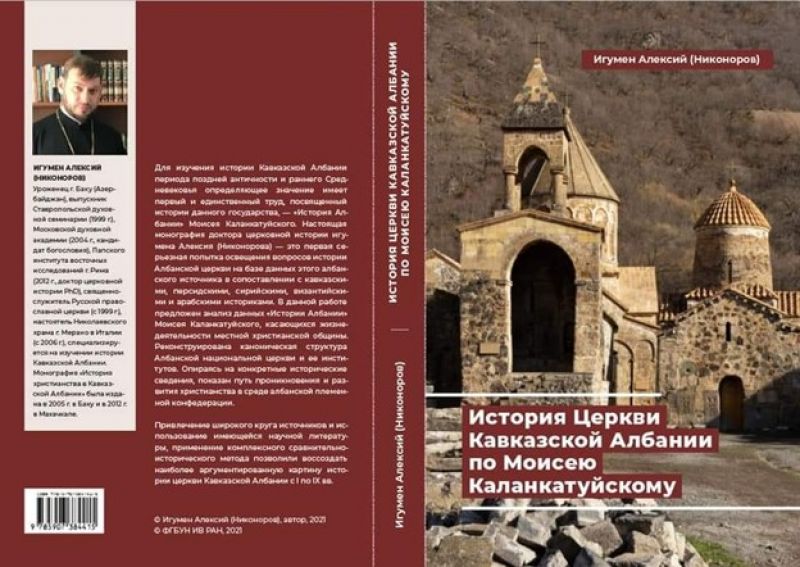 In Moscow, the Russian Academy of Sciences published a book by hegumen Alexis on the history of the state of Caucasian Albania and the Albanian Church. The publication is issued under the auspices of the authoritative international oriental research center – the Institute of Oriental Studies of the Russian Academy of Sciences. Previous books by this author on historical and religious topics were published in Baku and Makhachkala. A new work by hegumen Alexis is called “The History of the Church of Caucasian Albania according to Moses of Kalankatui”.

Added to this can be that hegumen Alexis is a native of Baku, doctor of church history and rector of the Orthodox Church in Merano (Italy). For many years he has been working over the history of Caucasian Albania and its church busting myths and falsifications. He is the author of “Christianity in Caucasian Albania”(2004) which exposes the Armenian myth that the history of this religion in the Caucasus allegedly began with the Armenians.

What is important to notice is that hegumen Alexis is known for his publications in mass media about the history of Azerbaijanis. He writes: “The Azerbaijani ethnic group was formed in the Caucasus region for three millennia and based on a purely Caucasian element – the tribes that had lived here since prehistoric times; those that formed the political confederation of the state of Caucasian Albania.”

Hegumen Alexis agreed to answer questions of the Turan agency. To make it clear, readers should be informed that for the sake of brevity, the name of the state Albania is sometimes used. In spite of the fact that the interview occasionally refers to Caucasian Albania, it has nothing in common with existing European Albania.

-“Not much is known about you. I learned from social network that you were born in Baku, studied at the Moscow Spiritual Academy, and lived in Rome. Hegumen, it’d be interesting to know where you lived in Baku, and where you live now, who you serve, the range of your interests. Do you study history as an amateur, or you explore the history of religion on a professional level? 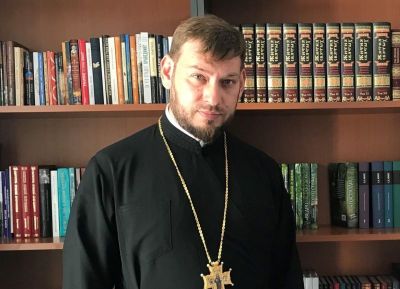 – I am a native of Baku, grew up in a family of an oilman and a teacher, after graduating from high school, I studied in the North Caucasus, at the Stavropol Theological Seminary, then at the Moscow Spiritual Academy; in 1999, I was appointed secretary of the revived Baku diocese and in this position I helped the Baku bishop to develop the new religious structure.

It should be noted that the Orthodox Church is the second largest confession in Azerbaijan which has deep historical roots in this region. During my ministry in Baku, I was able to travel across all parts of the country, watched monuments that we inherited from the Christian ancestors of the Azerbaijani people. Even then, I was deeply interested in the Christian history of South Caucasus. At that time, there was an annoying lack of publications and scientific works on this track.

– You have written more than one book about Caucasian Albania. What is the domain of your interests you in the history of the country which is mostly unknown to modern specialists? How did you “come out” on this topic? After all, a question arises: Much is still unknown about the Russian Orthodox Church, a huge layer of archival materials has not yet been raised, and how does hegumen Alexis study the past history of Christianity in Azerbaijan?

– At the Moscow Spiritual Academy, a department of church history, I studied the history of Christianity in Azerbaijan and successfully defended my PhD thesis on this topic. My monograph was published in Baku in 2005 and reprinted in Makhachkala in 2012. Since 2005, with the blessing of the church hierarchy, I was sent to Rome to continue my scientific work. At the Pontifical Institute of Oriental Studies, I completed my master’s and doctoral programs.

All this time, I can say that I have professionally been engaged in the history of Christianity in Caucasus. Despite my current stay in Italy, I remain a Baku citizen, a patriot of Azerbaijan, and I try to make my contribution to the development of historical science in my native country.

It is worth reminding that the Azerbaijani ethnic group has been formed in South Caucasus for millennia, and there are different stages in the religious history of the people arising from ancient polytheistic beliefs, Christianity, and Islam. All this together forms the cultural wealth of the people.

– The Armenian and Russian confessions are known for their zealous attitude towards Caucasian Albania and the Orthodox religion of Udins in the Middle and early centuries; the Albanians competed with the Armenians, then the Holy Synod in St. Petersburg transferred the property of the Albanian Church to the Armenians. Is everything true that is known about these twists and turns?

– History can be judged in different ways, but history is not an exact science, it consists of versions and different interpretations of certain events only that are more or less objective. It is difficult for us now to understand the realities of the eighth century when the Caucasian Albanian Church lost its independence, just as it is difficult to understand what guided the Russian Emperor Nicholas I who handed over all the files and archives to Echmiadzin in 1836. Perhaps, he hoped that what remained of the Christian population of Caucasian Albania at that time would fall under the wing of the Armenian National Church. But, as we can see, our western neighbors at some point began perceiving the Albanian Church rather as a rival in the religious influence on the population of South Caucasus. Moreover, it would be more profitable for them to represent the Albanian Church as their youngest daughter, who, figuratively speaking, in the event of a divorce, could take away the devotee and a part of her husband’s property in order to return it to her parents… I hope you understand what I’m saying.

– I understand and accept what you mean. How are your books received by readers, and especially by specialists? Where do you get sources, various information for your monographs? Do they accuse you of politicking or deliberately stirring up the old to stir up today’s events? 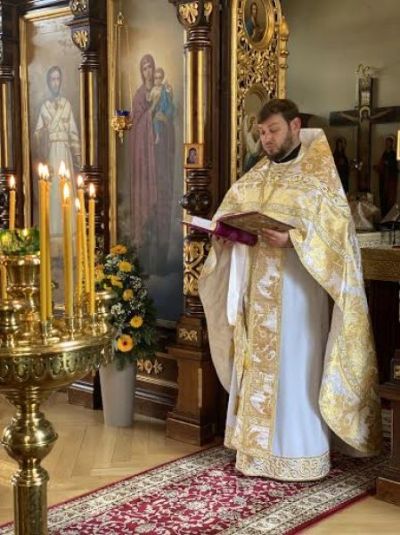 – I should note that my first publication on the Christianity of Caucasian Albania was received with great interest. Both editions sold out very quickly. However, years later, this work seems somewhat naive to me. The second book “The Church of Caucasian Albania according to Moses of Kalankatui” is based on my doctoral dissertation in Rome. To work on this monograph, I used primarily library collections of the Pontifical Institute for Oriental Studies and the archives of specialized literature from European, Russian and Azerbaijani libraries.

It is impossible for any scientist to completely avoid criticism. This is natural. And there is no point in reacting to this. I always listen to sound and constructive criticism trying to consult with researchers I respect.

I tried to avoid” politicking”, as you put it, or politicizing the topic in my work, presenting opinions of different groups of researchers on various issues. I believe that this approach allowed the Institute of Oriental Studies of the Russian Academy of Sciences to assign my book with its own stamp.

– The Caucasus, as one of the oldest centers of civilization, has long attracted the attention of researchers. However, Caucasian studies as a direction of scientific research began to form only from the end of the 18 — beginning of the 19 century. Since that time, the problems of ethno-genesis and ethnic history, the social system and everyday life, the traditional material and spiritual culture of individual peoples of Caucasus have been developed in historical, Caucasian studies.

A special place in this direction of historiography is occupied by the study of Caucasian Albania. However, many issues are still misunderstood. Of great interest among them is the question of the cultural and historical role of Caucasian Albania and its ancient Church in the region.

Recently, archaeologists have discovered unique finds following which it is possible to write new pages in the history of Azerbaijan. These were discovered Caucasian-Albanian manuscripts in 1994-1996, the monastery of St. Nicholas, Catherine in Sinai, as well as unique gems of the king of Albania and the Albanian Catholicos, and some other finds.

I believe that with the restoration of the territorial integrity of Azerbaijan and the beginning of serious archaeological and research work on the territory of Karabakh, many interesting and important discoveries are expected to be made.

This article originally appeared in TURAN INFORMASIYA AGENTLIYI on 03 June 2021.

M. Engin Çoruh: We must fight for the Khojaly genocide not to be forgotten