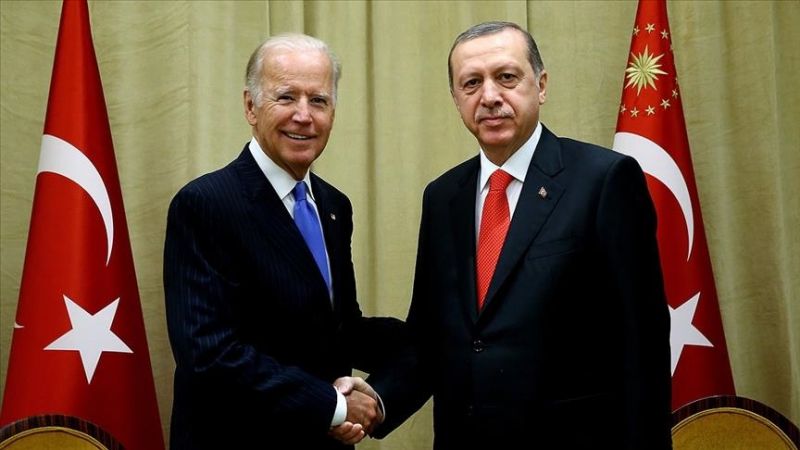 President Joe Biden on Sunday discussed diplomatic efforts in the South Caucasus, in a meeting with Turkish President Recep Tayyip Erdoğan, according to Azerbaijan in Focus, reporting Turan News, referring to the White House, amid simmering tensions between the two nations.

The two leaders met for about 55 minutes on the sidelines of the final day of the G-20 Summit, taking place this year in Rome.
Biden also raised concerns over Turkey’s possession of a Russian missile system and human rights issues.

“President Biden underscored his desire to maintain constructive relations, expand areas of cooperation, and manage our disagreements effectively. He expressed appreciation for Turkey’s nearly two decades of contributions to the NATO mission in Afghanistan,” per White House readout of the meeting.

“The leaders discussed the political process in Syria, the delivery of humanitarian assistance to Afghans in need, elections in Libya, the situation in the Eastern Mediterranean, and diplomatic efforts in the South Caucasus.”

“The President and President Erdogan had a very constructive conversation. The President made clear his desire to have constructive relations with Turkey and to find an effective way to manage our disagreements,” a senior U.S.
administration official told reporters following the meeting.

Asked if Biden was supportive of giving F16s to Turkey, the official said, Ankara in the last couple of weeks, has been “very clear” that there is a desire by Turkey to purchase the F16s. “And the President [Biden] took on board his desire to have them but made very clear that there is a process that we have to go through in the U.S. and committed to continuing to work through that process.”

Ankara’s acquisition of the Russian S-400 missile system was fiercely opposed by NATO and by Washington. Biden addressed these concerns directly with Erdogan, a White House readout of the meeting stated, while also underscoring “his desire to maintain constructive relations, expand areas of cooperation, and manage our disagreements effectively.”

“The President [Biden] and the administration have long been clear that the S400s are a problem,” a senior U.S. official said.