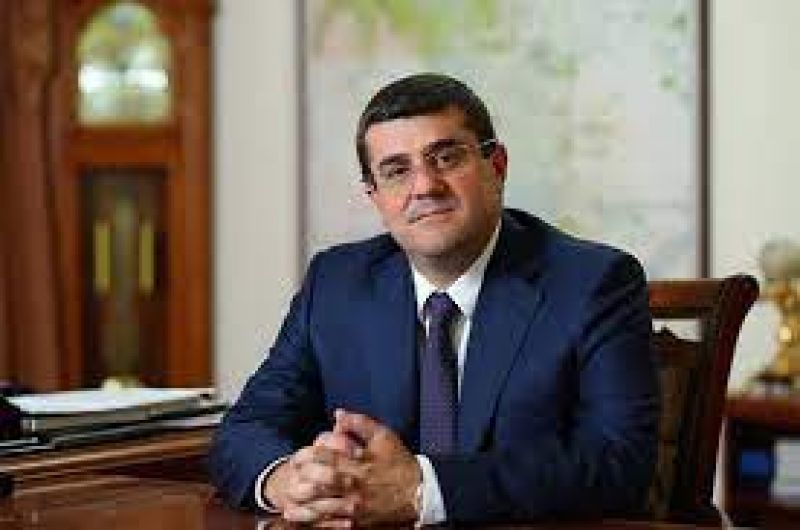 Who let Arayik go to Moscow?

According to Azerbaijan in Focus, reporting Turan News, Baku decided to react to reports on the trip of the leader of the separatists Arayik Harutyunyan to Moscow.  Reports of the visit appeared in the Armenian media, which claim that Harutyunyan is going to move to Moscow and is looking for housing.

Official Baku expressed dissatisfaction with the reception of Harutyunyan and has done it so far at the level of a parliamentary deputy.
Thus, member of the Milli Majlis Aydin Gurbanov called Harutyunyan’s reception in Moscow “a serious obstacle to peace,” since Harutyunyan is a “war criminal.”

It is known that Harutyunyan openly stated that he gave the order to fire rockets at Ganja during the Second Karabakh war, as a result of which there were numerous casualties among the civilian population.

Official Baku is expecting a clarification from the Russian side regarding the organization and purpose of this trip. “Harutyunyan’s visit to Russia casts a shadow on its peacekeeping activities and undermines Azerbaijan’s confidence in the Russian Federation,” the MP said.

Usually, the Azerbaijani parliamentarians do not  make such harsh statements without orders from the top.

As a rule, this should be followed by similar publications in the pro-government media, and then at the level of the Foreign Ministry and the presidential administration.

In any case, this means the obvious discontent of official Baku, which after the scandal with the “Iskander” missiles intends to seek recognition from Moscow and demands to consider its opinion.