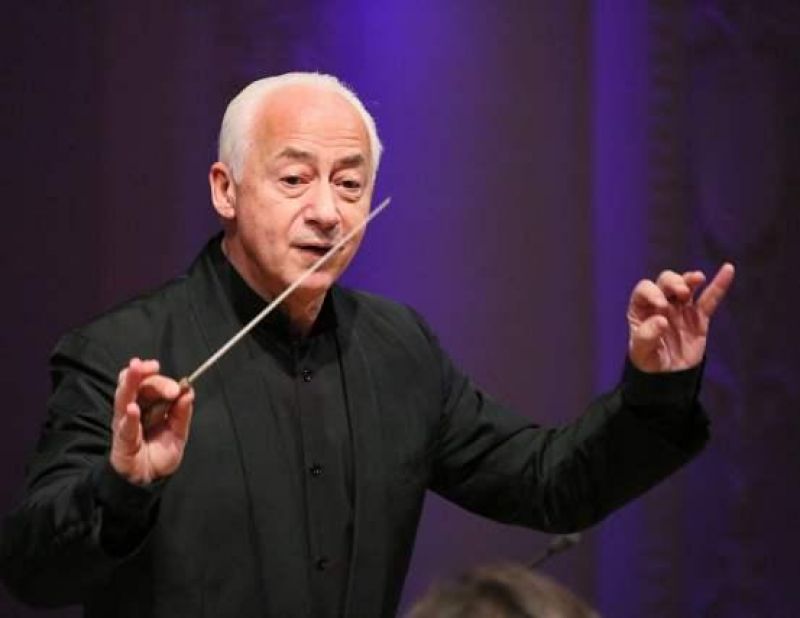 Once again, the voices supporting Armenian are not Armenian, states ‘Azerbaijan in Focus’. However, this is unsurprising for, in the relatively recent 1980s, dissident academician Andrei Sakharov (1921–89) (wife: human rights activist Elena Bonner-Alikhanyan) also supported Armenia. So the acceptance of the baton from him in this respect by the excellent conductor Vladimir Spivakov (b.1944) (his wife is Yerevan-born actress and TV host Sati Sahakyants) is far from a surprise. The scenery changes, but the essence remains the same.

The Armenians continue their game, wanting to address the issues not on the battlefield, but externally, relying on the support of their endless ‘suffering’ by someone from the outside. Today, Vladimir Spivakov and Co. have assumed this role.

Just over 30 years ago, together with Andrei Sakharov, the author Andrei Nuikin, dissident politician Galina Starovoitova and others were also very vocal in their support for Armenia. However, there is a very significant parallel with today, as none of those persons presented a real picture of what was happening, since they did not bother to obtain first-hand information from the scene, as they considered doing so to be unnecessary.

However, economist Galina Rakitskaya, a member of the Democratic Perestroika Group and a member of the Initiative Group of the Memorial human rights society, admitted that she decided to go to Baku in 1988, despite being pro-Armenian. In the capital of Azerbaijan SSR, she faced the fact of Azerbaijani refugees arriving from Armenia. She recalled this meeting resulted in her “feeling their pain”.

A renowned US political scientist of that time, Michael Rivkin, Chairman of the Association for the Study of the Nations of the Former USSR and Eastern Europe voiced a similar opinion, in which he stated that only after his visit to Azerbaijan he “learned that there are many more Azerbaijani refugees and internally displaced persons (IDPs) than Armenians. In the States, it is perceived the other way around.”

Let us again recall Andrei Sakharov, who in March 1988, called the issue of “reunification” of Nagorno-Karabakh with Armenia a “correction of injustice” in an open letter to Mikhail Gorbachev, General Secretary of the Communist Party of the Soviet Union. Just like many others, he drew information from biased sources, presenting it as the only correct version. Let us give honour and praise to this academician, who found the strength to confess to using false information about events in the region. In his memoirs, he writes about how he was informed about the ‘terrible’ situation in the then-Kirovabad (now Ganja) region, from where “there were reports of a large number of killed Armenians.” However, Andrei Sakharov admits that it later transpired that all this information “came from one person, not entirely accurate and responsible,” yet looked “independent and reliable.”

He stated that his Armenian-heritage wife “sent the figures to me in the US by phone, and I used the reported statistics,” both in a telephone message to French President François Mitterrand, “to whom I spoke by phone when he visited the French Embassy during his official visit to Moscow” and “in a public statement”. Following this, Andrei Sakharov commented: “This was one of several terrible mistakes I made in recent years.”

Wasn’t there the same situation during the Khojaly Genocide? As Sergei Kara-Murza, Russian philosopher and political scientist, commented: “During the conflict in Nagorno-Karabakh, the Russian democratic intelligentsia (like the West) clearly took the side of the Armenians. The Armenian militants, in order to make the war irreversible, completely eliminated the population of the entire town of Khojaly. Accompanied by completely neutral comments, images of a blooming alpine meadow with a UN commission wandering between the bodies of women and children were shown on TV screens.

“This did not make any impression on the democratic public (and the Western press did not even consider the incident worthy of mention). Some spiritual leaders had clearly included the Armenians amongst the ‘pure’ races, excluding the Azerbaijanis. Obedient to the signals of these leaders, the Russian intelligentsia determined the established price of Armenian and Azerbaijani blood in their brains.”

The situation now seems to be developing in a similar way, leading to the sending of a letter to UNESCO, signed by Vladimir Spivakov and others. Is he like his predecessors of 30 years ago, who failed to visit to the region and become acquainted with the situation on the ground? Or is their purpose completely different? For what reason did it arise?

Therefore, we can recommend the signatories to familiarise themselves with some of the revelations of the Armenian intellectual, artist Levon Khachatryan (1941–2002), art director for the animated cartoons Three from Prostokvashino and Vacation in Prostokvashino. He wrote: “I never had optimism after Karabakh. The Armenians thought that they could take a piece of someone else’s territory and everything would be fine. What refugees? What blockade? They just took it. They wrote books, erected monuments, named heroes, invented the post of Minister of Foreign Affairs of Nagorno-Karabakh, and acquired the latest tanks and anti-aircraft missiles. The Armenian lobby in the US Parliament became more active and agreed to accept military bases for 25 years, violating the constitution in the presidential elections and seizing ‘extra’ territory around Karabakh and much more.”

Levon Khachatryan stated: “After Karabakh and gaining independence, Armenia lost its future. For centuries, we have dreamed of a free Armenia. How many scientific papers, treatises and manifestos have been written on the ways of liberating the Motherland? And here it is, Freedom! In the history of national liberation movements, the rarest situation is when not a single shot is fired and there is not a single victim, trains run and humanitarian aid arrives regularly. But we came up with new problems on our heads… One thing I can say: Armenia uses two of the most unreliable means, biased friendship with Russia and the help of the diaspora. The diaspora cannot help forever, and Russia’s policy must change until it finds a common language with Azerbaijan, as both have common interests.”

He continued: “Sometimes it seems that Armenia is somewhere on another continent, and not in the Caucasus. I do not like that our lobbyists are knocking on the doors of parliaments of various countries, asking to admit the fact of genocide. During the Karabakh war, in addition to Karabakh itself, we captured a decent piece of foreign territory that bordered on Iran. If there is a dispute about Karabakh, and whether it is ours or not, then the seized lands are definitely not ours. They were captured just in case they would be needed for territorial trading.”

We will never know if Spivakov and Co. will become acquainted with these lines. If they do, they may decide to fly to Azerbaijan to become acquainted with what took place in Ganja and Terter. If this is the case, they may replicate the change in opinion of Andrei Sakharov and admit their mistake. Moreover, Vladimir Spivakov, has previously recalled his “very friendly and warm memories” about Baku.

This article originally appeared in Turan Informasiya Agentliyi on 23 Nov 2020.