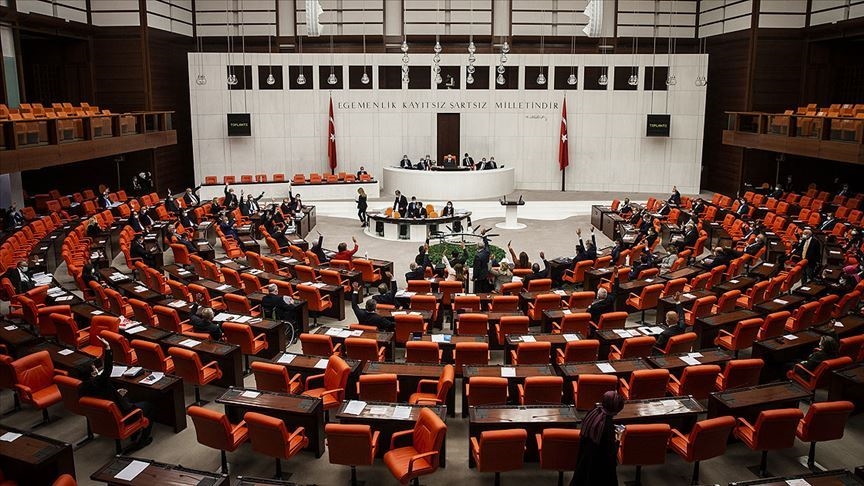 Four political parties in the Turkish Parliament have issued resounding condemnations of the French Senate’s resolution regarding recognition of the illegal Armenian occupying regime in Karabakh, according to ‘Azerbaijan in Focus’, reporting Anadolu Ajansi.

The Parliamentary Groups of the AK Party, CHP, MHP and IYI Party published a joint statement stating: “As the political parties with a group in the Turkish Parliament, we strongly condemn the resolution adopted by the French Senate on 25 November 2020 on the Nagorno-Karabakh conflict, which is contrary to international law, morality and fairness.” It signed by Mustafa Şentop, Speaker of the Turkish Grand National Assembly.

The statement comments that, despite being ignored by the French Senate, UN Security Council resolutions 822, 853, 874 and 884 acknowledge Nagorno-Karabakh and the seven surrounding regions as Azerbaijani territory. Thus, the decision of the French Senate is null and void in terms of international law.

It continued: “Karabakh is Azerbaijani territory, and this was confirmed and declared by French President Emmanuel Macron a few days ago. The lack of grounding for the resolution in reality is exemplified by the fact that the independence of Karabakh was not even recognised by Armenia.

“This step, taken by France, despite being one of the OSCE Minsk Group Co-chairs, which ignores the illegitimate occupation of Armenia for nearly 30 years and sides with occupying Armenia in all cases where it should act impartially, ignoring all UN resolutions recording the rights of Azerbaijan, and has no limits to its hostility against Turkey, has been unsurprising for us. The resolution in question shows that the Senate, which called on the French Government, experienced an extremely severe mental eclipse, prompting us to think that the prudent French people deserve more reasonable, sane and, above all, unbiased representatives who respect international law.

“The fact that this resolution was adopted by the majority of the votes in the French Senate raises our concerns about the future of France. We hope that the French Government will not take this resolution into account, which contains irrational baseless claims, fanciful slanders and suggestions that cannot be taken seriously; is totally incompatible with international law, fairness and realities in the region; and will act according to common sense. We reiterate that such biased and provocative initiatives are far from bringing peace, tranquility and stability to the region and the world, and declare that those who took such hostile steps against our country and our brother country of Azerbaijan are noted by our Parliament and our beloved nation.”