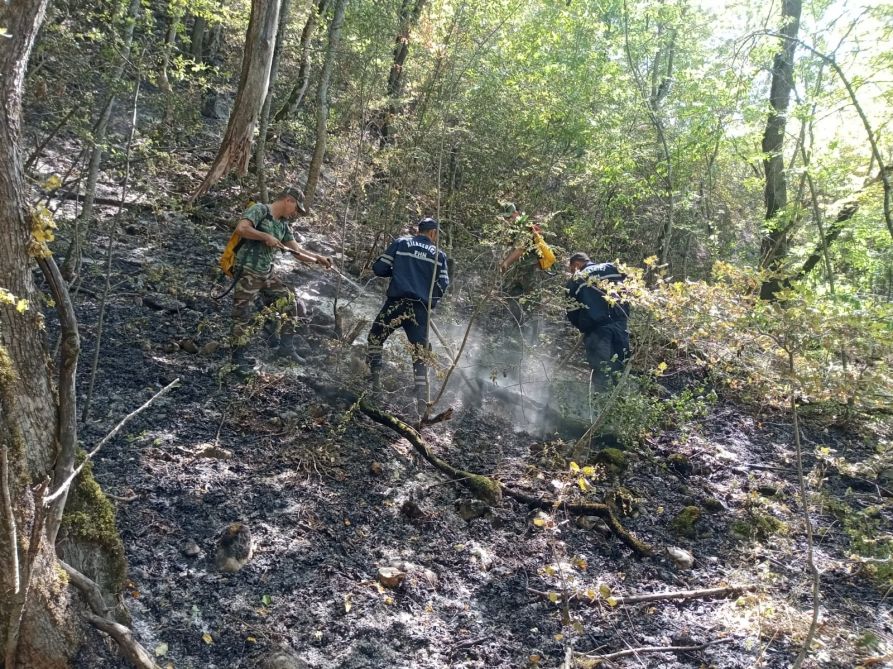 Wildfires that broke out in Azerbaijan’s northern regions with complex relief have been completely extinguished, according to Azerbaijan in Focus, reporting Azernews, citing the Ministry of Emergency Situations.

The fire that started in the hilly-forest areas with difficult terrain in the direction of Guba District’s Gasimgishlaq, Gedikgishlag, and Valvala villages was completely extinguished.

Despite the hot and windy weather and the complexity of the terrain, the fire was not allowed to spread to wider areas as a result of the coordinated and effective deployment of forces, the ministry said.

In all, around 5,000 hectares of forest and forest-surrounding land, farms, and mowed fields were burned as a result of the fires that occurred in Siyazan, Shabran, Khachmaz, and Guba districts. All fires in the northern regions have been fully extinguished, the ministry stressed.

Wildfires broke out in Azerbaijan’s north-eastern Guba and Shabran districts, as was reported earlier, citing Irada Ibrahimova, Spokesperson for Azerbaijan Ministry of Ecology and Natural Resources.

“The severe heat in recent days increases the probability of fires in natural areas. With this in mind, we ask residents of villages, located near woodlands, as well as people vacationing in nature, to strictly follow the fire safety rules,” Ibrahimova said.

Fuzuli Asadov, head of the State Fire Protection Service of the Ministry of Emergency Situations, said that the hot and windy weather caused the fires to spread. Taking into account all this, in addition to local forces, manpower, equipment, and a helicopter were brought to the scene from Baku and Sumgayit. In total, more than 20 vehicles and more than 200 personnel participated in extinguishing the fires, he added.