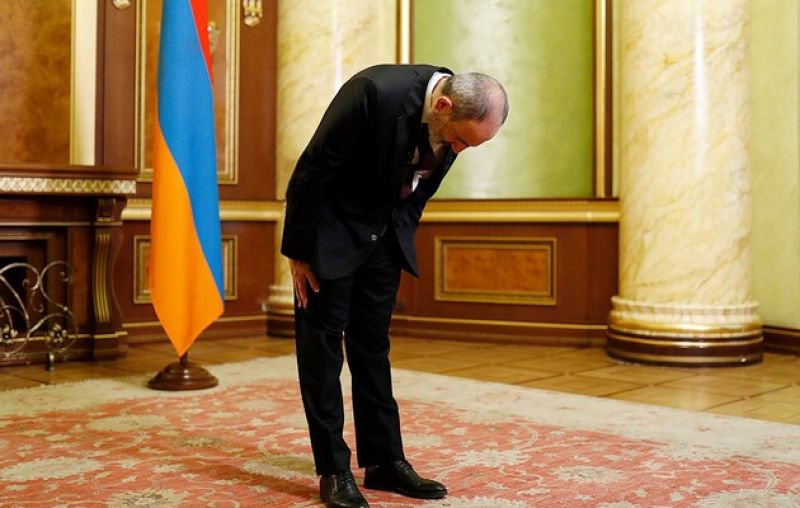 The closer is June 20, the hotter is the atmosphere in Armenia, where parliamentary elections will be held on that day, and the future of this country will be decided. It can be said without exaggeration that this is a milestone moment in the history of Armenia, when the population is divided into two opposite camps. One part of society looks forward and focuses on Western values, unwilling to be an appendage of a northern neighbor, and the other agrees to accept vassalage from Russia in exchange for security. Another part of society does not see a future in Armenia and plans to emigrate. Therefore, according to various estimates, at least 20% of voters do not plan to participate in the elections.

Today’s opinion polls show that the pro-Russian forces will have a clear advantage in the future Armenian parliament. In addition to Robert Kocharyan, together with the Dashnaks, these are former republicans, led this time not by Serge Sargsyan, but by ex-Minister of Security Artur Vanetsyan.

This great friend of Moscow goes out of his way to win the Kremlin’s favor. He is the first Armenian politician openly calling the Crimea the territory of Russia. Vanetsyan never concealed his close ties with the FSB, where he studied at the academy. He is the only Armenian politician whom openly supported the leader of Chechnya, Ramzan Kadyrov.

Another protégé of Moscow is Gagik Tsarukyan, one of the richest people, the owner of a large business and one of the main importers of foreign alcohol to Russia.

According to today’s polls, these political forces gain about 35% of the vote and all go to parliament. However, without receiving 50% of the votes, no political force will be able to independently form a government and appoint a prime minister. This makes a second round of elections inevitable, where the two leading forces will take part. Pro-Russian forces are likely to unite, and supporters of small parties and part of the electorate, which has not yet decided, can join it.

What is the interest of Azerbaijan?

The possible victory of Kocharian, who is openly lobbying Moscow, promises, first, a weakening of the role and influence of the West. Many in Armenia associate hopes for economic prosperity with this. However, the protectorate of Russia has not brought economic benefits to Armenia over the previous 30 years.

The security factor and protection from Azerbaijan and Turkey are the strongest trump cards used by Kocharian’s supporters to blame the Pashinyan government. In case of their victory, the Armenians can forget about reconciliation with Turkey, and even with Azerbaijan.

The victory of the pro-Russian forces will force Moscow to “assess” what happened, which will affect Moscow’s position on Karabakh. One can expect a certain toughening in relation to Baku, but the general geopolitical alignment following the results of the Second Karabakh War and Russia’s long-term interests require strengthening relations with both Azerbaijan and Turkey. Therefore, Russia would be interested to maintain stability, and not to sponsor revanchist forces in Armenia. At the same time, Moscow will try to use these forces if Baku behaves “incorrectly”, that is, it draws closer to the West or ignores Moscow’s interests in the region.

In this situation, Azerbaijan’s interest is for Pashinyan’s team to retain power, but not because Moscow does not like him. Pashinyan and his team admit that it is necessary to sign a peace agreement with Azerbaijan and Turkey, carry out delimitation and consider revenge a gamble.

Kocharian’s position is exactly the opposite, while admitting the unreality of revenge he adds that it is temporary – “at the current stage.”

His supporters publicly state that Kocharian aims to achieve recognition of independence for Karabakh and the return of Hadrut and Shusha to the Armenians.

A significant part of the Armenian society understands these populist slogans; they are confident that the reason for the defeat in the war is only Pashinyan’s erroneous policy.

The current situation is, to a certain extent, the result of that external rhetoric and propaganda, which personally turned Pashinyan into the culprit of all the troubles of the Armenians. At the same time, the idea of ​​the Armenian society about the miatsum went into the background. Pashinyan took steps to abandon this idea as harmful to the future of the country.

How profitable is it for Azerbaijan to remove Propashinyan’s forces from the political arena? After all, the change of power in Armenia will not only guarantee this, but will give rise to a wide campaign of persecution and persecution of all those who think about reconciliation with Azerbaijan.

The laws of political technology make it possible to provide “support” to certain forces, for example, the release of prisoners, peace-loving rhetoric and other steps that will strengthen the position of some and weaken others.

Today, compromising materials are actively used in the political struggle. There is no doubt that there is enough compromising evidence in Azerbaijan both against Sarksinian and Kocharyan, and not only during the period of their work in Karabakh, but also in Armenia. The main compromising material is their readiness to resolve the conflict by surrendering seven regions. Currently they are blaming Pashinyan precisely for this.

It is possible that there is enough information in the diplomatic baggage of Baku that can be used. There were personal contacts with Sargsyan and Kocharian directly with the Azerbaijani authorities, when they, through intermediaries, discussed the likelihood of laying an oil pipeline through Armenia, the surrender of Meghri, options for broad autonomy of Karabakh within Azerbaijan, and the provision of billions of dollars in investments to Yerevan in exchange for agreeing to a phased settlement option.

I am sure that there is enough information in the diplomatic baggage of Baku that can be used. However, all this had to be used in advance, and not a few days before the elections.

This article originally appeared in TURAN INFORMASIYA AGENTLIYI on 14 June 2021.