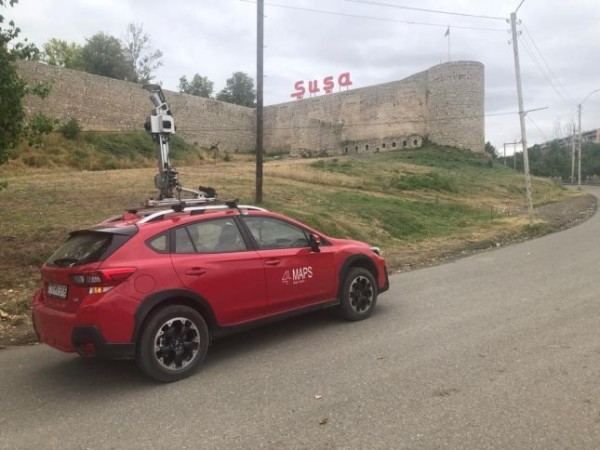 Works on creating 3D maps of liberated lands kick off

Works on updating Google and other maps as well as preparing 3D maps of the liberated territories of Azerbaijan are underway, according to Azerbaijan in Focus, reporting Azernews, citing EZIA.

The project is being carried out by 4MAPS Information Technologies LLC, one of the residents of the Sumgayit Chemical Industry Park, under the management of the Economic Zones Development Agency (EZIA) of the Economy Ministry.

When updating maps and preparing a 3D map, a LIDAR device is used. It’s expected that in the near future the names of cities, villages, streets and other facilities in Karabakh will be indicated on online maps in the Azerbaijani language.

To recap, 4MAPS Information Technologies LLC is registered as the resident of the Sumgayit Chemical Industry Park (with a territory of 1,5 hectares) and the project “Organization of research, cartographic and navigation services” will be implemented on the territory of the park. 4MAPS Information Technologies LLC is a representative of Apple Maps and Here Technologies applications in the CIS Commonwealth of the Independent States, the Middle East, and Azerbaijan, and representative of Yandex Maps in Azerbaijan.

Despite the fact that the main area of activity of the company is services for the collection, formation of geographical data, and production of 3D and 4D maps, the company also plans to provide services for the development of software products, games, and applications metaverse. With the completion of this project, a Mapping Center (processing center) for the countries of Eastern Europe, Georgia, the CIS, and Central Asia will function in Azerbaijan.