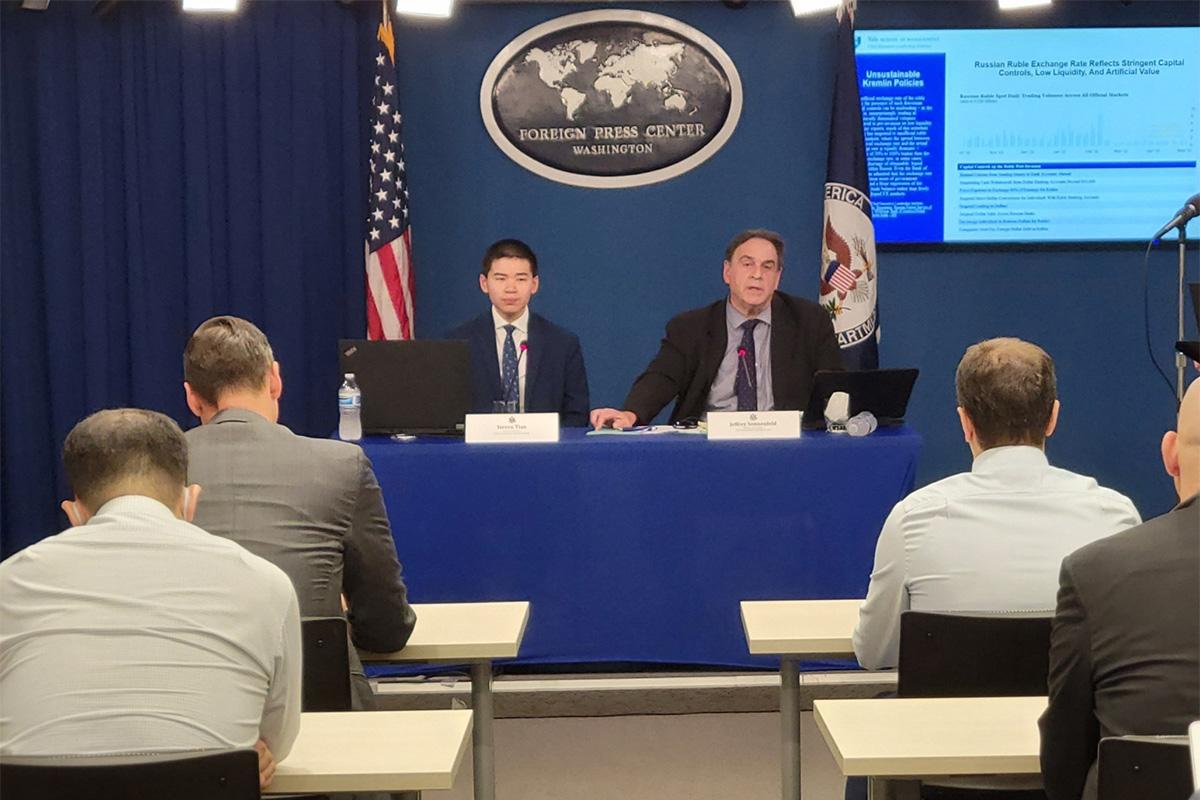 Russia has traditionally retained significant influence in the region such as South Caucasus, Eastern Europe and Central Asia, and based on economic data, that’s changing very rapidly, noted the leading Yale economic analysts, according to Azerbaijan in Focus, reporting Turan News.

“What we’re seeing… is that all of these bordering nations are not only doing less trade with Russia, but they’re actually the beneficiaries of net capital inflows as well as talent inflow into these border countries,” said Steven Tian, a Chief Executive Leadership and director of research at Yale University.

The flight of professional talent to nearby states is “pretty significant from Russia,” added Jeffrey Sonnenfeld, president of the Yale Chief Executive Leadership Institute.

There are hundreds of thousands of highly trained Russian tech workers flocking to countries such as Uzbekistan. In Tashkent, the IT park has tripled in size thanks to the influx of Russian migrants.

“So in these traditional areas where Russia has wielded a lot of influence – and this pertains to Azerbaijan as well – these regions are having to cultivate much closer ties to other regions, including, of course, Europe and pivot away from Russia,” Tian said.

“… Of course, lots of complications. There are very idiosyncratic factors on the ground. But the macro narrative, the macro story, is that these regions that have traditionally been in the Soviet sphere of influence are pivoting away from Russia and towards Europe, towards the U.S, towards other countries that can now take Russia’s place,” he added.

Tian and Sonnenfeld were speaking to reporters last week during a briefing organized by the State Department’s Washington Foreign Press Center, about the impact of sanctions on the Russian economy.

They also discussed their recent research on the state of the Russian economy, which according to the authors, has been deeply damaged by sanctions and the exit of international business since the country invaded Ukraine.

“The Russian economy is in far dire straits than has been advertised from official cherry-picked releases of statistics,” Sonnenfeld said.

Even though Moscow has been able to pull in billions of dollars from continued energy sales at elevated prices, largely unpublished data shows that much of its domestic economic activity has stalled since Putin’s invasion.

“Russian domestic production has come to a complete standstill with no capacity to replace lost businesses, products and talent,” the 118-page report reads.

Even if the Kremlin is able to earn more foreign exchange on gas and oil exports, that has not offset the impact of Western sanctions.

And, the authors argue, the country’s dependence on Europe to buy its energy exports leaves it under a greater medium-term threat.

“As a matter of fact, Russia needs to sell that gas. 85 percent of that gas goes to Western Europe, and there is no pivot east. They can’t sell very much of that to India or China. No matter what President Putin said, that’s a myth… They can’t do it.  It’s vapor. It has to go through pipes that carry vapor.  It’s not liquid,” Sonnenfeld explained.

If Western Europe succeeds in cutting itself off from Russian natural gas, Moscow faces an unsolvable situation with a lack of a market for its output, according to the experts.