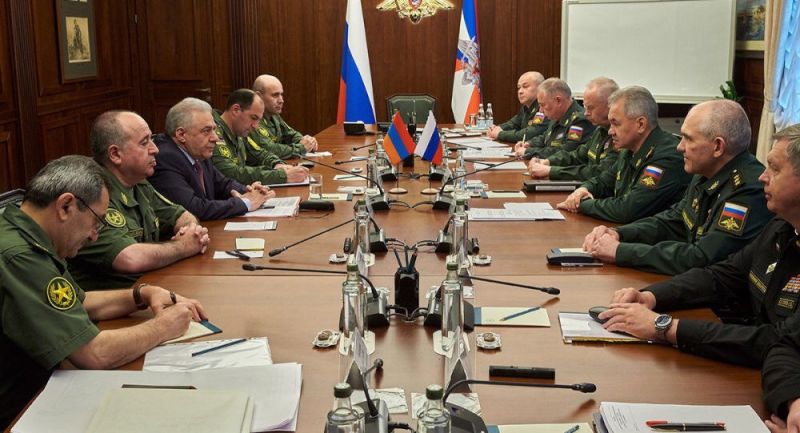 They discussed the course of the peacekeeping mission in Nagorno-Karabakh, the situation in the Syunik and Gegharkunik regions of Armenia, as well as issues related to the Armenian-Russian bilateral military cooperation and regional security, Armenian media reported.

Harutyunyan presented the details of the penetration of Azerbaijani units into the territory of Armenia, as well as the response actions of the Armenian side. According to him, Azerbaijan is committing “provocations on false motives of clarifying borders” and must immediately leave the territory of Armenia. “The parties considered possible ways out of the situation and reached an agreement on the necessary steps,” the Armenian Defense Ministry reports.

Earlier Prime Minister Pashinyan proposed to place Russian and international observers along the state border.  He indicated only the site in Syunik and Gegharkunik that are adjacent to Kalbajar and Lachin. Pashinyan does not offer the deployment of observers in the Tavush region; here the Armenian side has been holding seven villages of the Gazakh region of Azerbaijan for 30 years. It means that  with the hands of the Russians, Yerevan wants to force the Azerbaijani military to leave the positions they occupied, and at that same time not to return the occupied villages of Gazakh.