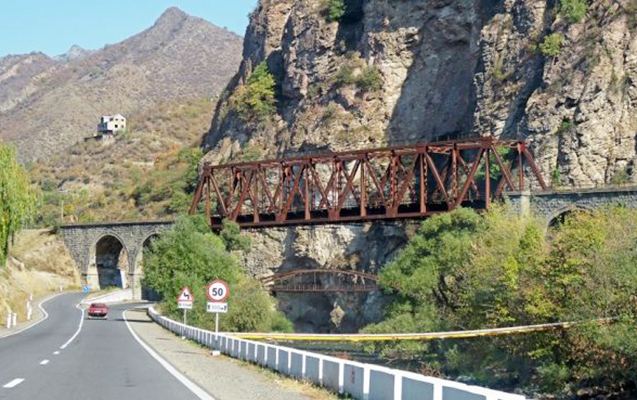 Transit cargo traffic through the territory of Azerbaijan increased by nearly 30 percent in the first half of 2022, according to Azerbaijan in Focus, reporting Trend News.

In some directions, especially, along the North-West transport corridor, this indicator grew up to 300 percent. The geographical position and the established infrastructure enable Azerbaijan to become a very important transit logistics hub.

The transit traffic through Azerbaijan is growing every year, but since the beginning of this year, this growth has become more impressive. It’s also necessary to take into account the possibilities of the Zangazur corridor. In this direction, the country’s government is striving for the speedy creation of the corridor.

The works planned to be carried out in the future will increase the economic opportunities of Azerbaijan, and its transit potential and will contribute to the creation of new jobs. Azerbaijan will become an impressive transport and logistics center.

Azerbaijani economic expert Ilgar Valizade commenting on this issue said that the availability of a prepared logistics infrastructure for the implementation and participation in large logistics projects creates the basis for the effective implementation of Azerbaijan’s transit potential.

“The far-sighted steps of the leadership of Azerbaijan include early involvement of our country in the implementation of the main transport and logistics projects, which are currently being carried out on a large scale. This is about the North-South, East-West, South-West transport corridors, and the Trans-Caspian International Transport Route,” Valizade noted.

“A good institutional framework has been prepared in our country, negotiations have been held and relevant agreements have been concluded for the transportation of goods through the territory of Azerbaijan, and this process still continues,” he said.

The expert noted that against the backdrop of rising prices for maritime transportation, the importance of inland cargo transportation is growing.

“Azerbaijan has been actively involved in the process of developing intra-continental cargo transportation from the very beginning. This type of cargo transportation is of particular importance, especially against the backdrop of events in Ukraine, as traditional routes have become blocked, and countries are looking for new opportunities to implement the supply chain,” Valizade said. “Transit of goods through Azerbaijan is politically more secure and additional infrastructure is being developed.”

According to him, the implementation of the Zangazur corridor will expand the transport network passing through the territory of Azerbaijan.

“More and more participants are showing interest in opening this corridor, in particular, the European Union, China and India. The Zangazur corridor is an important route which will enable us to optimize the transport and logistics schemes of our region, as well as create opportunities for transporting much larger volumes of goods,” the expert added.

According to another economic expert Emin Garibli, the main component of economic reforms in Azerbaijan is integration into the world economy.

“Azerbaijan independently built a pipeline infrastructure for transportation of oil and gas, and a railway through Georgia to Türkiye. These projects allowed us to become a transit country, as well as export hydrocarbons to Europe,” Garibli said. “Besides, it’s planned to export “green” electricity, as well as internet services to the EU countries. In this direction, together with the countries of the Caspian region, relevant work is underway to build infrastructure along the bottom of the Caspian Sea.”

According to the expert, the opening of the Zangazur corridor will increase the role of Azerbaijan in the world economy.

“The efforts of our government will allow open this corridor and diversify the transport routes of Azerbaijan, and to arrange the export of goods to Türkiye and back, as well as to the EU countries in a shorter route. The Zangazur corridor will be integrated into other corridors passing through the territory of our country – to the East-West and North-South corridors,” he concluded.