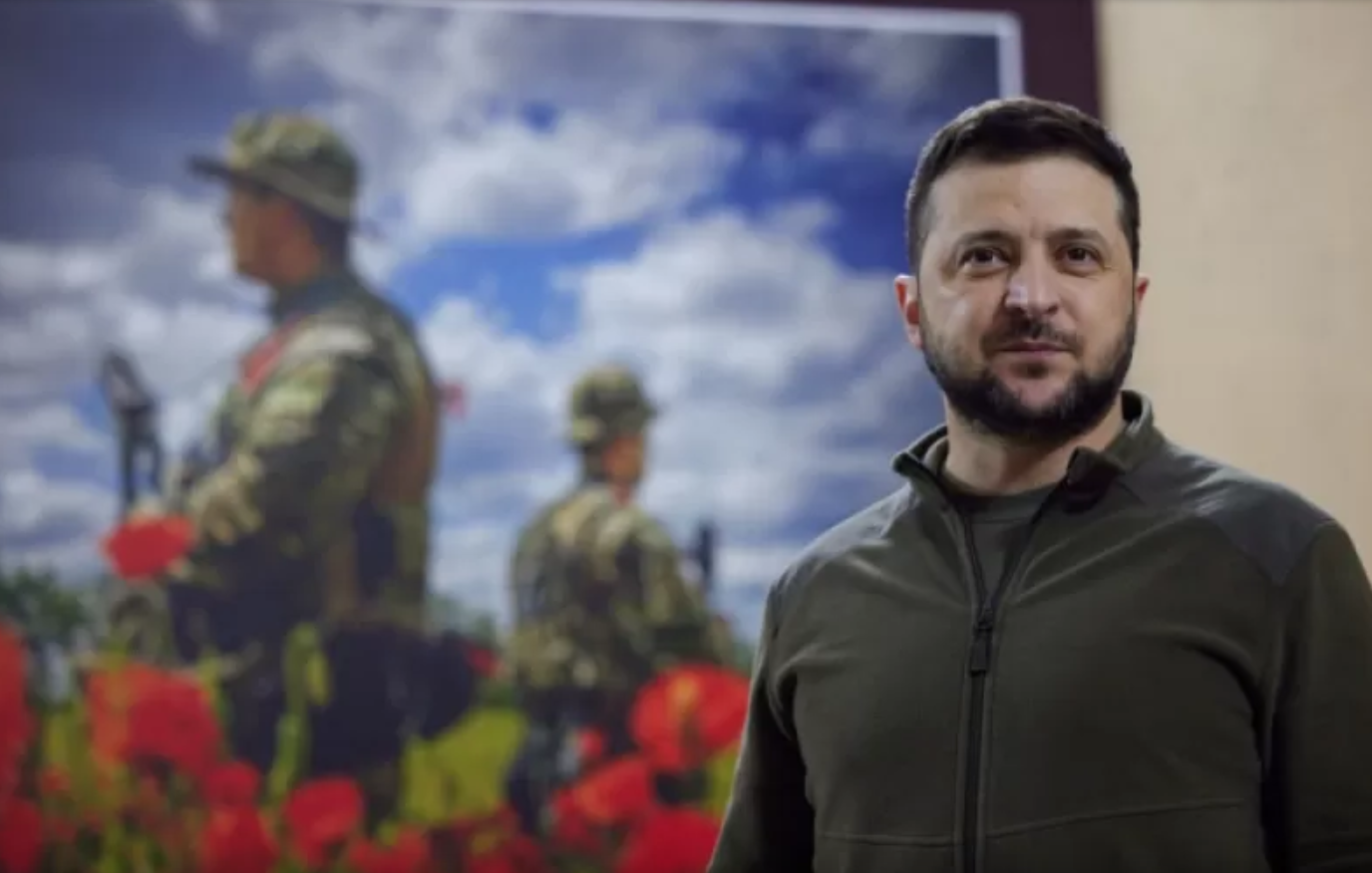 Zelenskyy presented his vision of how to stop Russian aggression

President of Ukraine Volodymyr Zelenskyy took part in a meeting of representatives of the member states of the Joint Expeditionary Force chaired by Prime Minister of the United Kingdom Boris Johnson in the format of a video conference, according to Azerbaijan in Focus, reporting Turan News. During the event, the President of Ukraine presented his vision of how to stop Russian aggression and ensure lasting peace on the European continent.

First of all, the President thanked the partner countries of Ukraine for the support and assistance they provide.

“Our people will always remember who came to the rescue at the most difficult time for our state,” he said.

Volodymyr Zelenskyy emphasized that the world needs new security guarantees, as the old ones have proved their ineffectiveness.

“The Russian invasion of Ukraine destroyed everything that security in our region, and I am sure international security, was based on. The weight of the organizations we all hoped for. The force of international conventions. It has also called into question the world’s most powerful alliance, NATO,” the President of Ukraine stressed.

According to him, NATO has not yet plucked the courage to close the Ukrainian sky to Russian missiles and planes, and Russian troops continue to bomb peaceful Ukrainian cities and kill people, and blow up houses, hospitals, and schools.

Therefore, as the Head of State noted, European countries, especially those bordering Russia, are now not sure that the Alliance will not be afraid to react if Russian missiles and planes fly toward them. After all, Russian state propagandists are already directly saying that the war against Ukraine is just the beginning, that other European countries will be next. This is not denied in the Kremlin.

“We emphasize that we need new formats of interaction, new determination. And if we cannot enter NATO’s “open door”, then we must work with communities available, communities that will help us. Like yours. And have some guarantees. We would like to have reliable guarantees that will work for us. And also for you,” the President of Ukraine noted.

“We suggested a way. The way for Ukraine to be able to protect its skies and its people on its own. I would like everyone to hear this, especially those countries that have borders with Russia. We do everything to get planes. To get air defense,” he added.

The Ukrainian Head of State also stressed the need to increase sanctions pressure on Russia until its aggressive rhetoric and intentions change.

According to him, many global companies have not left the Russian market despite the imposition of tough sanctions against Russia. Some, having said they had left, are actually just waiting for how this will end and when it will be possible to return.

“There is no international mechanism for influencing corporations today. If they ignore the blood, the world can do nothing. And this is when the worst war since World War II continues. This needs to be addressed. Now. Before Russia goes further. The sanctions policy should be such that no one could even think of war. The question is not only in Russia – the question is in the future: what else can happen,” Volodymyr Zelenskyy emphasized.

According to him, the ban on the Russian fleet to use world ports, the complete disconnection of Russian banks from SWIFT, the recognition of Russia as a terrorist state, as well as an embargo on any trade with Russia are needed.

“We emphasize that this is necessary for us, but it is also necessary for you. For the whole world, for peace in Ukraine, in Europe,” the President said and thanked the UK and every country that has taken a moral position.

The Ukrainian President stressed that the “Russian military machine” can still be stopped to end the killings and, most importantly, the destruction of democracies.

“I think we all know this practice and these tragedies: missiles and bombs, helicopters and tanks, saboteurs and cyberattacks – all that is in the arsenal of today’s Russia. Everything will be directed against Europe if Ukraine does not survive. Therefore, I ask you: to help yourself by helping us. You know what weapons we need. You know what means of protection we need. You know we crucially need airplanes. It would be extremely difficult for us without your efforts. I am grateful to you. But understand – we need more,” Volodymyr Zelenskyy stressed.

He said that Ukrainian defenders captured Russian equipment on the battlefield and sent it back against the enemy, as well as used old Soviet equipment that had not worked for decades. However, this is not enough, because, according to statistics, there is 1 Ukrainian tank per 100 Russian tanks, and 1 Ukrainian military per up to 30 soldiers of the occupying forces.

“That’s why we really want you to help us. I am sure that you will be able to increase the volume and feel how it will strengthen your protection, and your security together with ours. How this will make the world stable not only in our country but also in your countries,” the President emphasized.

Volodymyr Zelenskyy spoke in favor of strengthening the anti-war coalition and stressed that our strength lies in rapid action and solidarity.

“Our strength is in the truth. It is on our side. We can stop the war with Russia. So that peace that Ukrainians strive for comes. The peace that the world strives for,” Volodymyr Zelenskyy concluded.