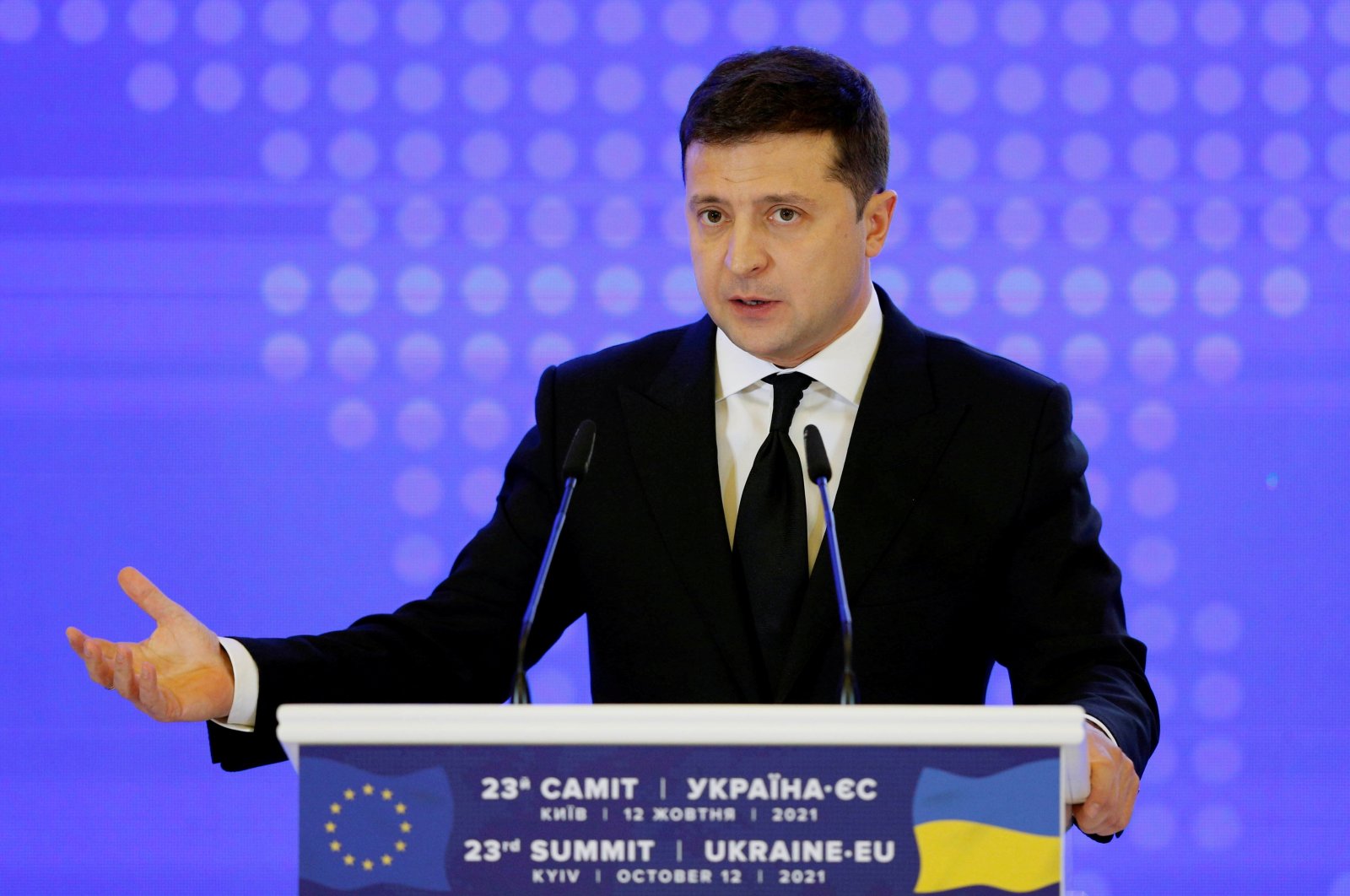 Ukraine has uncovered a plot for an attempted coup due to take place next week, President Volodymyr Zelenskyy said Friday, at a press conference where he also spoke of a threat of military escalation from Russia.

“We have challenges not only from the Russian Federation and possible escalation – we have big internal challenges. I received information that a coup d’etat will take place in our country on Dec. 1-2,” Zelenskyy said. He did not give details of the coup attempt.

Although he did not accuse the Russian state of involvement, the Kremlin released a statement denying “such acts.” It said Russia had no plans to take part in the alleged coup plot against Zelenskyy.

Russia has been building up forces near its border with Ukraine, and Kyiv, the United States and NATO have voiced concerns about a possible Russian attack – a suggestion the Kremlin has dismissed as false and alarmist.

Moscow and Kyiv have traded blame for rising tensions in recent weeks, raising fears that a long-running conflict between Ukraine and Russian-backed separatists could erupt into renewed open warfare.

Zelenskyy said Friday Ukraine was ready to take on Russia if Moscow decides to move troops across the border.

“There is a threat today that there will be war tomorrow,” Zelenskyy told a news conference. “We are in full control of our borders and are fully prepared for any escalation,” Zelenskyy said.

“We need to depend on ourselves, on our army. It is powerful,” he added, according to remarks carried by Agence France-Presse (AFP).

Earlier this week, Ukrainian Foreign Minister Dmytro Kuleba warned Russia that it will “pay dearly” for an invasion.

The Ukrainian army has come a long way since 2014 when it was caught off guard by Russia’s annexation of Crimea.

Ukraine and its Western allies also accused Russia of sending troops and arms across the border to support separatists who carved out two statelets in the east, but Moscow has denied those claims.

Kyiv’s soldiers have since accumulated combat experience and received arms and hardware from Western allies, particularly the United States which has committed $2.5 billion in support of Ukraine’s forces since 2014. The conflict in the east has claimed more than 13,000 lives.

This article originally appeared in DAILY SABAH on 26 Nov 2021.