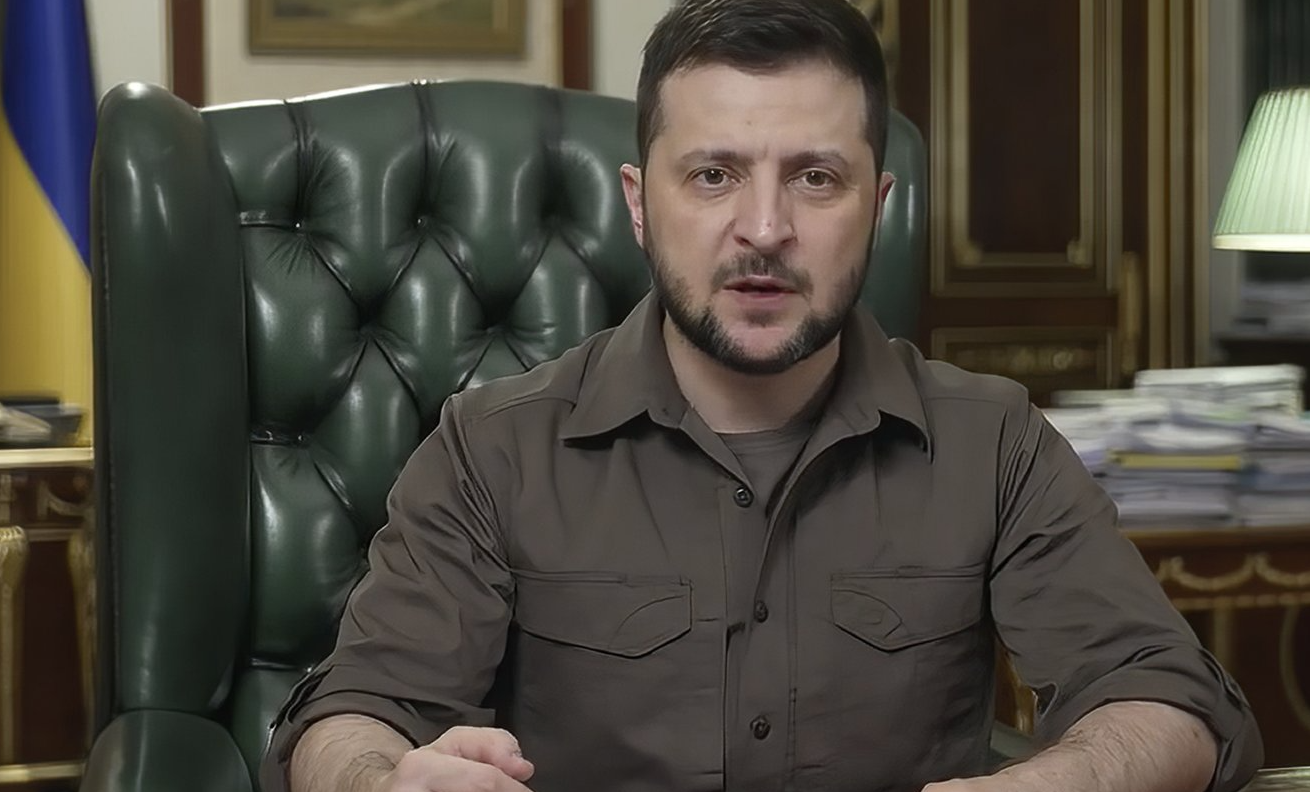 Speaking to Turkish broadcaster Habertürk, Zelenskyy touched upon the negotiations with Russia and said that Ukraine received guarantees from representatives of some states.

“They said they are ready to host meetings. Some countries said they volunteered to be guarantors. The United States, the United Kingdom, Turkey, Poland, Germany, France, and Israel are some of these countries. They said they were ready for this. During the meetings, we will talk about what security guarantees are. Warranties will be clear. Negotiations with Russia will follow,” he said.

“We count on Turkey’s full support. We trust the Turkish leadership,” he added.

Underlining that they have to seize every opportunity in order to build dialogue and end the war, he said: “The situation is difficult without dialogue. It will not be possible to stop the war without dialogue. Still, there are many leaders in the world trying to mediate. Turkey and its leader are one of these people. It plays the role of intermediary in many ways. We see that Turkey is helping us.”

“If Turkey were Ukraine, we would support them. It may take some time, but we can’t wait too long. We are at war now and our people are dying. We definitely need to hold this meeting as soon as possible. Then we will sit down for the meeting with Russia. We count on the full support of Turkey. We also count on the support of the Turkish leadership. We would have helped if this was the case in Turkey anyway,” Zelenskyy said.

Turkey’s delicately balanced act of assuming a role as a mediator by keeping communication channels with both warring sides open provides a glimmer of hope in diplomatic efforts to find a solution and achieve peace in the Ukraine crisis. With its unique position of having friendly relations with both Russia and Ukraine, Turkey has won widespread praise for its push to end the war.

Most recently, President Recep Tayyip Erdoğan reiterated his offer to host Zelenskyy and Russian President Vladimir Putin for talks to secure peace between Ukraine and Russia. Erdoğan voiced hope that a possible summit between the two leaders in Istanbul could bring an end to the war. He added that Putin and Zelenskyy need to take steps regarding Donbass and Crimea.

Conditions regarding these two regions are still obstacles between the two warring sides in negotiations, and Ukraine perceives Russian demands on the two regions as violations of its own territorial integrity.

The venue for a meeting between Putin and Zelenskyy would most likely be Turkey, Interfax Ukraine cited Ukrainian negotiator Davyd Arakhamia as saying last week.

Putin and Zelenskyy are expected to meet in Turkey “with a high degree of probability,” the agency reported, citing Arakhamia. It said the negotiator told Ukrainian television that a time and place for a meeting had not been set.

Both sides have described the negotiations in recent days as difficult. The talks are a combination of face-to-face sessions in Turkey and virtual meetings.

In a breakthrough, Russian and Ukrainian delegations met for peace talks in Istanbul on March 29 as the war entered its second month with casualties piling up on both sides.

During the talks, Ukrainian officials signaled readiness to negotiate a “neutral status,” a key Russian demand, but demanded security guarantees for their country.

Russia, meanwhile, pledged to significantly decrease its military activities toward the Ukrainian cities of Kyiv and Chernihiv to build trust for future negotiations.

Ukraine wants to see countries, including Turkey, as guarantors in a deal with Russia, a Ukrainian negotiator said after the talks.

Turkey also hosted the foreign ministers of Russia and Ukraine in Antalya earlier this month. Foreign Ministers Sergey Lavrov of Russia and Dmytro Kuleba of Ukraine met in the Turkish resort town of Antalya for talks, which Turkish top diplomat Mevlüt Çavuşoğlu also attended. The talks were largely inconclusive, but Ankara views the fact that the talks took place at all as a success.

The Ukrainian president also touched upon the efforts to evacuate people from the besieged city of Mariupol.

“We are currently working on the evacuation of the wounded in the city of Mariupol. Turkey plays an important role. Turkish ships are used for evacuation. I can’t give more details as live operations continue at the moment. We need to continue our negotiations. Our goal should be to protect the lives of our citizens,” he said.

Earlier in the day, Zelenskyy also said that Turkey is ready to evacuate the wounded and dead defenders of the besieged city of Mariupol via ship.

Zelenskyy said an agreement had been reached with Turkey to transport Mariupol’s wounded and dead by ship to Berdyansk, a coastal city some 69 kilometers (43.3 miles)away.

“We are waiting for approval from (Russian President Vladimir) Putin. This moment depends on him,” he told Ukrainian journalists.

He added that all the infrastructure is ready to remove the wounded and dead from Mariupol.

Turkey has been one of the countries leading efforts to find a diplomatic solution to the ongoing Russian invasion of Ukraine, which has impacted millions of civilians. Ankara has offered to facilitate peace talks between Ukraine and Russia but maintains that a cease-fire and humanitarian corridors are needed first.

Maintaining its neutral and balanced stance, Turkey continues its diplomatic efforts to de-escalate the Ukraine conflict, urging all sides to exercise restraint. While Ankara has opposed international sanctions designed to isolate Moscow, it also closed its straits to prevent some Russian vessels from crossing through them. NATO ally Turkey borders Ukraine and Russia in the Black Sea and has good ties with both.

Since the beginning of the conflict, Ankara has underlined its support for Ukraine’s territorial integrity and sovereignty. Having called Russia’s invasion an unacceptable violation of international law, Turkey has carefully formulated its rhetoric not to offend Moscow, with which it has close energy, defense and tourism ties. Erdoğan has repeatedly said Turkey will not abandon its relations with Russia or Ukraine, underlining that Ankara’s ability to speak to both sides is an asset.