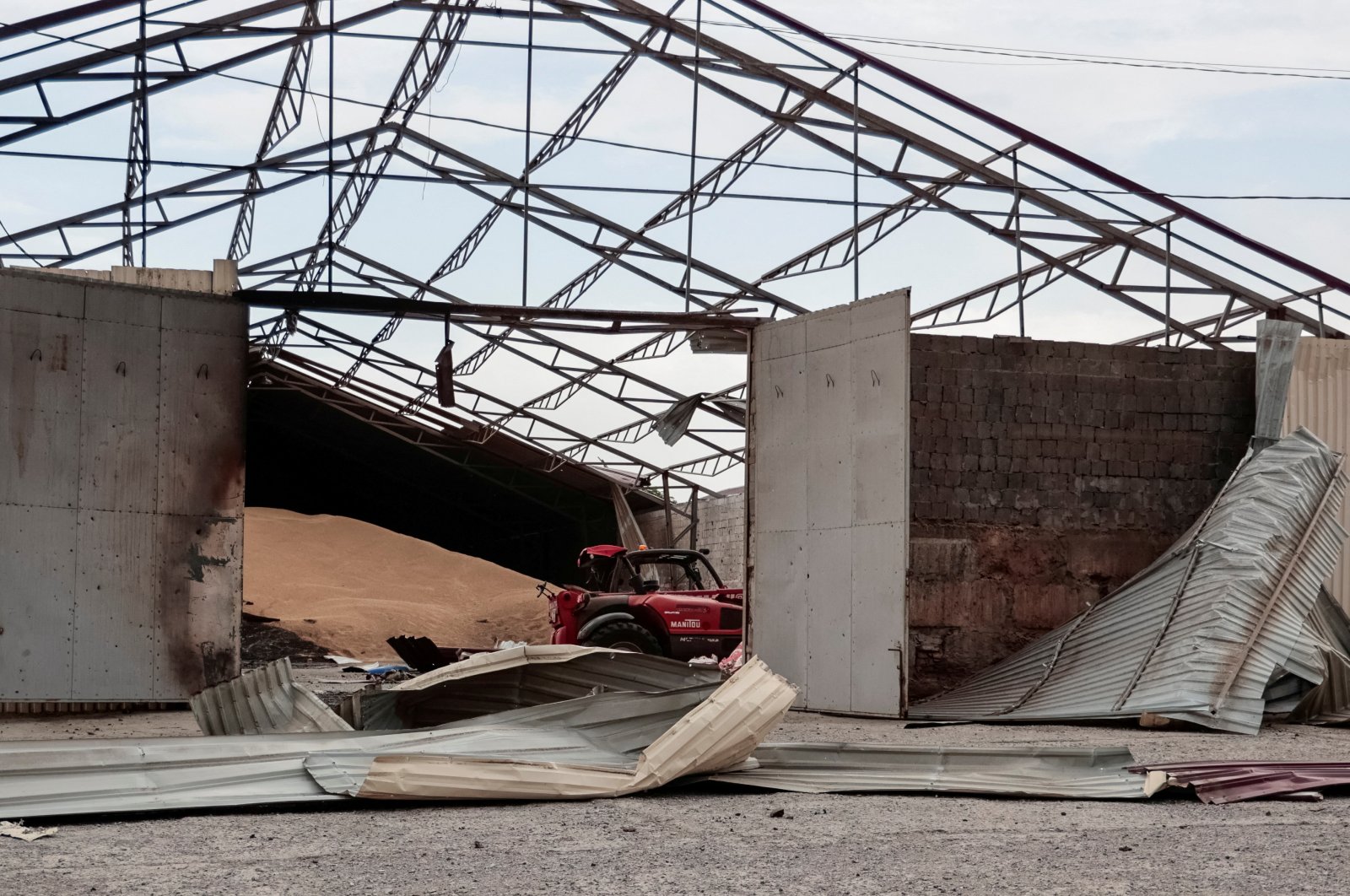 Ukraine is holding talks with Turkey and the United Nations to secure guarantees for grain exports from Ukrainian ports, President Volodymyr Zelenskyy said on Monday, according to Azerbaijan in Focus, reporting Daily Sabah.

“Talks are in fact going on now with Turkey and the U.N. (and) our representatives who are responsible for the security of the grain that leaves our ports,” Zelenskyy told a news conference alongside Swedish Prime Minister Magdalena Andersson.

“This is a very important thing that someone guarantees the security of ships for this or that country – apart from Russia, which we do not trust. We, therefore, need security for those ships which will come here to load foodstuffs.”

Ukraine is one of the top global wheat suppliers, but shipments have been halted by Russia’s invasion, causing global food shortages. The United Nations has appealed to both sides, as well as maritime neighbor Turkey, to agree to a corridor.

Zelenskyy said Ukraine was working “directly” with U.N. Secretary-General Antonio Guterres on the issue and that the organization was “playing a leading role, not as a moderator.”

News reports have suggested in recent weeks that such talks would soon be taking place in Turkey.

Ukraine accuses Russia of blocking the movement of its ships, and Zelenskyy said 22 million tons of grain were stuck at the moment with a further harvest of about 60 million tons expected in the autumn.

Russia denies it is blocking any movement of grain and says Ukraine is to blame for the lack of movement, partly because of what it says are mining operations in its ports.

Turkey has been engaged in efforts to establish a possible safe sea corridor in the Black Sea to export Ukrainian grain.

Ankara has so far held talks with Moscow and the United Nations on the planned corridor but has said any final agreement would require all parties to meet in Istanbul, where Turkey says the plan’s implementation would be monitored.

Both Ukraine and Russia have set out a series of conditions to agree on the plan. Moscow wants some Western sanctions lifted to help facilitate its grain and fertilizer exports, while Kyiv seeks security guarantees for its ports.

Separately, British Prime Minister Boris Johnson said on Monday that alternative routes to retrieve grain stuck in Ukraine will need to be looked at, including through Europe’s Danube River, if it cannot be moved via the Bosporus in Turkey.

“The Turks are absolutely indispensable to solving this. They’re doing their very best … It does depend on the Russians agreeing to allow that grain to get out,” Johnson told Parliament.

“We will increasingly have to look at alternative means of moving that grain from Ukraine if we cannot use the sea route if you can’t use the Bosporus.”

Johnson told lawmakers that there were solutions that did not involve the presence of the U.K. or other warships in the Black Sea.

“What we’re also looking at is the possibility of using the river, using the Danube in particular, (or) by using the railways, to try to get the grain out in smaller quantities than we will be able to do with a giant convoy through the … Black Sea,” he said.

“We are looking at all the possible options.”

Ukraine has also accused Russia of stealing grain from its warehouses and taking it out of the country – either to Russian-occupied areas, Russia itself or other countries.

A Turkish official on Monday said Turkey had halted a Russian-flagged cargo ship off its Black Sea coast and was investigating a Ukrainian claim that it was carrying stolen grain.

Ukraine’s Ambassador to Turkey Vasyl Bodnar said on Sunday that the Zhibek Zholy vessel was detained by Turkish customs authorities. Ukraine had previously asked Ankara to detain it, according to an official and documents viewed by Reuters.

“Upon request, the ship named Zhibek Zholy was halted off Karasu (port),” a senior official said. “The allegations are being investigated thoroughly. It is not written on the grain who it belongs to.”

He said Turkey was in contact with Russia, the United Nations and third parties regarding the issue.

A Ukrainian Foreign Ministry official, citing information from Ukraine’s maritime administration, told Reuters on Friday the 7,146 dwt Zhibek Zholy had loaded the first cargo of some 4,500 tons of Ukrainian grain from Berdyansk, a Russian-occupied port in south Ukraine.