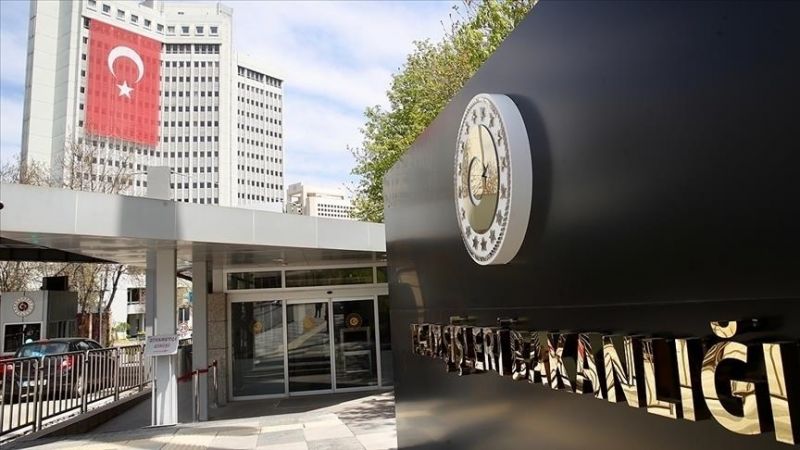 The Iranian Ambassador to Ankara Mohammad Feramend was summoned to the Turkish Foreign Ministry in connection with unfounded attacks against Turkish President Recep Tayyip Erdogan, according to Azerbaijan in Focus, reporting Turan News and Anadolu news agency.

According to diplomatic sources in Ankara, the Turkish side was displeased with the publication of Iranian Foreign Minister Javad Zarif on Twitter.

The Iranian diplomat was informed of the inadmissibility of unleashing a campaign of hatred against Turkey in Iran.

“Turkey condemns and strongly rejects any form of attacks against Ankara. Iran has sufficient communication channels to bring concerns to the Turkish side on any issues. However, the head of Iranian diplomacy preferred to criticize Turkey on Twitter. Such approaches are contrary to the level of relations between Turkey and Iran and meet only the interests of circles trying to cause discord in the ties between Ankara and Tehran,” sources in Ankara said. 

On December 11, Iranian Foreign Minister M.J. Zarif on his Twitter page accused R. T. Erdogan of undermining the sovereignty of Azerbaijan. “President Erdogan is not informed that what he said in Baku concerns the violent seizure of Iranian territories north of Araz. Does not he understand that he was undermining the sovereignty of the Republic of Azerbaijan?” Zarif asks rhetorically, referring to the excerpt from a poem by the Azerbaijani poet Bahtiyar Vahabzade quoted by the President of Turkey on December 10 in Baku.

In fact, the poem is dedicated to the tragic fate of the divided Azerbaijani people.

On Friday, the Iranian Foreign Ministry expressed dissatisfaction with the Turkish ambassador to Tehran in connection with Erdogan’s speech at the parade in Baku.