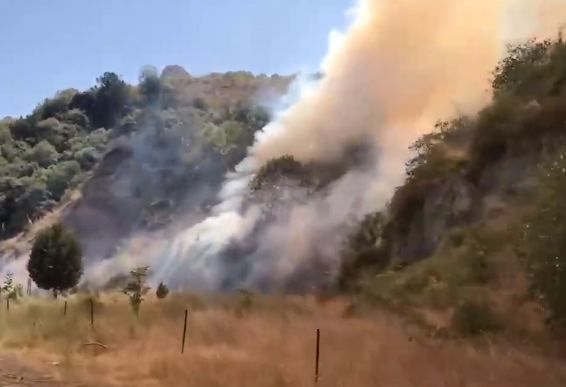 Armenians are setting fire to woodlands in Azerbaijan’s Lachin District, according to Azerbaijan in Focus, reporting Azernews.

New photos and videos confirming the destruction of Azerbaijani lands by Armenians have been circulating on social media for many days. A video was released showing Armenians setting fire to the woodlands in Azerbaijan’s Lachin District. This demonstrates Armenians’ disregard for international law once more.

Armenians performed the same procedures before departing Azerbaijan’s Kalbajar District, which was agreed to be handed over to Azerbaijan in line with the trilateral statement by the Azerbaijani, Armenian and Russian leaders on November 10, 2020.

Currently, Lachin city is temporarily controlled by the Russian peacekeepers to provide communication between Armenia and Karabakh region. According to the November 10, 2020, trilateral statement, signed by the Azerbaijani, Armenian and Russian leaders, the city should be handed over to Azerbaijan after the completion of a new road, which will be an alternative to the Lachin corridor.

Following the completion of the new road bypassing Lachin, Azerbaijan has demanded Armenia clear the unlawfully occupied city and adjacent settlements by August 25.