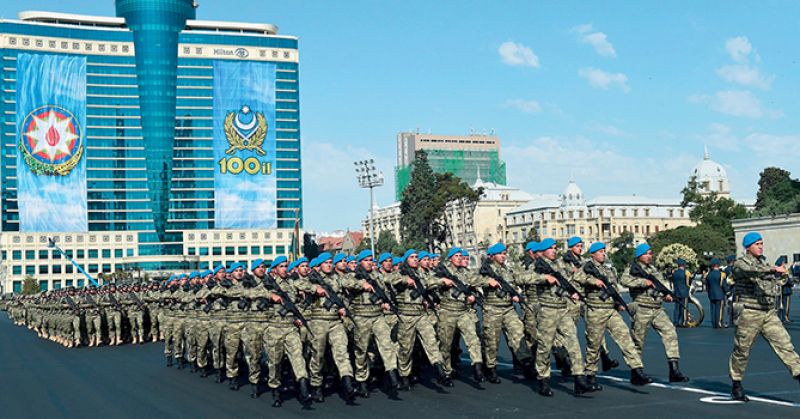 According to Azerbaijan in Focus, reporting Turan News, in Azerbaijan, June 26 is celebrated as a holiday – the Day of the Armed Forces.

Note that on this day, 103 years ago, the first regular military unit – the Special Corps was set up by the decision of the Council of Ministers of the People’s Republic of Azerbaijan (1918-1920).

Following the restoration of Azerbaijan’s independence in 1991, the army holiday was celebrated on October 9 – when the first battalion of the future national army was created. This was the case until 1998 when by the decree of President Heydar Aliyev, June 26 was declared the Day of the Armed Forces.

An important milestone in the modern history of the Azerbaijani armed forces proved to be the 44-day Karabakh war last autumn when Fuzuli, Jabrayil, Zangilan, Gubadli districts, a part of the former Agdara district, village of Hadrut and a number of villages of the Khojavend district were liberated from the Armenian occupation. The culmination of the military campaign was a brilliant operation to liberate the fortress city of Shusha.
After that, Armenia capitulated and withdrew its troops from Aghdam, Lachin and Kelbajar districts.