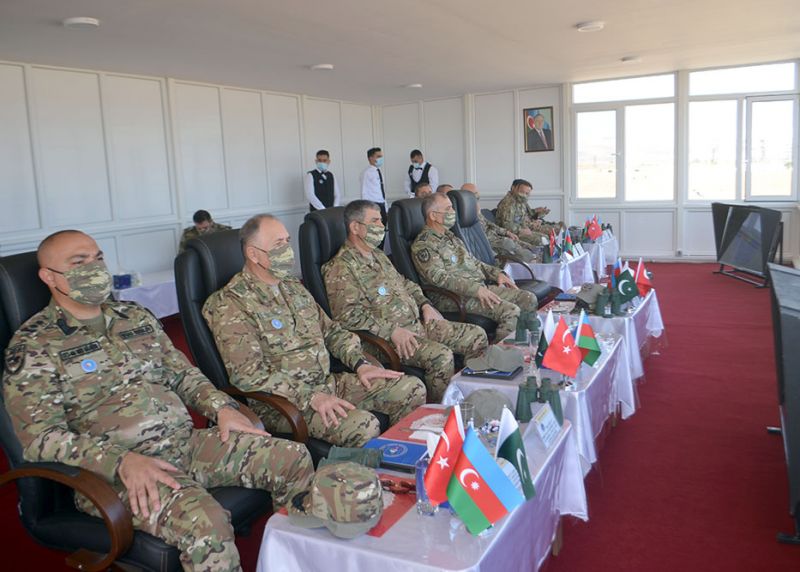 Today, within the framework of the international military exercises “Three Brothers – 2021” with the participation of the special forces of Azerbaijan, Pakistan and Turkey, the “Day of the High-Level Observer” was held, according to Azerbaijan in Focus, reporting Turan News.

The event was attended by Azerbaijani Defense Minister Zakir Hasanov, Head of the State Security Service Ali Nagiyev, Commander of the Special Forces of the Turkish Armed Forces, Lieutenant General Omer Ertugrul Erbakan, Head of the Anti-Terrorism Directorate of the Pakistani Armed Forces Mumtaz Huseyn, as well as high-ranking guests from Kazakhstan.

“The exercises showed an increase in the skills of the special forces of the participating countries in the use of modern technologies and new tactics of warfare, as well as an increased level of professionalism. These exercises once again demonstrated our readiness and ability to jointly solve any tasks facing our Armed Forces,” Hasanov said.

According to him, similar exercises will continue in the future.