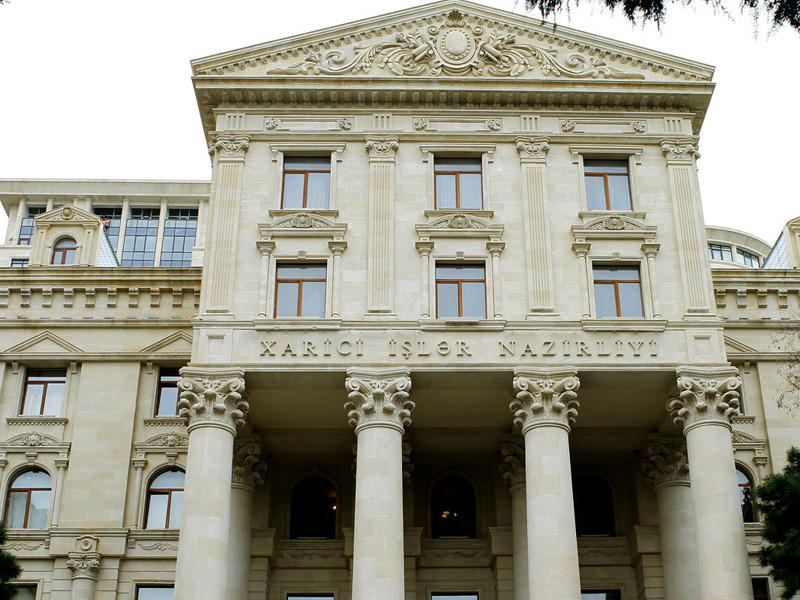 Azerbaijan called on UNESCO to fulfill its mission independently and objectively, and not to allow politicization of the issue of protecting cultural heritage, according to Azerbaijan in Focus, reporting Turan News. This is stated in the statement of the Azerbaijani Foreign Ministry, in response to the call of UNESCO to ensure the visit of the delegation of this organization to Nagorno-Karabakh.

“Azerbaijan has always demonstrated its commitment to cooperation with UNESCO, to fulfill the tasks arising from the conventions to which Azerbaijan has joined, in particular, the obligations to protect cultural heritage,” the Foreign Ministry said in a statement.

Unfortunately, UNESCO reacted indifferently to Azerbaijan’s calls to investigate the war crimes of Armenia during the 30-year occupation, when cultural heritage was destroyed, appropriated and altered, cultural values were illegally taken out of the country, the statement said.

Note that earlier UNESCO called on Baku to admit the organization’s mission to the zone of the Karabakh conflict for inventory of the most significant cultural values, which found the support of the OSCE Minsk Group co-chairs.

The mission requires the consent of Azerbaijan.

“So far, only a response from Azerbaijan is expected so that UNESCO can continue to work with a mission on the ground. At this stage, repeated requests to the Azerbaijani authorities have not been crowned with success. ”

“We expect Baku to respond immediately to bring to life the constructive discussions that have taken place over the past few weeks,” said Ernesto Ottone, Deputy Director General of UNESCO.