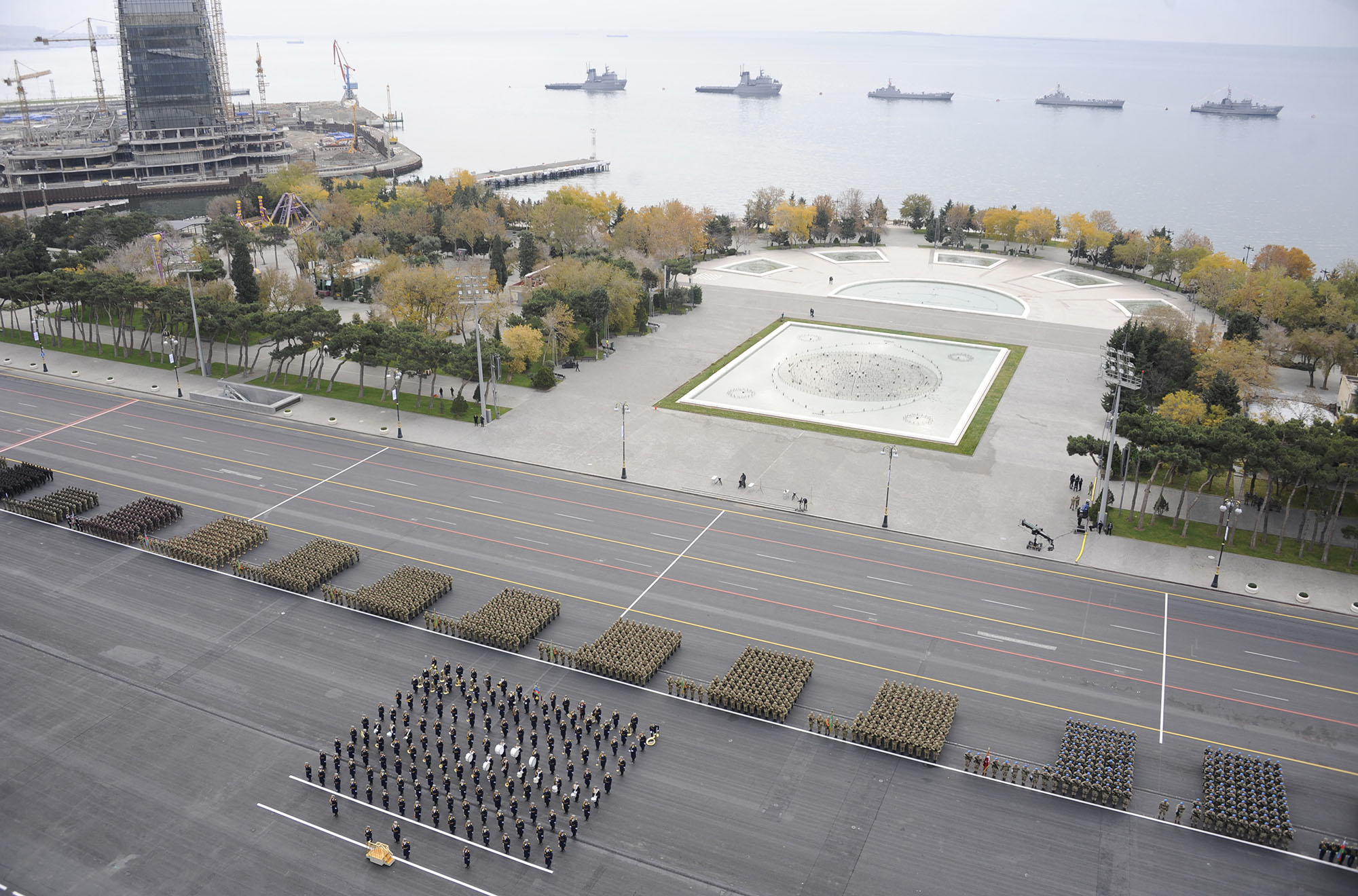 A Victory parade dedicated to Victory in the Patriotic War has been held today at Azadlig Square, Baku, according to Azerbaijan in Focus, reporting AzerTac.

Deputy Minister of Defense, Lieutenant General Karim Valiyev who was awarded with “Zafar” Order, was the commander of the Victory parade dedicated to the magnificent Victory in Azerbaijan’s Patriotic War-“The Iron Fist ”operation.

The parade featured more than 3,000 personnel, about 150 military hardware, including the state-of-the-art military equipment, missiles and artillery systems, air defense systems, as well as warships and boats. The parade also featured part of the military booty seized by the Azerbaijani Army from the destroyed enemy during the Patriotic War. 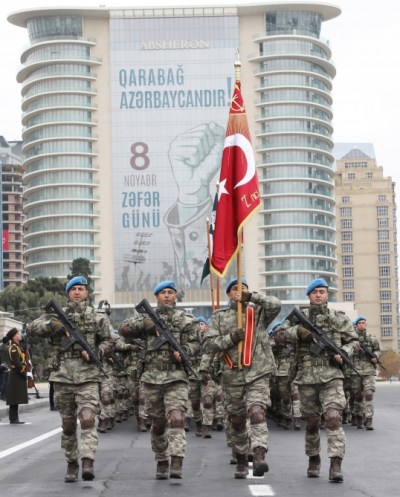 The heads of state saluted the soldiers.

Following the speeches of the heads of state, the Victory parade started. The Azerbaijani Armed Forces’ personnel marched to the podium under the State Flag of the Republic of Azerbaijan and the Victory Flag of the 44-day Patriotic War which was inscribed in golden letters in the country’s glorious military history.