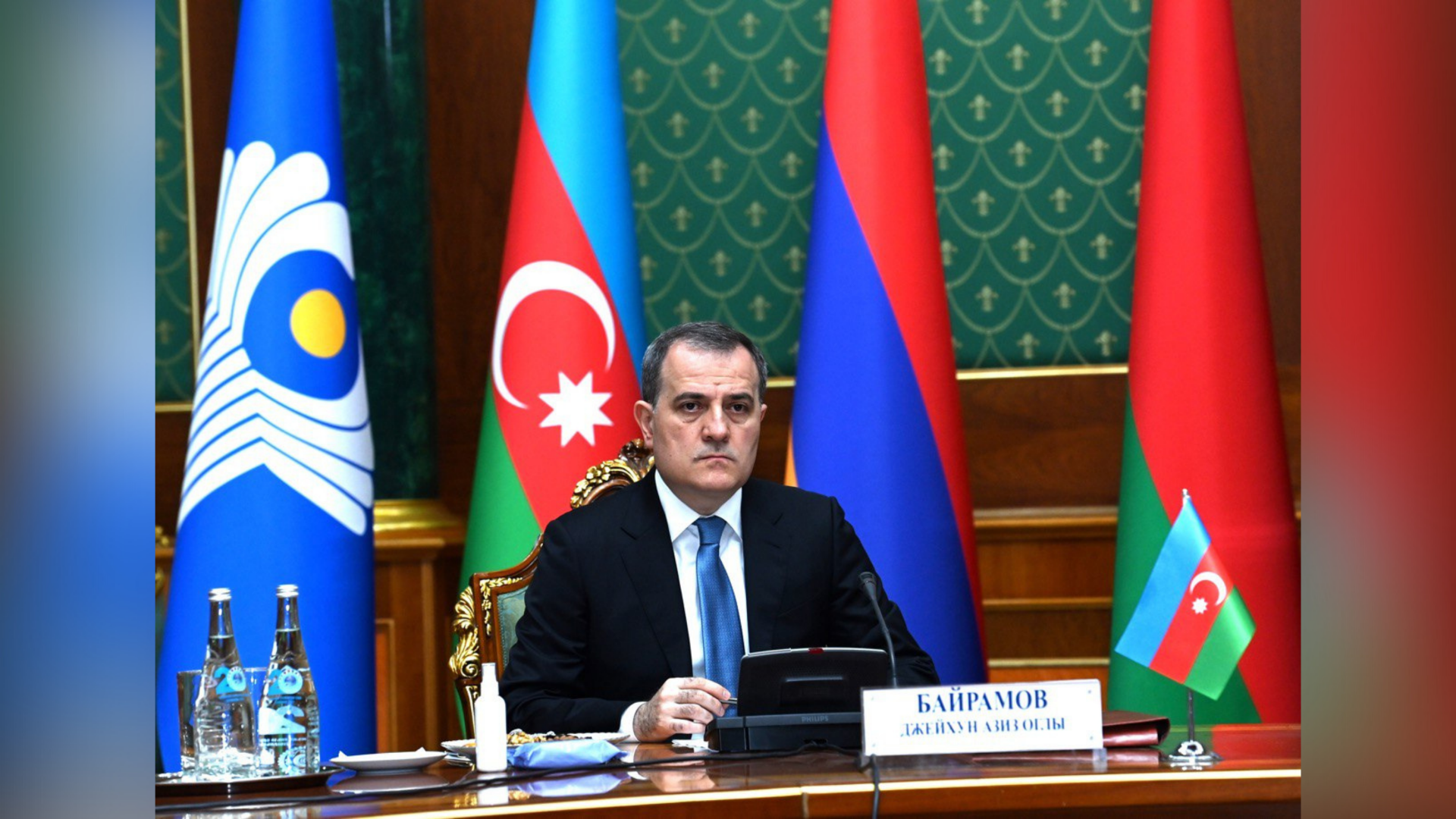 Chairmen and format of national commissions for border delimitation between Azerbaijan and Armenia have been determined, Azerbaijani Foreign Minister Jeyhun Bayramov said at a meeting of the Council of Foreign Ministers of the CIS countries in Dushanbe on May 13, according to Azerbaijan in Focus, reporting Trend News, citing the ministry.

Bayramov thanked Kazakhstan for the effective chairmanship of the organization, and Tajikistan for discussing issues of cooperation within the CIS in conditions of mutual understanding, as well as for organizing a high-level meeting, which allowed for an exchange of views on topical issues on the international agenda.

The minister noted the successful development of friendly relations between the CIS countries. He reminded that this year many CIS countries are celebrating a significant date – the 30th anniversary of the establishment of diplomatic relations.

According to Bayramov, this anniversary is a good opportunity to analyze the activities of the CIS countries, assess lessons from the past, sum up the results of long-year cooperation and determine plans for the future.

The minister stressed that the meeting agenda envisages the adoption of a number of documents that promote further cooperation between the CIS countries, including in the humanitarian sphere.

He noted that Azerbaijan considers the formats of cooperation in the fields of education, science, culture, healthcare, tourism, youth work and other areas to be useful.

Bayramov also informed the meeting participants about the post-conflict situation in the region [following the 2020 second Karabakh war].

He pointed out that at present the main task of Azerbaijan is to revive the territories liberated from Armenian occupation, to ensure long-term peace and stability by restoring economic and communication ties.

The minister stressed that Azerbaijan is ready to normalize relations with Armenia, including the signing of a peace treaty and the start of the border delimitation process.

According to Bayramov, in this regard, steps are being taken to start the negotiation process on a peace agreement, and the determination of the chairpersons and the format of national commissions for the delimitation of the border between the two countries is one of such steps.

The Azerbaijani side is determined to continue efforts to strengthen peace, stability and security, he added.