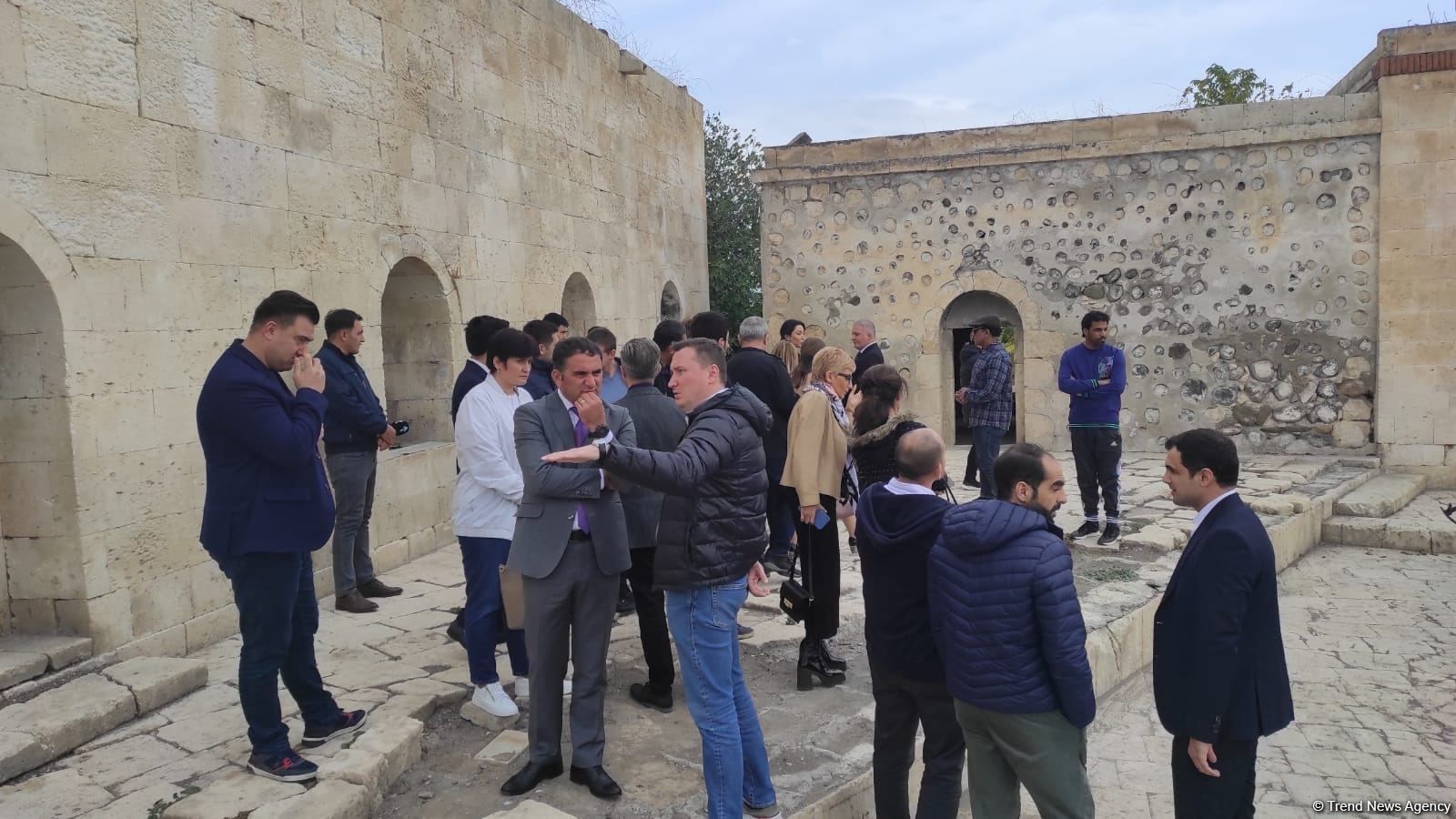 A number of foreign ombudspersons visited Azerbaijan’s Aghdam on October 21, according to Azerbaijan in Focus, reporting Azernews.

The trip was organized by the Office of the Azerbaijani Human Rights Commissioner. The members of the delegation came from European, Asian, and African nations.

The purpose of the visit was to acquaint foreign commissioners with the mass destruction committed in Aghdam during the Armenian occupation.

The trip was attended by the Azerbaijani Ombudswoman Sabina Aliyeva, heads of national human rights institutions, and media representatives.

During the visits, the guests got acquainted with the atrocities committed by the Armenian Armed Forces in Aghdam as well as the destruction of Azerbaijani cultural heritage and monuments.

Aliyeva said that the participants witnessed the consequences of the crimes committed on Azerbaijani lands during the period of occupation.

“As a result of the past two-day conference, the Baku Declaration was adopted. The conference was devoted to human rights issues. The main problem that today delays the return of Azerbaijani former internally displaced persons to their native lands is mines. At the same time, Armenian subversive groups continue to mine the country’s lands,” she noted.

The Commissioner stressed that Azerbaijan has repeatedly appealed to international organizations, urging them to immediately respond to this issue. She added that this is the first time that these territories were visited by representatives of countries, such as Japan, Hong Kong, and Indonesia.

During the conference, the representative of the Azerbaijani National Mine Action Agency made a presentation, and the evidence he provided shocked the participants.

“He said that sometimes eight mines are found on one square meter. Azerbaijan has raised these questions many times. Planting mines is a crime, as is failure to provide accurate maps of minefields,” she noted.

Currently, work is underway to restore Azerbaijan’s liberated lands. Azerbaijan will rebuild its recently liberated areas in four stages. The initial stage includes the solution of the issues of governance and security, and infrastructure, while the subsequent stages include the solution of the issues of social services activities, reconstruction, and development of the economy.

In 2021, Azerbaijan allocated $1.5 billion for the reconstruction of liberated territories, followed by AZN 2.2 billion ($1.2 billion) in 2022. These funds will be used primarily to restore infrastructure (electricity, gas, water, communications, roads, education, health, and so on) as well as cultural and historical monuments.