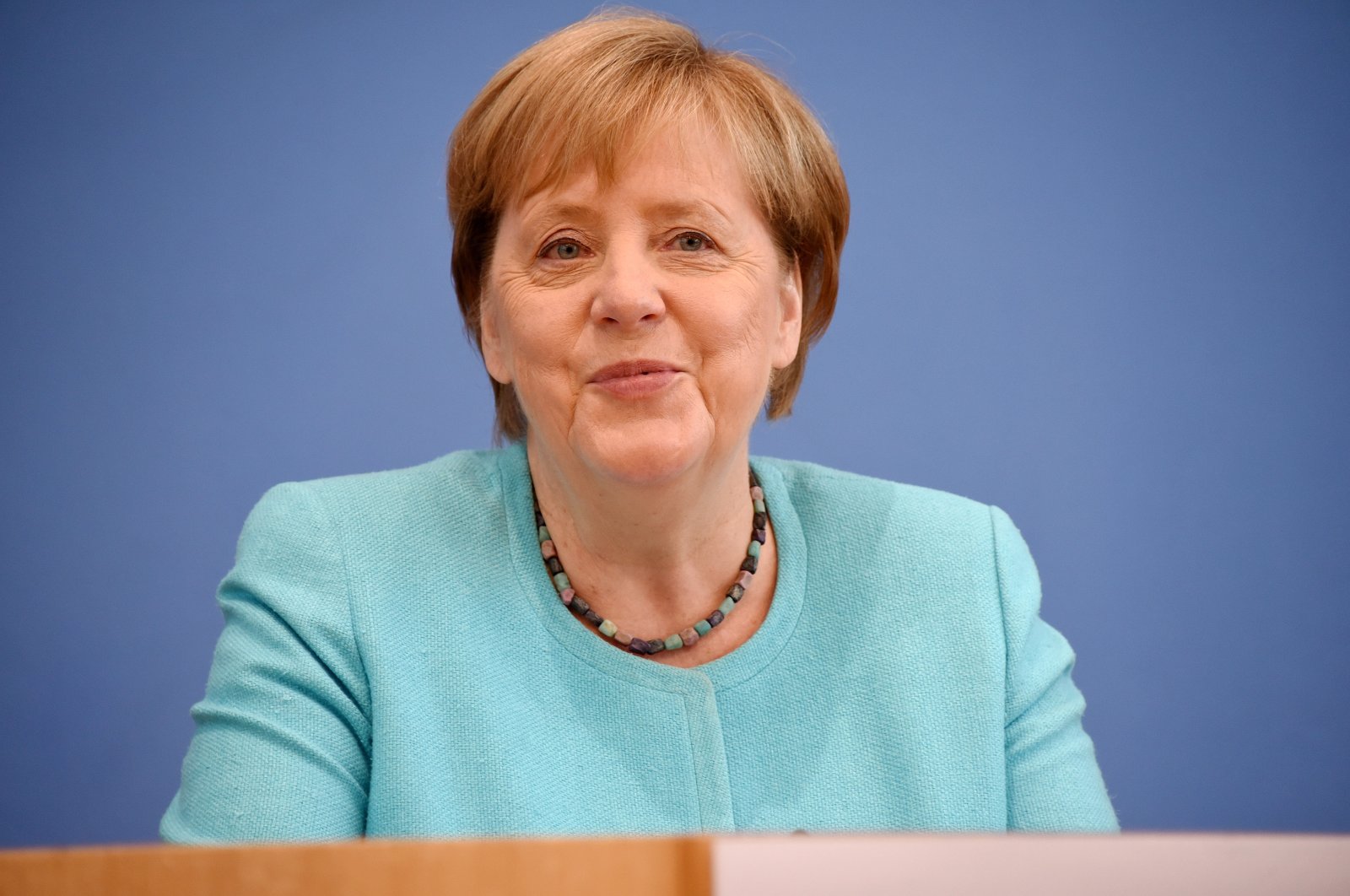 German leader Angela Merkel on Thursday reiterated her opposition to Turkey’s full membership in the European Union but voiced support for closer ties with Ankara by updating the European Union-Turkey Customs Union and a key refugee agreement.

“My political view on this is well known. I didn’t believe that Turkey would become an EU member, and I still don’t see it joining the EU. But despite this, I want to have very good relations with Turkey,” the Chancellor told a press conference ahead of general elections in September that will see her successor elected.

The outgoing conservative leader underlined that she has made strong efforts in recent months to improve ties between the EU and Turkey, and also cited how last month European leaders reached an agreement to pave the way for closer cooperation.

Merkel said the EU wants to modernize the 25-year-old Customs Union with Turkey and renew the 2016 refugee deal, which aims to stem irregular migration and provide support for Syrian refugees.

“Turkey is doing an excellent job of taking care of Syrian refugees. We provided support to Turkey, but of course, that was a small amount,” she said, referring to EU financial pledges as part of the 2016 refugee deal.

“I would like this agreement with Turkey to be further developed; this would be the best for the affected people,” she added.

The EU-Turkey refugee agreement has effectively stopped the flow of Syrian refugees into Europe, but Ankara has repeatedly criticized its European partners for not honoring their commitments.

Turkish officials said while Ankara upheld its end of the pact, the EU did not, including not fully providing €6 billion ($7.1 billion) in aid and backing away from their political commitments.

As part of the deal, the EU had promised to accelerate Turkey’s accession process, start negotiations on modernizing the Customs Union, and provide visa-free travel for Turkish nationals within the Schengen area.

Ankara has so far spent more than $40 billion of its own resources for the refugees, and officials underline that the EU should do more to share the burden more equitably.

This article originally appeared in DAILY SABAH on 22 July 2021.