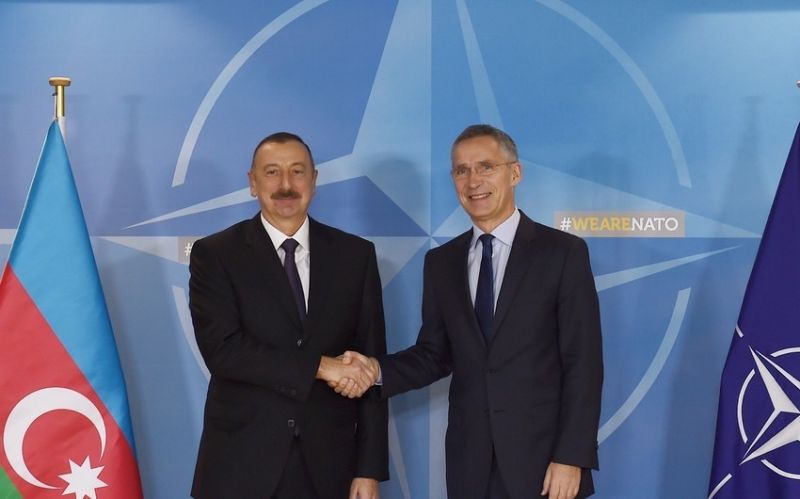 On Tuesday evening, NATO Secretary-General Jens Stoltenberg and Azerbaijani President Ilham Aliyev held a press conference after a meeting in Brussels, according to Azerbaijan in Focus, reporting Turan News.

Stoltenberg said that security and stability in the South Caucasus are important for everyone. “Azerbaijan has made an important contribution to our mission in Afghanistan, in particular, to the security of the Kabul airport,” he said.

In addition, the NATO Secretary-General touched upon the Azerbaijani-Armenian relations. “Both countries are valuable partners for NATO,” he said. “We support the normalization of relations between Azerbaijan and Armenia,” he noted.

In turn, Ilham Aliyev recalled that the Azerbaijani army was one of the last to leave the country as part of the coalition forces. He stressed that Azerbaijan is actively participating in NATO military exercises. “Azerbaijan is a reliable partner of NATO,” he said.

Ilham Aliyev touched upon the Azerbaijani-Armenian issue. “Azerbaijan is committed to peace. We are ready to establish an active dialogue and learn to be neighbors again, ”he said, noting that if Armenia shows goodwill, then Azerbaijan is ready to work on a peace agreement.

“Of course, Armenia must provide the same conditions for communication with the Nakhchivan Autonomous Republic and other territories of Azerbaijan. There are no posts in the Lachin corridor. Of course, there should be no customs posts in the Zangezur corridor either. If Armenia wants to control cargo and people, then we will open a customs post in the Lachin corridor too,” Aliyev said.

In addition, the President noted that Azerbaijan is a reliable supplier of natural gas to four NATO member states, and their number may increase.