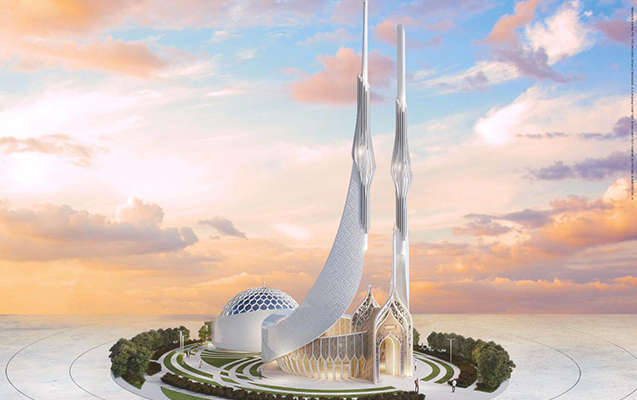 Ilham Aliyev laid the foundation for a new mosque in Shusha

The head of state Ilham Aliyev, who arrived in Shusha yesterday, laid the foundation for a new mosque and made a number of statements, according to Azerbaijan in Focus, reporting Turan News.

The new mosque will be built in the upper part of the city, at the place of demolished five-story buildings and will be the tallest building in Shusha. (The height of the minarets will be 48 meters). The shape of the mosque will symbolize number 8, and two minarets – number 11. Shusha was liberated on the 8th, 11th month, Aliyev said.

Having visited a number of cultural sites of the city, which have already been restored after the liberation of the city, Aliyev took part in the opening ceremony of the Khary-Bulbul mugam festival in the Jydyr Duzyu field.

“The Khary-bulbul festival, which we are holding for the first time after a long break, is dedicated to the memory of our martyrs, to whom we owe a debt,” Aliyev said.