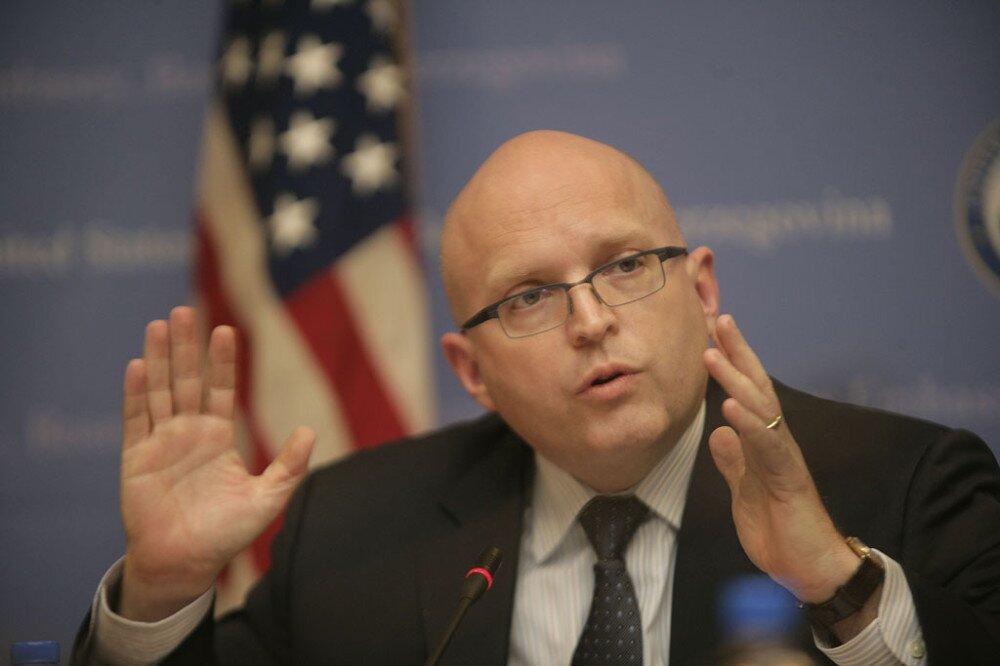 Secretary of State Antony Blinken in late August appointed Ambassador Reeker as his Senior Advisor to serve as U.S. OSCE Minsk Group Co-Chair and lead negotiator for the U.S. delegation to the Geneva International Discussions, who has visited the region twice during his tenure in this role.

“… It was always understood and expected that he would serve in this position on a short-term basis until the end of last year,” State Department spokesperson Ned Price noted during a daily press briefing.

Reeker’s departure “in no way undermines” the United States’ commitment to promote a secure stable democratic prosperous and peaceful future for the South Caucasus region, Price said. For over 30 years Reeker served in various positions, including most recently at the US Embassy in the UK as Chargé d’Affaires to the Court of St. James’s. From March 2019 to August 2021, Reeker was Acting Assistant Secretary of State for European and Eurasian Affairs.

Prior to heading the Bureau, Ambassador Reeker was Civilian Deputy and Policy Advisor to the Commander of U.S. European Command in Stuttgart, Germany. He served earlier as United States Consul General in Milan, covering northern Italy, and was Deputy Assistant Secretary of State focused on the Balkans, Central Europe, and Holocaust Issues. From 2008-2011 he was U.S. Ambassador to North Macedonia.