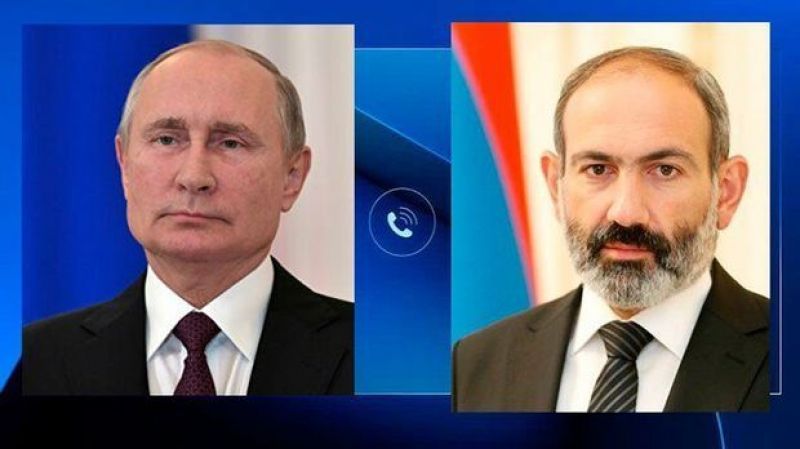 Pashinyan asks Putin to intervene in the border conflict

“During the exchange of views on the recent incident on the Armenian-Azerbaijani border, Vladimir Putin stressed the need for strict implementation of all statements by the leaders of Russia, Armenia and Azerbaijan on 9 November 2020 and 11 January 2021, first and foremost in terms of strict observance of the ceasefire.

The Russian side reaffirmed its intention to continue active mediation efforts and maintain close contacts with Yerevan and Baku in order to ensure stability in the region.

Nikol Pashinyan expressed his gratitude to the President of Russia and spoke in favour of the constructive dialogue and cooperation, with the aim of solving all problems through peaceful political and diplomatic means.

They also touched upon the restoration of economic and transport-logistical relations in the South Caucasus.

It was agreed on further contacts at various levels,” the Kremlin press service said.