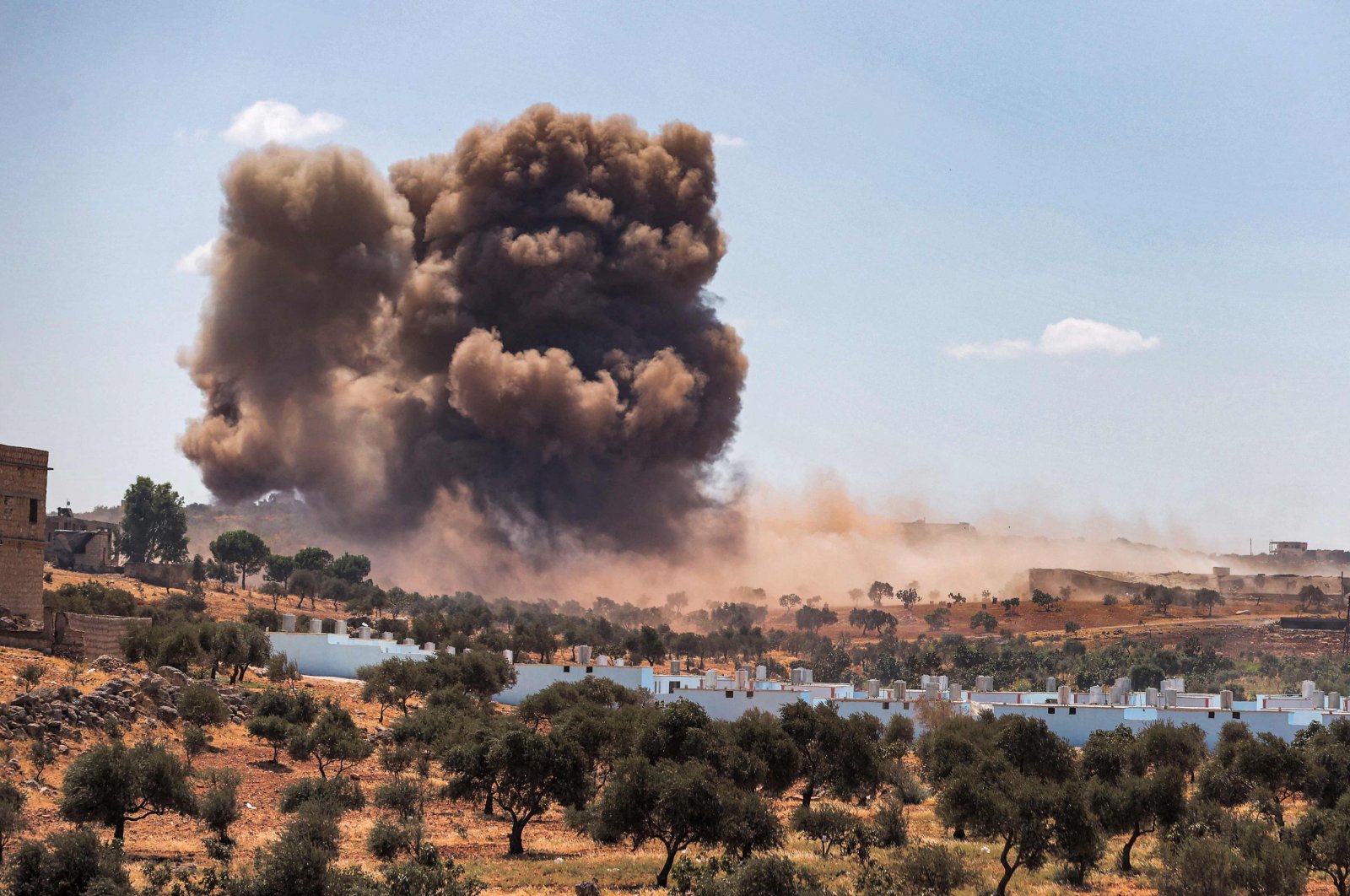 A smoke plume rising from aerial bombardment near a make-shift camp for displaced Syrians near the town of Kafraya in the north of Idlib province, northwestern Syria, Sept. 7, 2021. (AFP Photo)

Lavrov met with Egyptian Foreign Minister Sameh Shoukry at the ministerial residence in the capital Moscow. During the meeting, regional issues and relations between the two countries were discussed.

Noting that Putin and Erdoğan’s perspective on the Idlib issue guides them, Lavrov said: “These terrorist groups need to be removed from Idlib in whatever guise, and the sooner this is done, the better.”

Erdoğan and Putin discussed the latest situation in Idlib last week in a meeting in Sochi.

Turkey “remains committed” to every decision agreed with Russia on Syria, and there is “no stepping back,” said Erdoğan following the meeting.

Erdoğan also told Putin he believes there are great benefits in “Turkey and Russia keeping stronger relations each passing day.”

“The steps we have taken with Russia related to Syria are of utmost importance,” Erdoğan said. “The peace there depends on Turkey-Russia relations.”

Both leaders hailed their three-hour meeting in Sochi to discuss the Syrian conflict, describing the exchange as “useful” and “productive.”

It was the two leaders’ first face-to-face talks in 18 months. The Russian leader hosted Erdoğan at his Black Sea residence in the resort of Sochi after two weeks in self-isolation following a coronavirus outbreak among his aides. The two men, who did not address reporters after the talks, had been expected to discuss northwestern Syria where Assad regime troops and Moscow have ratcheted up airstrikes in recent weeks.

Turkey continues to fulfill its responsibilities in order to maintain the cease-fire and stability in northwestern Syria’s Idlib region, the Defense Ministry also said Sunday.

Russia and Turkey have historically had complex relations, balancing regional rivalries with finding common ground on economic and strategic interests. In recent years, the two powers have clashed in particular in Syria, where Moscow and Ankara support opposing camps in the civil war. In Syria last year they sponsored a cease-fire deal in the northwestern Idlib region, home to the last major opposition groups in northwest Syria.

This article originally appeared in DAILY SABAH on 05 Oct 2021.