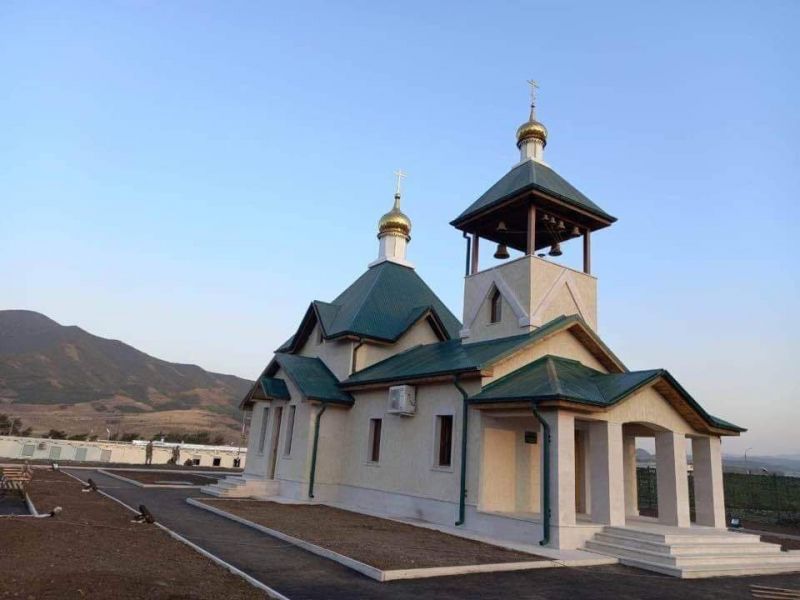 The first Orthodox church in honour of the Nativity of Christ was opened in Nagorno-Karabakh on the territory of the Russian military town near Khankendi, according to Azerbaijan in Focus, reporting Turan News, citing the TASS correspondent on Wednesday.

The ceremony was attended by Deputy Commander of the Southern Military District, Lieutenant-General Rustam Muradov and Commander of the Russian peacekeeping contingent in Nagorno-Karabakh Gennady Anashkin.

“Unfortunately, no Russian churches have survived in Karabakh. All were destroyed by the Bolsheviks in the Soviet years, and from this circumstance, the erected Russian Orthodox church in honour of the Nativity of Christ acquires sacred, historical significance,” the chairman of the Russian community of Stepanakert said at the ceremony Alexander Bodrov.

Where exactly the church is located is not reported. However, earlier it was reported about the construction of a church on the territory near the Khojaly airfield. It is also not clear whose subordination this church will be – the Baku diocese or not? There is no information about who authorized its construction and whether official Baku gave official permission for this construction.