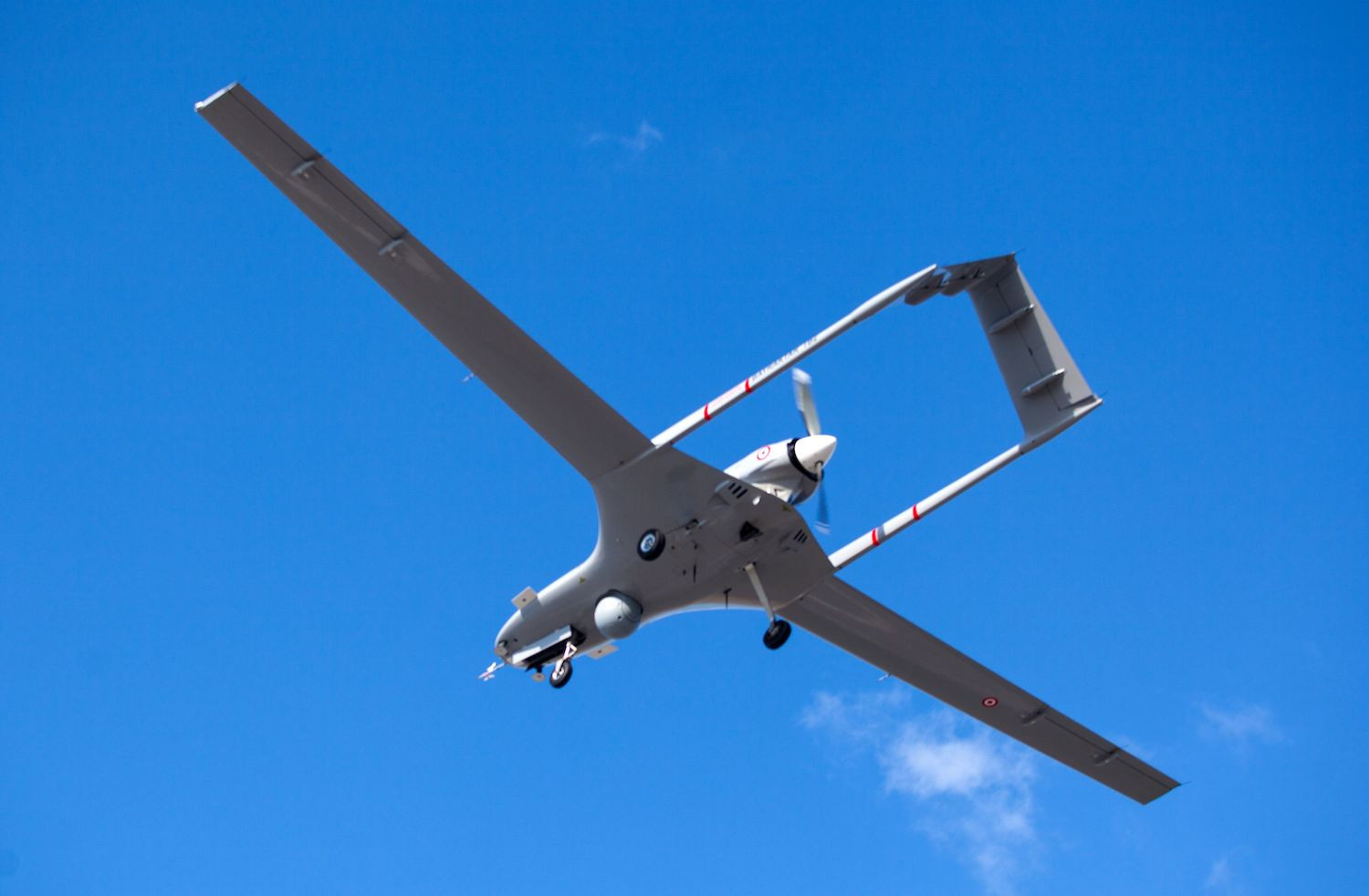 The U.S. Army Goes to School on Nagorno-Karabakh Conflict

Off-the-shelf air power changes the battlefield of the future.

When Azerbaijan took over the skies in its fight with Armenia over the disputed enclave of Nagorno-Karabakh last fall, winning the air war with commercial Turkish and kamikaze drones, one thing started to become clear to U.S. Army strategists: It’s becoming easier to hunt and kill troops than ever before—and to do so on the cheap.

With inexpensive, combat-ready drones proliferating on battlefields all over the world, in the not-too-distant future unsuspecting soldiers might get killed just by getting out of their positions for a moment to go to the bathroom.

What has become apparent after Azerbaijan routed Armenia last fall, he said, is that not only will the U.S. military no longer enjoy uncontested air superiority against peer rivals like China—something Defense Department officials have long resigned themselves to—but that poorer nations can buy themselves a respectable air force mostly off the shelf.

“What’s clear in that conflict is that a less funded nation can do combined arms warfare,” Shaw said. “You don’t have to be the United States or Russia. The price point to entry into combined arms warfare is lower than initially thought. You don’t need something like the United States Air Force, a superbly trained, spectacular capability, in order to conduct potentially a local air-to-ground or air-to-air activity.”

During the six-week conflict, Azerbaijan deployed Turkish Bayraktar TB2 drones and loitering munitions, many of them Israeli-made, to shrink the battlefield and chip away at Armenia’s armored forces as well as the logistical tail that hadn’t even reached the front lines.

As Azerbaijan rolled up more territory in the disputed region, propaganda videos showing the destruction of Armenian convoys and ammunition depots became a calling card of the new military approach. In the waning days of the conflict, Azerbaijani President Ilham Aliyev even touted a laundry list of Armenian equipment purportedly destroyed or captured, including nearly 250 tanks, 50 infantry fighting vehicles, and four Russian-made S-300 missile defense systems, as well as 198 trucks and 17 self-propelled artillery units. In mid-October, Aliyev credited Turkish drones with helping his military to destroy more than $1 billion worth of Armenian equipment.

But it’s not clear how those numbers translate into truth. Shaw said the tremendous amount of disinformation flying around on open-source networks made it difficult to figure out everything that happened in real time.

It’s also still not clear to experts that drones definitively tilt the balance toward attackers or defenders. Some think that the war in Nagorno-Karabakh is another sign that the days of the U.S. military relying on overwhelming “shock and awe” bombing campaigns, like those that marked the start of both Iraq wars, are over. Instead, the United States should prepare for a knock-down, drag-out fight, similar to attrition wars of the past.

“Basically they’re telling themselves a story through convergence and military shock and awe that they’re going to be able to create effects on an opponent that we know through history simply does not happen,” said Michael Kofman, a senior research scientist at CNA and a fellow at the Wilson Center’s Kennan Institute, referring to the U.S. Army’s current operating concept for future wars.

Automation is likely to move beyond the skies, too. Shaw, an infantry officer by training, sees weaker militaries following the U.S. lead by deploying unmanned ground and sea vehicles. “If it comes by air, it’s going to come by ground and eventually by sea,” Shaw said. “These unmanned systems are just going to proliferate because they’re cheaper, and they’re just going to get smaller and smaller.”

U.S. defense planners are already moving in that direction. Mark Esper, the former defense secretary, sought to reach the Trump administration’s goal of a 355-ship Navy by investing more into research and engineering for unmanned vessels. It’s not clear yet how the Biden administration will approach the future size and composition of the fleet, but the Navy and Marine Corps released a road map for the use of unmanned systems this month.

Meanwhile, unmanned aerial vehicles are becoming more lethal. Shaw noted that drones will increasingly resemble aerial tanks—flying, armored beasts that can pack a devastating punch. And as drones become harder to kill, troops on the ground will potentially become easier to kill, with battlefield surveillance also getting cheaper. That means the Army, which hasn’t changed its camouflage face paint pattern for more than two decades, needs to find new ways to avoid being spotted, and killed, even by a weaker opponent.

That’s creating new challenges for the U.S. style of maneuver warfare. Even communication over FM radio, which was standard operating procedure for U.S. troops fighting in Iraq and Afghanistan over the past two decades, will need to be rethought as countries like Russia are getting much more skilled at locating—and striking—units that are careless about staying unmasked on the electromagnetic spectrum.

“We need to be thinking about greater camouflage than just this,” Shaw said. “You can hide a vehicle wherever you want to hide it. Here’s what you can’t hide: the tracks that go into the position, the tank tracks, the mud rucks, or whatever. Same thing with footprints. So at the tactical [level], we’ve got to figure out how to mask our movements, mask our position, mask our headquarters.”

Shaw’s unit, which spent most of the past two decades sending specially trained advisors downrange to fight threats including improvised explosive devices in Iraq and information warfare in Europe, is closing in May, part of a previous reorganization effort by then-Defense Secretary Esper last year. An Army analysis assessed the need to use the group’s resources and manpower to prep for a major-power war.

But Shaw is busy briefing other service leaders, such as Army Training and Doctrine Command chief Gen. Paul Funk, on what he and his soldiers have learned from hours of poring over footage from the Nagorno-Karabakh fight. He has brought on a historian to write a full study of the group’s history.

And he’s hoping that the lessons from the group’s 20 years in business will stay in the Army’s bloodstream, even as service leaders turn their attention away from the wars of the Middle East to deal with an increasingly assertive China—which has also disrupted U.S. planning with increasingly accurate ranged missiles. The Army, which has long enjoyed a firepower advantage in static positions, will have to think about reinventing the wheel to be a constantly mobile force, avoiding detection and incoming fire.

“If survivability moves are constant, that increases your rate of consumption for food, water, fuel. People have to sleep,” Shaw said. “We’re going to have to have leaders who are comfortable operating under the uncomfortable.”

This article originally appeared in Foreign Policy on 30 March 2021.