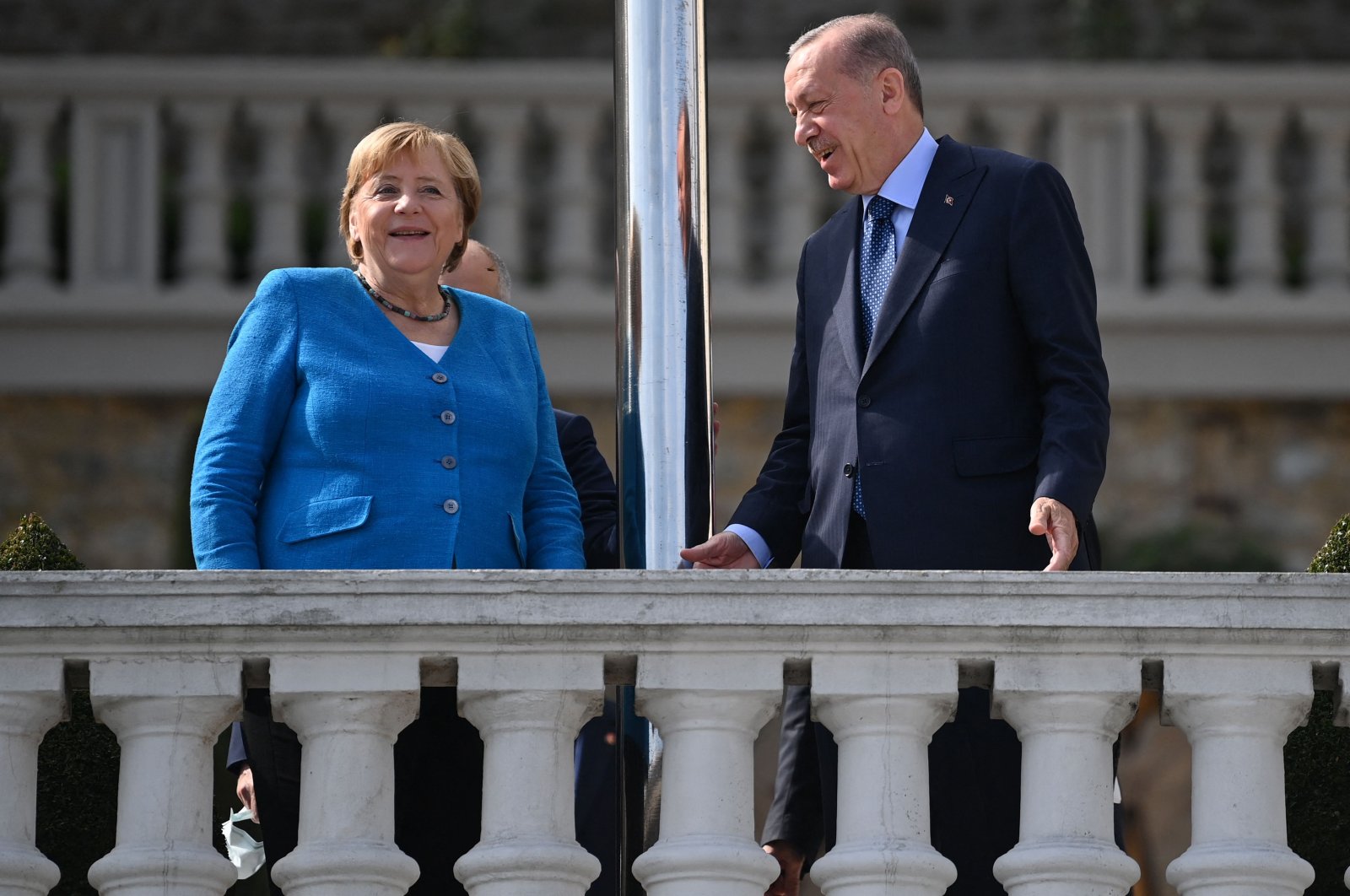 The farewell visit of Angela Merkel to Turkey began with a cordial reception that both leaders have become accustomed to as President Recep Tayyip Erdoğan welcomed the outgoing German chancellor in Istanbul on Saturday. 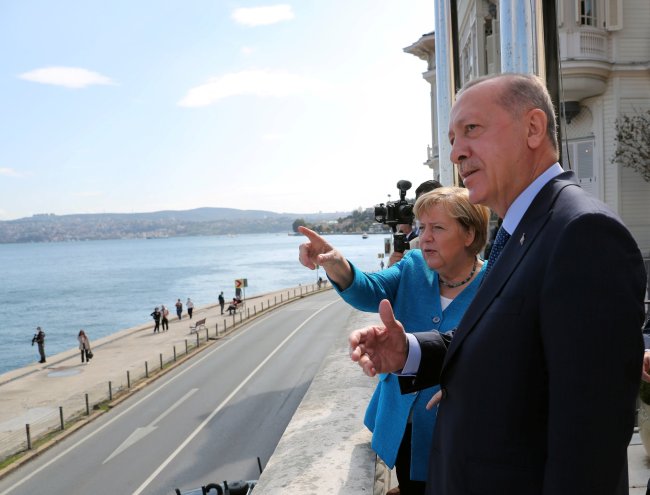 Following the one-hour meeting at the Huber Presidential Mansion in Istanbul’s Tarabya neighborhood overlooking the Bosporus, Erdoğan and Merkel briefly chatted and greeted journalists and citizens during a visit to the beach area of the mansion. Later, Erdoğan and Merkel met over lunch. 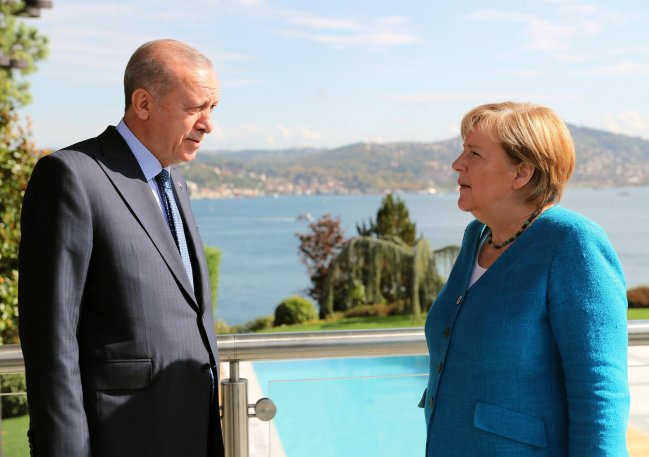 In a joint press conference following their meeting, Erdoğan expressed his pleasure to host Merkel and her delegation once again in Istanbul.

“We have established a close dialogue based on mutual respect with my esteemed friend Ms. Merkel after she started her term in 2005,” Erdoğan said, adding that the German chancellor always displayed a prudent and solution-based approach throughout their 16 years of meetings.

The president also praised Merkel for having a determining role in various crises that the EU went through over the last two decades.

“Our close dialogue with Ms. Merkel also made significant contributions in developing solutions for regional issues. Ms. Merkel never shied away from taking the initiative and bearing responsibility in a number of issues, from preventing an irregular migration crisis stemming from Syria to providing humanitarian aid to northern Syria. I especially thank Ms. Chancellor on behalf of my nation for her sincere efforts to solve the Syria crisis,” Erdoğan said.

The president said he hopes that the successful work they carried out with Merkel will continue in the same way under the new government, which is in the process of formation following German general elections in late September.

“The Turkish community in Germany constitutes our common wealth, comprising an important social aspect of our relations,” Erdoğan said. He then expressed his hope that Merkel would continue to contribute to the friendship between the two nations.

Racism, Islamophobia, xenophobia and discrimination unfortunately remain as main problems for the Turkish community in Europe, the president added.

For her part, Merkel stressed that Turkey and Germany always have common interests, and emphasized that this would be how the next federal government will see it, too.

Merkel also described Turkey as an important partner as a NATO member, pointing out that Turkey had developed quite a bit during her time in office and that the country saw its standards rise despite economic problems.

Merkel acknowledged that at times she might have made criticisms regarding human rights and personal freedoms during her tenure. Regardless, she said they always looked for solutions and that it is normal to have different points of view.

“Geostrategically, we are attached or dependent on one another. We also had detailed talks on the Taliban, refugees and Africa.” Merkel said. “Our peace and security are attached to the other.”

“We want to prevent human trafficking, it is a necessity, a condition for EU to support Turkey in this regard,” Merkel also stressed.

Ankara and Berlin are major trading partners, with Germany heading the list as a top Turkish import source and export destination for decades. The two countries also share deep cultural ties due to the presence of some 5 million people with origins from Turkey in Germany, while Turkey is among the top tourism destination of Germans along with housing tens of thousands of German expatriates.

Among other potential issues on the table are the migration issue, human rights and Turkey’s role in NATO. Turkey plays a key role in accepting refugees. The country has already taken in around 3.7 million refugees from Syria and hundreds of thousands of migrants from other countries, such as Afghanistan. 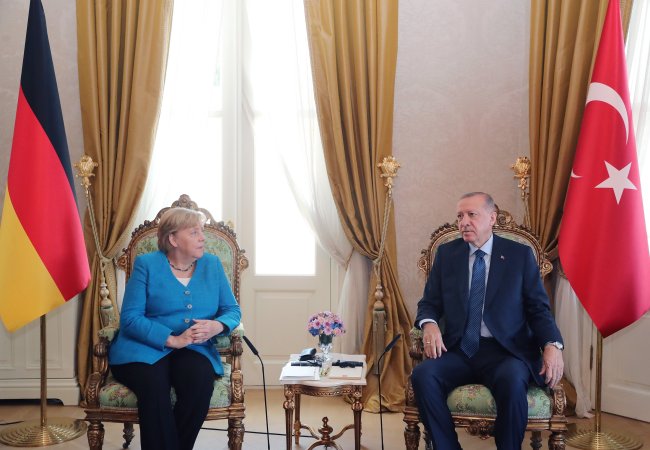 Merkel is co-architect of the migrant pact between Turkey and the EU. As part of this, Turkey receives financial support for the Syrians in the country, among other things. The EU wants to pay Turkey another 3 billion euros ($3.5 billion), money that the country could use to also support Afghans.

Erdoğan has repeatedly emphasized that his country would not accept any further refugees, for example from Afghanistan.

This article originally appeared in DAILY SABAH on 16 Oct 2021.