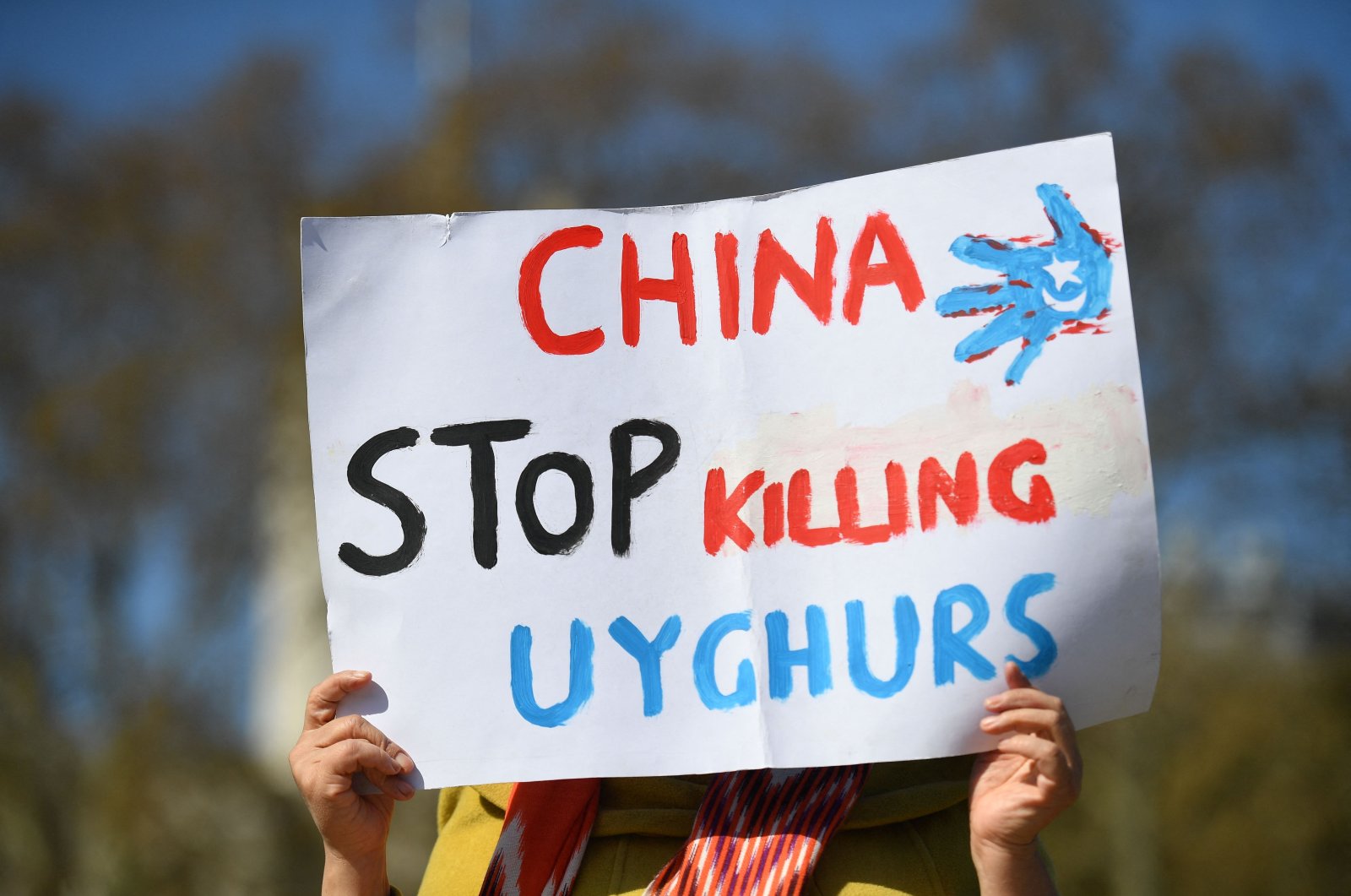 A member of the Uyghur community holds a placard as she joins a demonstration to call on the British parliament to vote to recognize persecution of China's Muslim minority Uyghur people as genocide and crimes against humanity in London, U.K., April 22, 2021. (AFP Photo)

U.K. lawmakers on Thursday approved a parliamentary motion recognizing that China’s policies against its Uyghur minority population in the far western Xinjiang region amounted to genocide and crimes against humanity.

The motion is non-binding and does not compel the British government to act. But it is another move signaling the growing outcry among U.K. politicians over alleged human rights abuses in China.

The motion was moved by Conservative lawmaker Nus Ghani, one of five British lawmakers recently sanctioned by China for criticizing its treatment of the Uyghurs.

The U.S. government and the parliaments of Belgium, the Netherlands and Canada have accused Beijing of genocide, although Canadian Prime Minister Justin Trudeau has been reluctant to use the term.

More than 1 million people have been confined to camps in Xinjiang, according to foreign governments and researchers. Authorities there are accused of imposing forced labor, birth controls and torture.

The Chinese government has strongly rejected complaints of abuses and says the camps are for “job training” to support economic development and combat “radicalism.” The government is pressing foreign clothing and shoe brands to reverse decisions to stop using cotton from Xinjiang due to reports of possible forced labor there.

Last month Britain, alongside the European Union, Canada and the United States launched coordinated sanctions against a handful of officials in China over the Uyghur issue, provoking swift retaliation from Beijing.